Vermont Governor Peter Shumlin is hesitating on his support for a bill that would mandate labeling genetically modified organisms (GMOs) in Vermont even though 90% of his constituents want it.

Why? Because Monsanto has threatened to sue the state if legislators pass H.722. 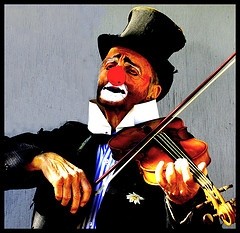 The bill is in committee, and unless the Governor forces a vote, it will die there when the legislative session ends in a month.

The governor and legislature say that while they’re in favor of the bill, it wouldn’t hold up to federal legal scrutiny, and they don’t want to spend taxpayer money on legal challenges.

Vermonters response is an offer to raise money for the state’s defense.

“A bill that once appeared destined to pass on the merits of scientific evidence, overwhelming public support, and support of the majority of Vermont’s progressive legislators, now appears doomed – unless Vermont voters succeed in changing the Governor’s mind,” says Will Allen and Ronnie Cummins, in an article on Alternet.

Last week, VTdigger.org reported: “Rachel Lattimore, a Washington, D.C.-based lawyer who has represented the Biotechnology Industry Association, Monsanto, and other biotechnology companies, told the committee and one of its attorneys that Vermont would face a lawsuit from the industry if it passed this bill.”

The Organic Consumers Association has launched a legal defense fund for Vermont and any other state Monsanto threatens to sue over mandatory GMO labeling laws.

50 countries have GMO labeling laws, in large part based upon peer-reviewed studies suggesting that GMO crops and foods are hazardous to animal and human health and the environment. says Alternet.

In the US, people are in the dark about GMOs in their food. They don’t realize that 75%-plus of soy and corn – ingredients found in just about every product – that’s not organic contains GMOs (even with confusing labels like “natural”).

If Vermont surrenders, Big Biotech will know they can easily squash these efforts with mere threats. If Vermont shows courage, it will show Monsanto that the times they are a’changin.

“Monsanto has used lawsuits or threats of lawsuits for 20 years to force unlabeled GMOs on the public, and to intimidate farmers into buying their genetically engineered seeds and hormones, says Will Allen.

When Vermont became the first state in the nation in 1994 to require mandatory labels on milk and dairy products derived from cows injected with the controversial genetically engineered Bovine Growth Hormone, Monsanto’s minions sued in Federal Court and won on a judge’s decision that dairy corporations have the first amendment “right” to remain silent on whether or not they are injecting their cows with rBGH – even though rBGH has been linked to severe health damage in cows and increased cancer risk for humans, and is banned in much of the industrialized world, including Europe and Canada.

Monsanto wields tremendous influence in Washington, DC and most state capitols. The company’s stranglehold over politicians and regulatory officials is what has prompted activists in California to bypass the legislature and collect 850,000 signatures to place a citizens’ Initiative on the ballot in November 2012. The 2012 California Right to Know Act will force mandatory labeling of GMOs and to ban the routine practice of labeling GMO-tainted food as “natural.”

A coalition of nearly 400 businesses and organizations have filed a legal petition with the U.S. Food and Drug Administration (FDA) to require mandatory labeling of GMOs. Last month, the Just Label Itcampaign delivered over one million comments in support of labeling to the FDA. It hasn’t budged.

In February, over 300,000 people including farmers, seed growers and agricultural organizations lost to Monsanto when a judge dismissed the case.