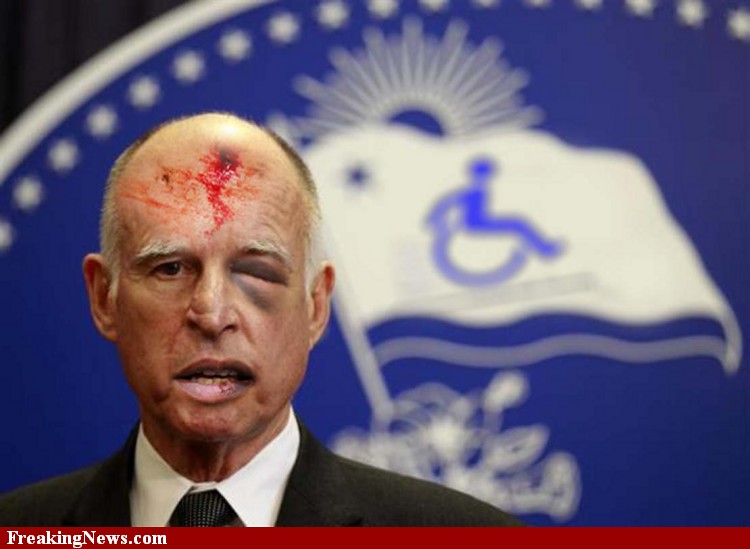 California Governor Jerry Brown warns us to address global warming or prepare to live on “another planet.”

No, this is no spoof – just the latest prattle from California’s unconventional Governor affectionately known as “Moonbeam.”

Speaking before the Greenbuild Expo in San Francisco, Brown said future generations will be living “indoors … or we’ll be living on some other planet” if we don’t address the global warming issue. He also took time to applaud California’s implementation of a hefty “cap and trade” system to limit carbon emissions, a policy economists say is likely to drive up energy costs and push businesses out of the Golden State.

Governor Brown, strangely, is not alone in his use of “outer space” to heighten alarm about global warming. Last year a study by Penn State and NASA researchers speculated that aliens, worried we might inflict the damage done to our own planet on others, might “seek to preemptively destroy our civilization in order to protect other civilizations from us.” The report specifically alluded to global warming when it stated:

“Humanity may just now be entering the period in which its rapid civilizational expansion could be detected by an ETI because our expansion is changing the composition of Earth’s atmosphere (e.g. via greenhouse gas emissions), which therefore changes the spectral signature of Earth.”

While it is unclear raising the intergalactic alarm bell about global warming will heighten public support for the Green cause – it is certain to draw media coverage whenever it is raised, and is always good for comic relief.

World Financial Market To Be Rebalanced By Currency Revaluation!