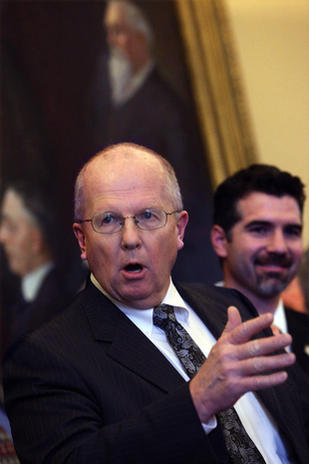 Sheriffs from San Juan, Kane and Garfield counties spoke in favor of HB155, sponsored by Rep. Mike Noel, R-Kanab (pictured), which proposes to limit BLM rangers and those forest protection officers from exercising police power over state and local laws unless someone’s safety is at risk or federal contracts are in place with local police agencies.
Laura Seitz, Deseret News

SALT LAKE CITY — Multiple rural county sheriffs from Utah testified Thursday about the abusive use of police power by Bureau of Land Management rangers or forest protection officers with the U.S. Forest Service. 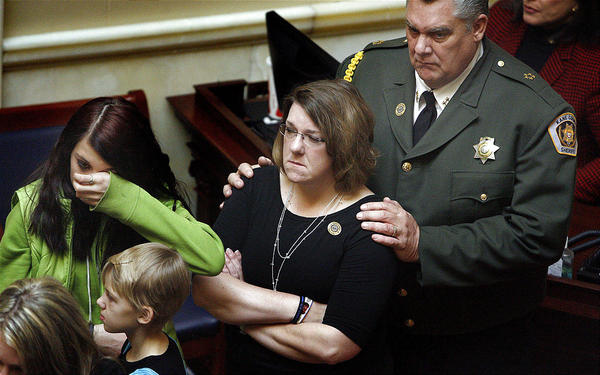 Multiple rural county sheriffs from Utah testified Thursday about the abusive use of police power by Bureau of Land Management rangers or forest protection officers with the U.S. Forest Service.

“We just have problems with this all the time with people doing this with no law enforcement experience at all. .. It is an assault on the sovereignty of the state of Utah.”

They are asserting it is time to rein in the authority the agencies should have never been allowed to exercise.

Sheriffs from San Juan, Kane and Garfield counties spoke in favor of HB155, sponsored by Rep. Mike Noel, R-Kanab, which proposes to limit BLM rangers and forest protection officers from exercising police power over state and local laws unless someone’s safety is at risk or federal contracts are in place with local police agencies.

“You cannot use our (laws) to arrest our people and issue citations,” Noel said. “We don’t believe they ever had that authority. Our chief law enforcement officer is the locally elected sheriff who is accountable to the people every four years.”

Noel tapped the expertise of Mark Ward, an attorney with the Utah Association of Counties, to explore the legal ramifications of the bill and where police power appropriately rests over federal, state and local criminal behavior.

Ward told members of the Natural Resources, Agriculture and Environment Committee during a hearing on the bill that federal land management agencies have the right to enforce federal statutes, but that is where the line ends.

“Utah does not recognize their exercise of law enforcement authority to enforce state and local laws,” he said.

Kane County Sheriff Lamont Smith said the problem of federal rangers and Forest Service protection officers overstepping their legal authority has been a problem since the mid-1990s, with federal employees often enforcing local laws absent any POST-certification training from the state.

“We just have problems with this all the time with people doing this with no law enforcement experience at all,” Smith said. “It is an assault on the sovereignty of the state of Utah.”

The sheriff relayed the story of a BLM ranger who chased down a speeding motorist on a state highway using GPS to track down the offender. Because there’s not a federal code for speeding, Smith said the motorist was written up for erratic off-road driving.

Noel said such citations become problematic because violators are forced to deal with federal magistrates often long distances away.

In contrast, San Juan County Sheriff Rick Eldredge said his county has a signed agreement with the U.S. Bureau of Indian Affairs in which violators are handled locally and prosecuted on the reservation, providing transparency and accountability in the system.

Garfield County Sheriff James Perkins said he didn’t have enough time to brief committee members on the problems he’s had with overzealous federal employees over the past few years, and his concerns have gone unanswered.

“I’ve gotten absolutely nothing but stonewalled,” Perkins said. “I’ve tried my best to work with these people.”

While the sheriffs emphasized they have often enjoyed cooperative working arrangements with federal agencies such as the FBI or Drug Enforcement Administration, it has not been the case with land management agencies, with law enforcement missions at times compromised.

Perkins said a raid on a 20,000-plant marijuana cartel garden was botched because the federal land agency conducted a “confirmation mission” the day before.

“It was a total failure,” he said.

Some lawmakers questioned if they were only hearing one side of the story and wondered aloud if there had been serious attempts to hammer out the problems.

Smith said he’d been to Washington, D.C., four times, and one exchange devolved into a screaming match with top officials of the U.S. Forest Service.

Lawmakers, too, wanted to hear from those federal agencies, but Noel said in his experience, it would likely be a top-down response from Washington that would not delve into the specifics of local examples where boundaries have been overstepped.

Meg Crandall, spokeswoman with the Utah BLM offices, said the agency was not invited to the meeting but is aware of Noel’s proposal. She added that the “strong law enforcement partnerships BLM Utah personnel have established and maintain with local law enforcement” make it possible to keep public lands safe and enjoyable for visitors.

Noel said his measure does not apply to agencies such as the U.S. Marshal’s Service, the DEA, FBI or Secret Service.

“We have tried to do it in the least intrusive manner possible,” he said.

But Rep. Merrill Nelson, R-Grantsville, said he couldn’t support the measure because it goes too far.

“This legislation crosses the line. The state is attempting to regulate federal law enforcement and their duties. … You are creating an explosive situation here,” Nelson said.

The measure passed on a 9-3 vote, with Nelson and Reps. Mike McKell, R-Spanish Fork, and Larry Wiley, D-West Valley City, voting against it.

“We The People” Of The United States Must Assert Our Sovereignty! 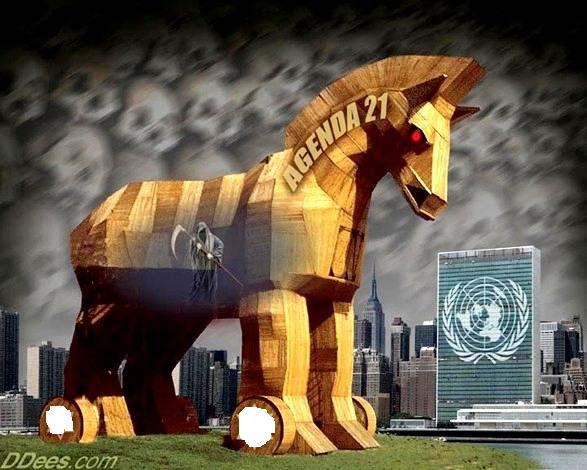