Here’s another story that underlines how ludicrous the media have been in insisting Barack Obama was a natural choice for traditional Catholic and evangelical Christian voters: CNSNews.com correspondent Fred Lucas reports Obama finished stocking the advisory committee of his faith-based initiative with a bang: one new selection was Harry ‘Goebbels’ Knox, director of the “religion and faith program” of the gay-left Human Rights Campaign.

Just last month, Knox described Pope Benedict XVI and certain Catholic bishops as “discredited leaders” because of their opposition to same-sex marriage. In addition to his remarks about the Pope, Knox also criticized the Catholic Knights of Columbus as being “foot soldiers of a discredited army of oppression” because of the Knights’ support of Proposition 8 in California last year:

Knox told CNSNews.com that he “absolutely” stands by his criticism of the pope. “The Pope needs to start telling the truth about condom use,” Knox said on Monday. “We are eager to help him do that. Until he is willing to do that and able, he’s doing a great deal more harm than good — not just in Africa but around the world. It is endangering people’s lives.”

On March 19, Knox told the San Francisco-based gay newspaper The Bay Area Reporter, “The Knights of Columbus do a great deal of good in the name of Jesus Christ, but in this particular case [Proposition 8], they were foot soldiers of a discredited army of oppression.”

The newspaper further reported: “Knox noted that the Knights of Columbus ‘followed discredited leaders,’ including bishops and Pope Benedict XVI. ‘A pope who literally today said condoms don’t help in control of AIDS.’” ….According to the Human Rights Campaign (HRC) Web site, the religion and faith program run by Knox has created “a weekly preaching resource that provides scriptural commentary to ministers and lay people interested in an ecumenical gay, lesbian, bisexual and transgender perspective on the Bible.”

The site further states that the program has set a goal of doing “faith-based transgender education in 40 diverse congressional districts across the country. Clergy participating in the program will take their congregants to Capitol Hill on May 4 and 5 as part of the ‘2009 Clergy Call for Justice and Equality,’” an event sponsored by the HRC.

Last December 19, 2009 Knox took to The Huffington Post to decry the “anti-gay” disappointments of the new Obama regime:

Yesterday, our last hope of an openly-LGBT cabinet appointee faded away. President-elect Obama has said he aimed to build a Cabinet that reflects the diversity of America. But after all his bold, first-time-ever mentions of LGBT equality — in his legendary address at Invesco Field, during his historic first speech as president-elect before a rapt crowd in Chicago — have we now disappeared? Are we not part of his America?

What can we conclude from Reverend Warren’s presence other than that inflammatory anti-LGBT viewpoints are — unlike racism, sexism or religious intolerance — an acceptable part of President-elect Obama’s vision of political discourse? Let’s face it: a religious figure — admirable works fighting poverty or disease notwithstanding — who had advocated that the California Constitution should bar interracial marriages, or women working outside the home, or Jews holding public office would never share the inaugural stage with the President of the United States. But for LGBT people, the standard remains different. 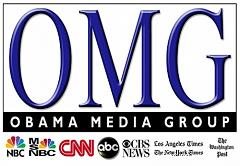 The media standard for Obama appointees is to downplay or ignore any controversy over harsh speech against traditional religions, unlike the way they played up what they saw as “fringy” Christian associations on the Bush team.

—Tim Graham is Director of Media Analysis at the Media Research Centervia New Faith-Based Obama Advisor Says Pope Is Discredited, Knights of Columbus Are An Army of Oppression | NewsBusters.org.