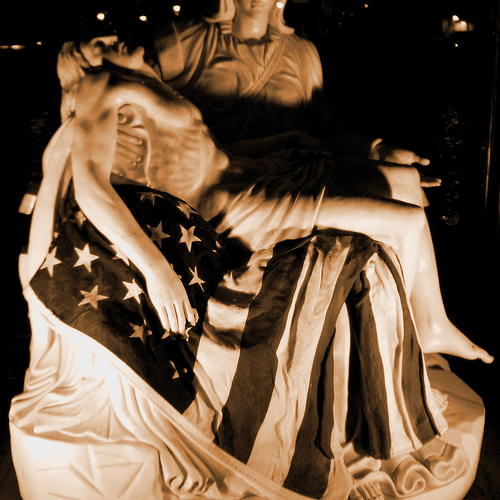 Died For Us All.

Signed on September 17, the memorial of St. Robert Bellarmine, the document provides guidance for Catholic chaplains and contract priests and deacons who may encounter ministry situations involving Catholic or non-Catholic parties in same gender “marital” relationships.

Renewed Fidelity in favor of Evangelization

As members of the Church founded by Jesus Christ to meet the needs of the baptized and to proclaim that good news about the salvation given by Him, we are also aware of His clear teaching about the danger of scandal (Mt. 18:6).

“If any of you put a stumbling block before one of these little ones who believe in me, it would be better for you if a great millstone were fastened around your neck and you were drowned in the depth of the sea.”

This world is a pilgrimage to life without end. At the conclusion of our walk through life we must stand before the Throne of Grace to give an accounting of our fidelity.

Christian Love Is Not Tolerance!

Cardinal Bergoglio (Pope Francis I) surprised many in 2001 when he washed and kissed the feet of 12 AIDS-related patients at Muñiz Hospital in Buenos Aires, saying “society forgets the sick and the poor”.

“To the weak I became weak, so that I might win the weak. I have become all things to all people, that I might by all means save some.”

A clear disservice is rendered if the truth of the Gospel is confused by the actions of those ordained to disseminate that truth.  The current situation makes it necessary to reiterate with clarity the teaching of the Catholic Church regarding homosexuality.

However, it must never be forgotten that the human condition occasions many failings. St. Paul continually reminds us of that fact in his letters to the communities of believers.

Priests ordained to minister Word and Sacrament and endorsed to serve Catholics in the Armed Forces, the Veterans Administration Medical Centers, and those who serve the US Federal Government outside the borders of the United States of America know that theirs is a twenty-four-seven vocation.  By speech, action, and example they witness to the truth revealed by the Lord in all that they do (see Eph. 4:14).

“so that we may no longer be children, tossed to and fro and carried about with every wind of doctrine, by the cunning of men, by their craftiness in deceitful wile.”

Recent changes in interpretations of the laws of the Federal Government oblige me to recall what is clearly held by the Catholic Church.  At the same time I am grateful to the Congress of the United States for its passage of renewed conscience-protection language, specifically for chaplains in the Armed Forces.

New priests lie in front of Pope Benedict XVI (L) during a mass for the ordination of new priests at St. Peter Basilica at the Vatican. AFP PHOTO / VINCENZO PINTO

Participation in retirements, changes of command, and promotion ceremonies is possible, as long as the priest is not required to acknowledge or approve of a “spouse” of the same gender.

While the tradition of the Catholic Church always tries to find reasons to bury the dead, a priest may not be placed in a situation where his assistance at a funeral for a Catholic would give the impression that the Church approves of same sex “marital” relationships (see CIC, c. 1184, §1,3º).

In the case of doubt, the Archbishop for the Military Services, USA must be consulted (see CIC, c. 1184, §2).
Lay Ministries

Obviously, anyone who is known to be in a sinful relationship is excluded from ministries in the Catholic community.  While this list is not intended to cover every situation, lectors, extraordinary ministers of Holy Communion, altar servers, catechists, and members of the Catholic Council immediately come to mind. 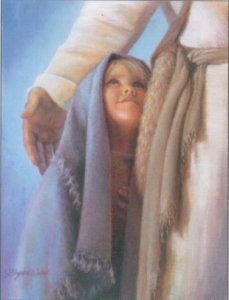 We are also mindful of the Lord’s words,

The Church must minister to all regardless of their sexual inclination.  While the invitation to conversion cannot be diluted, the door to the mercy of Christ, obtained through His Cross, must be kept open.

Priests and deacons will be guided by the principles of the Catechism of the Catholic Church (cf. nos. 2358-2359) and never forget that it is the sin that is hated and never the sinner.

In the quest for continued fidelity to the truth of the Gospel, it must not be forgotten that estimates indicate that same-gender couples represent less than half of one percent of those in the Armed Forces.

While every individual is important, such a small group cannot be allowed to mandate policy for all.

Guidance for Catholics in Command Positions:

I am not unaware that the faithful entrusted to my pastoral care also include those Catholics who exercise command positions.

They can be faced with additional questions as they fulfill their responsibilities to those above and below them in the chain of command. Consequently in response to a doubt raised by the AMS regarding the question of a person’s possible cooperation with evil, the National Catholic Bioethics Center (NCBC) stated:

Our determination is contingent on the situations in which commanders are unable to avoid such cooperation without jeopardizing their own just right to their employment security for themselves and/or their families.

This is also contingent on the commander making known his/her objection to being required to so participate, as well as on attempting through legal channels to continue to accomplish changes in policy consistent with the historic understanding of marriage and family as based on natural moral law.

Also, if without incurring a demotion of loss or downgrade of position/rank/grade or other serious harm, there is a mechanism to have others more senior in the chain of command to carry out the implementation of such policy, this should be pursued.”

Most Reverend Timothy P. Broglio
Archbishop for the Military Services 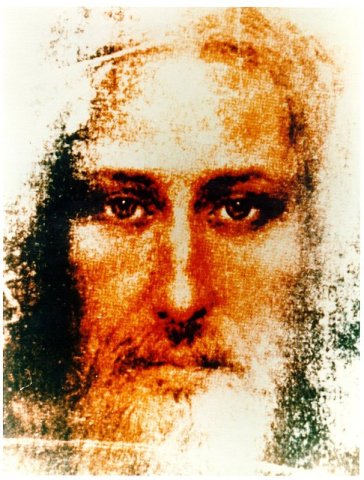 Face Of Jesus The Christ

Catholic Ardor: Jesus, I Trust In You!

← Barack Obama: “We’re five days away from the fundamental transformation of the United States.”
Obama Orders Priests Arrested If They Say Mass On Military Bases →