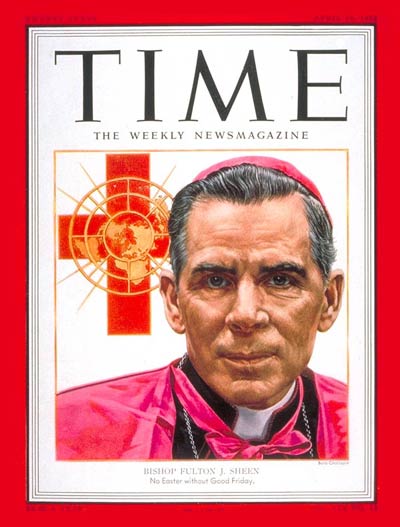 Love is not tolerance

Christian love bears evil, but it does not tolerate it.

New American Standard Bible!
“It would be better for him if a millstone were hung around his neck and he were thrown into the sea, than that he would cause one of these little ones to stumble.

It does penance for the sins of others, but it is not broadminded about sin.Christian love bears evil, but it does not tolerate it.

The cry for tolerance never induces it to quench its hatred of the evil philosophies that have entered into contest with the Truth.

It forgives the sinner, and it hates the sin; it is unmerciful to the error in his mind.

The sinner it will always take back into the bosom of the Mystical Body;
but his lie will never be taken into the treasury of His Wisdom.

Real love involves real hatred:
whoever has lost the power of moral indignation and the urge to drive the buyers and sellers from the temples
has also lost a living, fervent love of Truth.

Charity, then, is not a mild philosophy of “live and let live”;
it is not a species of sloppy sentiment.

Charity is the infusion of the Spirit of God,
which makes us love the beautiful and hate the morally ugly.

1) Contact UPS (404-828-7123; pr@ups.com) about its new pro-homosexual giving policy that effectively DISCRIMINATES against the Boy Scouts and any faith- or moral-based group that opposes homosexuality.

Under the new policy, UPS will no longer donate to the Boy Scouts because the Scouts’ “morally straight” code disallows homosexual Scoutmasters and members. 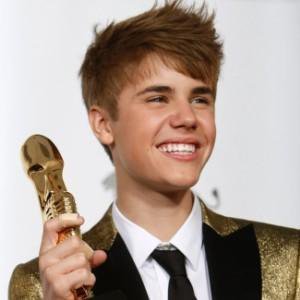 2) THANK THE BOY SCOUTS… for not caving into pressure campaigns by homosexual activists and their allies.

In the Orwellian world of homosexual activists and their liberal fellow travelers, “diversity and inclusion” have become the buzzwords of politically correct intolerance and active discriminationagainst faith-based organizations.

One long-suffering “diversity” victim is the Boy Scouts of America (BSA), which will see its sizeable grants from United Parcel Service (UPS) cease under a new UPS giving policy that requires that all grantees ban anti-gay “discrimination.” UPS reportedly gave the BSA more than $150,000 in 2010.

I believe the silent majority of Scouting parents support the Boy Scouts’ policy of disallowing openly homosexual Scoutmasters and members -– first and foremost for the protection of their boys. Most parents simply do not want nor would they knowingly allow their son to go camping or spend time in seclusion with a homosexual Scoutmaster. We agree with the BSA that sexual issues – especially surrounding aberrant sex- and gender identities – do not belong in the Boy Scouts and are an unwanted distraction.

In the wake of a recent court case forcing the BSA to release a portion of its horrifying files of Scoutmasters who sexually molested boys in their care (from 1965-1985), AFTAH has called on the BSA to release its complete “perversion” files, especially all the cases involving predatory homosexual Scoutmasters, for the public to review.

Even as homosexual activists were celebrating UPS’s pro-“gay” philanthropic announcement, the company was busy insisting that it is not “targeting” or pulling funds from the Boy Scouts — but merely laying out its new giving criteria. Under the criteria, UPS will continue to award six-figure grants to well-funded, powerful homosexual organizations like Human Rights Campaign Fund (which received a $100,000 UPS Foundation gift in February 2012) – but no longer to the beleaguered Scouts.

After inquiring about the new policy, UPS sent AFTAH the following e-mail explanation:

The UPS statement amounts to corporate doublespeak and a distinction without a difference: while UPS asserts that it is not targeting the Scouts per se, the real and immediate effect of its pro-homosexual “nondiscrimination” rule will be to end all giving to the BSA.

Moreover, the UPS statement disingenuously fails to acknowledge that it made the change only after a pro-“gay” online petition campaign targeting the delivery giant.

Henceforth, no group that fails to implement a pro-homosexual “nondiscrimination policy” will receive grants from UPS — a de facto ban on future donations to any pro-traditional-morality organization that takes a principled stand against homosexuality. As American Family Association of Michigan president Gary Glenn states, this is tantamount to active discrimination against faith-based organizations.

Homosexual activists are far ahead of social conservatives in using online advocacy to pressure corporations into accepting their demands – creating what appears to be an avalanche of public opposition through user-friendly web tools like “Change.org.”

In September, an online petition drive succeeded in pressuring computer-chip giant Intel to announce that it would not donate to the Boy Scouts until the BSA rescinded its “anti-gay” policy.  Huffington Post reports, “In 2010, Intel reportedly gave more than $700,000 to local troops and councils.”

The Intel petition drive was led by Zach Wahls, a young pro-LGBT activist who was conceived through artificial insemination to a woman who later entered into a lesbian “marriage” in Iowa. Though not homosexual himself, Wahls – as one raised by two lesbians — describes himself as “queer-spawn,” and hence part of the “LGBT community.” He formed “Scouting for All” to mobilize opposition to the BSA’s policy against homosexual members and Scoutmasters.

As part of its campaign, Scouting For All called on both UPS and Intel to live up to their “100 percent ranking” with the homosexual lobby Human Rights Campaign. Each year, HRC rates companies on a pro-homosexuality scale in its “Corporate Equality Index” (CEI). As AFTAH has reported, HRC annually ratchets up the criteria in the Equality Index so that a “100 percent” CEI rating in, say, 2011, requires a much greater commitment to homosexual and transgender activism than it did in, say, 2005.

To get a 100 percent CEI rating, as both UPS and Intel have, companies must meet all of the “gay” lobby group’s criteria. But naturally, the system is rigged: any corporation that gives grants to organizations like AFTAH, the National Organization for Marriage, and the BSA that are at odds with the homosexual activist agenda loses points in its CEI score.

It is easy to see how media-sensitive like UPS are manipulated using Human Rights Campaign’s CEI “shakedown” numbers: below are two criteria from the 2010 Equality Index:

In the last few years, Criterion 5 has propelled an explosion of major corporate grants to homosexual activist groups like HRC (as well as “gay pride” parades, etc.) — while Criterion 6 requires zero donations to groups that oppose “gay” activism (read: the Scouts).

There is no parallel to the “Equality Index” in the pro-family movement opposed to LGBT activism – leaving corporations vulnerable to one-sided pressure campaigns by HRC and other LGBT groups surrounding the now-coveted “100 percent” CEI ranking. (Major corporations now use HRC’s “equality” logo of an equal sign in their ads to tout their pro-“gay,” 100 percent” CEI credentials.)

It is only a matter of time before corporations will have to openly support and advocate for homosexual “marriage” (like Starbuck’s) to “earn” the 100-percent CEI ranking.

Ironically, last February, UPS Foundation announced its gift of $100,000 to Human Rights Campaign Foundation for its “Workplace Project” – the very project that would be instrumental in denying future UPS donations to the Boy Scouts.

The UPS and Intel capitulations are only the latest in a long string of homosexual activist actions targeting the Boy Scouts. Ever since 2000, when the Boy Scouts of America won its U.S. Supreme Court case (5-4) preserving its right to follow its own moral creed (which disallows openly homosexual Scoutmasters), the LGBT Lobby has waged an aggressive, unrelenting and strident campaign against the Scouts – demonizing the venerable boys organization as “bigoted,” “homophobic,” etc.

It should be remembered that the Scouts’ Supreme Court case (Boy Scouts of America vs. Dale) arose out of a homosexual activist’s lawsuit that flowed from a pro-“gay” New Jersey “sexual orientation” nondiscrimination law. Thus, homosexual “nondiscrimination” codes – both in government and in the private sector – have been the “Gay” Lobby’s tool of choice to mobilize against and punish the BSA.

Nationally, “sexual orientation nondiscrimination” laws have been used against other people and institutions that oppose homosexuality – ranging from Christian wedding photographers to bed-and-breakfast owners to conservative Christian employees who don’t toe the politically correct corporate line on “gay rights.” (AFTAH Board Member Matt Barber was fired by Allstate Insurance Co. in 2005 — after publishing, on his own time, an online column critical of the homosexual agenda.)

After the Boy Scouts’ narrow Supreme Court victory, LGBT activists (including the ACLU) seized upon a pressure strategy of suing to kick the Scouts off public lands – campgrounds, marinas and buildings that the Scouts had used for decades with the blessings of local communities and governments.  It worked, with the help of liberal judges.

In 2003, a federal judge booted the Scouts from leasing a campground in San Diego’s Balboa Park. In 2004, another liberal court ruling ejection of the Scouts from Connecticut’s state employees’ charitable donation program. [See this excellent column byRobert Knight for further examples of the legal assault on the Scouts.]

Lately, pro-homosexuality advocates have shifted to targeting rich corporate donors to the Scouts, pressuring them from within and without to stop giving to the “discriminatory,” “anti-gay” BSA.

Earlier this year, AFTAH covered the efforts of Ernst & Young CEO Jim Turley to use his position on the Boy Scouts’ Executive Board to lobby the BSA from within to change its policy on homosexuality. That effort ultimately failed, but only after some media reported prematurely that the Scouts had caved in on their principles.

On June 7, 2012, the BSA issued a clarifying statement that read in part:

While the BSA does not proactively inquire about the sexual orientation of employees, volunteers, or members, we do not grant membership to individuals who are open or avowed homosexuals or who engage in behavior that would become a distraction to the mission of the BSA.

Scouting believes same-sex attraction should be introduced and discussed outside of its program with parents, caregivers, or spiritual advisers, at the appropriate time and in the right setting. The vast majority of parents we serve value this right and do not sign their children up for Scouting for it to introduce or discuss, in any way, these topics.

Interestingly, in the 2012 presidential campaign, both Barack Obama and his Republican challenger, Mitt Romney, voiced their support for the Scouts rescinding their policy by allowing homosexual members and Scoutmasters.

Send Article to a Friend

This article was posted on Wednesday, November 14th, 2012 at 3:02 pm and is filed under Corporate Promotion, News. You can follow any updates to this article through the RSS 2.0 feed.
Americans For Truth