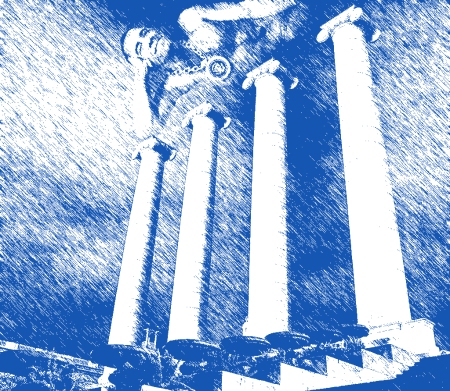 The US government may have funded studies and propaganda material which says that people will not panic, loot or go hungry in the midst of a crisis, but the fact of the matter is that history has shown otherwise.

It’s often the case that, despite countless warnings from those considered to be fringe lunatics, the vast majority of the populace is blindsided by horrific, paradigm-altering events. The signs are almost always there, but people simply refuse to believe it can happen to them. ”It” always happens somewhere else, and we get to watch it play out on television from the comfort of our living rooms.

But, as financial guru and strategic investor Bill Fleckenstein points out in the following highly insightful interview with King World News, America’s fantasy of unlimited borrowing, consumption and confidence will soon be revealed for the sham that it really is.

And when the masses realize what has happened – that the government and Federal reserve are trapped and the “great unwind” finally begins – it will lead to nothing short of widespread panic on a level never before seen.

And this time, it’ll be right outside of our front doors.

Right now, people continue to believe that the same idiots that created all of these problems, namely the central banks, are going to somehow get us out of it with the exact same policies that got us into it, only at a much higher (aggressive) level of pursuing those policies.

September 14, 2012 – Silver surged $1.40 and gold jumped $40/oz on Thursday as Fed Chairman Bernanke delivered just what the gold and silver markets were looking for: “Money from Helicopters” Ben Bernanke trotted out a new program for the central bank to issue new currency and buy $40 billion in mortgage-backed securities every month.

We’ve had so much artificial stimulus, and we’ve misallocated so much capital.  And over the couple of decades we’ve been doing this we’ve kind of broken the economy and the financial system.  So, I don’t think you can worry about what’s on the other side.  We haven’t even gotten people to understand the charade that we have.

What the masses have done over and over again is to believe one more time that it’s all going to be OK … We are in a unique moment in history.  The whole world is printing confetti, and (yet) people seem to think that’s going to work out fine.

The longer you keep pursuing insane policies, the more you pile (them) on top of each other, the worse it gets … So, when the Fed can’t print money and we have to deal with this, it’s going to be brutal.

The fact of the matter is Americans, in the aggregate, don’t see any reason to own metal.  They believe in the lunatics at the Fed, and the rest of the Western world is that way (as well).  Obviously Asia doesn’t quite see it that way.  But it’s understandable why the average American doesn’t buy gold [& silver] — If they believe in a fantasy, why would they need it?

As the fantasy dies, then they will understand the need to own gold [& silver].

As an investment adviser and strategist, Fleckenstein obviously focuses his dialogue on the financial and economic, and in this case the asset that would protect his investors from the disaster that is coming. This is not to say, however, that he is solely recommending gold as the only crisis-proof investment.

Read between the lines and if you understand the need to own gold in this environment it means you also understand why precious metals will soar in value during a crisis.

Likewise, you would no doubt understand that should gold and silver skyrocket in price, so too will other essential assets.

WHAT SENATORS GOT PAID OFF TO SUPPORT S.510 – THE ‘FOOD AUSTERITY ACT’

When the US dollar is crushed by our foreign creditors and our government can no longer support the 100 million Americans dependent on electronic government benefits to put food on the table or keep a roof over their heads, it is then that the whole system as we have come to know it goes into meltdown, complete with panic, looting, and emergency intervention under the banner of martial law.

Gold and silver are just one of numerous asset classes you should stockpile in your preparedness portfolio. A well developed crisis plan should also include other key investments such as long-term food storage, home defense tools, arable land andbarterable trade skills.

As those around you come to the realization that their world has been built on pillars of fantasy, commerce comes to a standstill and stability turns to pandemonium, those with the foresight to have insulated themselves from the worst will have, at the very least, a fighting chance.

[7] For we brought nothing into the world, just as we shall not be able to take anything out of it. [8] If we have food and clothing, we shall be content with that. [9Those who want to be rich are falling into temptation and into a trap and into many foolish and harmful desires, which plunge them into ruin and destruction.10For the love of money is the root of all evils, and some people in their desire for it have strayed from the faith and have pierced themselves with many pains.