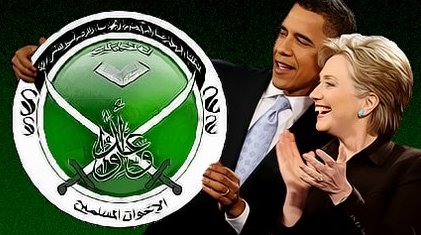 Jordan’s Muslim Brotherhood has given King Abdullah II notice that he has until October to bow to their demand to transform the Hashemite Kingdom into a [Rothschild] constitutional monarchy or face Arab Spring street pressure for his abdication.

pResident Obama has promised Jordan $1 Billion in U.S. Taxpayer’s Money, at the same time the political group known as the Muslim Brotherhood has given King Abdullah II an ultimatum to abnegate his thrown or face NWO terrorism.

This same scenario backfired on Rothschild/Obama in Egypt, where now the Muslim Brotherhood including the ex-president Mohammed Morsi sit in prison.

The CIA aka; Al-CIA-duh are also working in Iraq’s Anbar region slaughtering the Sunni majority in order to establish Shiite based headcutter’s ‘sharia law’ and to supply weapons to mercenaries to weaken Syria for Rothschild’s NWO Central Banks.

Greed with printed paper from the Rothschild Fed Reserve buys alot of mercenaries, just like Obama promised King Abdullah II $1 Billion before his pending dethronement by the Muslim Brotherhood. How Convenient is that?

Saudi Arabia, fears the oil kingdom may be next in line if its northern neighbor is crushed under the marching feet of the “Arab Spring.”

The oil kingdom’s royal rulers are reported to have belatedly woken up to the peril and are in a panic. They realize that their [misdirected] helping of Syrian rebels to overthrow Bashar Assad also misdirected their attention from the [real] enemies lurking at their own door.

Thousands of articles in the Arab press in the past year have predicted that after the [Rothschild/Obama supported] Muslim Brotherhood seizes power in Damascus, Amman would be next in its sights followed by Riyadh.

The latest Debka-Net-Weeklyof Sept. 21 analyzed the plight closing in on the Jordanian King and outlined three of his options:

He could bow to the main Muslim Brotherhood’s demand by submitting to the kingdom’s transition to a [Rothschild]  constitutional monarchy and the transfer of executive power to an MB-led government by means of the electoral reforms for which the Brothers have been pushing for years. In Jordan as in Egypt, the Brothers hope for a two-third majority in a free election.

Remember Obama Sent $1 Billion In U.S. Taxpayer Money To Egypt After Obama Overthrew Mubarak And For The Seated Rothschild Puppet Of The Muslim Brotherhood Mohammed Morsi Who Was Overthrown Within A Year On July 2013.

Obama Sends $1 Billion In Tax Payer’s Cash For CAIR’s Muslim Brotherhood In Egypt: What Obama Does Not Want You To Know!

However Egypt Was A Total Failure For The Rothschild NWO Regime.

He could stand up to the Brotherhood’s demands and order his security, intelligence and military forces to crack down on the opposition. This course carries the risk of plunging Jordan into the carnage of civil war among the diverse segments of the population. The biggest dangers come from the Bedouin tribes, whose traditional allegiance to the Hashemite throne has weakened in recent years, and the Palestinians who form 60 percent of the population.

He could seek to negotiate a compromise through various brokers. Our sources report that several attempts at mediation have been ventured of late, but got nowhere because the Muslim Brotherhood sent its most radical leaders to the table and they left very little margin for compromise.

According to sources at the royal court, Abdullah will very soon meet with MB leaders for a personal appeal for calm after years of heated debate. Most observers believe that he has left it too late and by now the Muslim Brotherhood has got the bit between its teeth.

Indeed, according to an internal memorandum leaked to the Al-Hayat newspaper, the MB has already set a date for mass demonstrations against the King to start on Oct. 10 and ordered its members to go to work at once to mobilize at least 50,000 demonstrators for daily protests against the king and the royal family until he bows to their will.

NWO ‘Regime Change’ Pamphlets Handed Out For Colored Protests In Ukraine Were The Same Handed Out By The FAILED NWO Muslim Brotherhood In Egypt!

“Every member must be dedicated to communicate with his relatives, close friends, acquaintances, fellow employees and various Islamic groups and patriots…” It calls for the formation of “hotbeds to… focus on the participation of groups affiliated with universities, schools and women’s organizations.”

Protesters are also advised on tactics for overcoming a security crackdown. Jordan’s Muslim Brotherhood has therefore moved forward from opposition propaganda, debating and political pressure to activism against the throne. Both Jordanian camps are anxiously watching to see which way the wind blows in the White House. 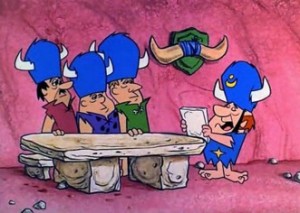 The wind blows this way:

Obama sends $1 Billion of U.S. Taxpayer money under the auspice for the influx of Syrian refugees coming into Jordan because of U.S. CIA’s colored terrorism In Syria for Central Banking Control Of The NWO. Of course this is done prior to the political Rothschild faction Muslim Brotherhood over throwing King Abdullah II. Once he is gone, then the NWO can spend that $1 Billion to secure Jordan under sharia law, keynesian economics, and secure another front on Syria for the NWO. This is the same modus operandi carried out in Egypt were the Rothschild Muslim Brotherhood failed and now sits in prison. These “Bankers Gone Wild” attempts at global control is called “Audacity”. They are Fn crazy sociopaths which is personified aptly as Adolph Hitler.

Barack Obama has a balancing act to resolve:

On the one hand, the Jordanian king has long been a staunch American ally [When America Was America] and friend, its mainstay in many regional crises.

On the other, Obama regards the Muslim Brotherhood as the linchpin of his external policy of outreach to the Muslim world.

But since Muslim Obama does not care at all about the allies of the US, and since he is working in coordination with the Muslim Brotherhood, it is easy where he will lean with all the American weight at his disposal.

Reality In The News

What If The Citizens Of The United States Knew The Truth?

Rothschild’s Media: To Control Information, To Assure NWO Propaganda, To Be Both Dominant And Ubiquitous.