NASHVILLE, April 16, 2014 – Today, the Tennessee state senate gave final approval to a bill which some supporters consider the strongest pro-hemp legislation in the country. After a 28-0 vote, the bill will now go to Gov. Bill Haslam’s desk for a signature. With the house having approved the bill by a vote of 88-5, both chambers have a strong veto-proof majority.

House Bill 2445 (HB2445), introduced by Rep. Jeremy Faison (R-Cosby), would mandate that the state authorize the growing and production of industrial hemp within Tennessee, effectively nullifying the unconstitutional federal ban on the same. 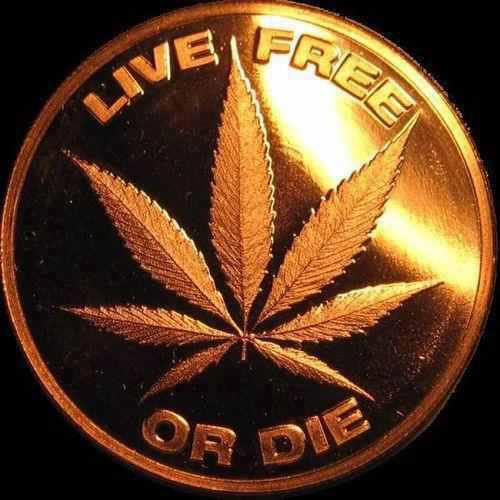 Cannabis The Most Medicinal Plant on the Planet: Nicknamed Marijuana!

The bill reads, in part:

“The department shall issue licenses to persons who apply to the department for a license to grow industrial hemp.”

Mike Maharrey, communications director for the Tenth Amendment Center, noted that one word strengthened the bill considerably. “By including the word ‘shall’ in this legislation, it has a great deal of impact,” he said. “This means that rather than keeping it open-ended like other states have done, hemp farming will be able to move forward in Tennessee whether the regulatory bureaucrats there want it to or not.”

‘Shall’ is a legal term which creates a specific requirement far stronger than a word like ‘will.’ The former is more closely interchangeable with the word “must,” while the latter allows leeway for the object of the term to delay. In this case, the bill states that the Tennessee department of agriculture will have a mandate to license farmers for growing hemp.

Three other states – Colorado, Oregon and Vermont – have already passed bills to authorize hemp farming, but only in Colorado has the process begun. Farmers in SE Colorado started harvesting the plant in 2013 and the state began issuing licenses on March 1, 2014. In Vermont and Oregon, hemp farming was authorized, but no licensing program was mandated, so implementation has been delayed due to regulatory foot-dragging.

With passage of HB2445, Tennessee will most likely become the 2nd state in the country to actively produce hemp. The legislation also ensures that not only will hemp licenses be issued, but the process for doing so will start quickly. It reads:

In other words, should the bill become law, the process in Tennessee will start no later than November, 2014.

Maharrey called this “monumental” in comparison to Oregon. That state first legalized hemp farming in 2009 but five years later, farming and production still has not begun.

Experts suggest that the U.S. market for hemp is around $500 million per year.

But, since the enactment of the unconstitutional federal controlled-substances act in 1970, the Drug Enforcement Agency has prevented the production of hemp within the United States. Many hemp supporters feel that the DEA has been used as an “attack dog” of sorts to prevent competition with major industries where American-grown hemp products would create serious market competition: Cotton, Paper/Lumber, Oil, and others.

There are as many as 25,000 uses for industrial hemp, including food, cosmetics, plastics and bio-fuel. The U.S. is currently the world’s #1 importer of hemp fiber for various products, with China and Canada acting as the top two exporters in the world.

During World War II, the United States military relied heavily on hemp products, which resulted in the famous campaign and government-produced film, “Hemp for Victory!”

Even though soil, climate and agricultural capabilities could make the United States a massive producer of industrial hemp, today no hemp is grown for public sale, use and consumption outside of Colorado, which just began production.

In February of this year, President Barack Obama signed a new farm bill into law, which included a provision allowing a handful of states to begin limited research programs growing hemp. The new “hemp amendment”

…allows State Agriculture Departments, colleges and universities to grow hemp, defined as the non-drug oilseed and fiber varieties of Cannabis, for academic or agricultural research purposes, but it applies only to states where industrial hemp farming is already legal under state law.

The farming laws in Colorado, Oregon and Vermont go beyond research and into full-scale farming and production, effectively nullifying the federal ban once production begins. Tennessee will join them, and would likely become the 2nd state in the country to actively start an industrial hemp program should HB2445 become law.

After the Speakers of each house sign the enrolled copy, it will be transmitted to the Governor for his action. The Governor is allowed ten days (Sundays excepted) after a bill is presented to him to approve or veto the bill; if he takes no action within that period, the bill becomes a law without his signature.

For All Other States: Take action in your state to push legislators to introduce and support bills to legalize hemp farming by clicking HERE