What is a “negative event” in the financial world? Or in Wall Street parlance, “bad news?” By definition, it should be something deemed to diminish an asset’s – or asset class’ – outlook. By that logic, financial markets have discounted bad news for hundreds, if not thousands of years. That is, until abusive financial technology enabled the commandeering of said “discounting process.”

Which, as it turns out, has not only created historic levels of wealth disparity, but “deformed” economic activity so dramatically, the world has been left with unprecedented levels of overcapacity, in both the public and private sectors, and history’s largest ever debt load.

Since the artificial “boom” the global economy enjoyed in the post-gold-standard-abandonment-era peaked at the turn of the century – particularly after the financial system, under unprecedented stress from Central banks’ 2000-2007 attempts to “rescue” the economy from recession, broke in 2008, covert (and overt) government control of financial markets has all but destroyed their ability to discount “good” and “bad” news.

At least, in the paper realm, where Central banks and “manipulation operatives” like the “President’s Working Group on Financial Markets” (i.e, the “Plunge Protection Team”) and the “Exchange Stabilization Fund” (i.e., the Gold Cartel) can “influence” markets via the unfettered, unregulated, printing press-funded creation of bid and ask prices.

And the same goes for “paper economic data,” as governments now have no qualms about completely fabricating data of all kinds (like China’s “6.9%” 3Q GDP growth), no matter what the physical economy – i.e., Main Street – is telling us.

As for physical markets, none are “influenced” as much as gold and silver – the so-called “canaries in the coal mine,” which threaten the very existence of said “powers that be.” Since the dawn of humanity, only gold and silver have proven their ability to serve as money – in not only providing a means of exchange, but a store of value.

Thus, in a world where control of the currency is as vital to sovereign security as a powerful military, it shouldn’t surprise anyone that gold and silver are manipulated more than any other markets. Not to mention, by the virtue of their physical scarcity – which by definition, makes they so valuable – their “markets” are easier to manipulate.

As opposed to stocks, bonds, and especially fiat currencies, of which tens of trillions’ worth trade each day. I mean, geez, we just learned this weekend that China officially added 480,000 ounces of gold to its reserves in September, or roughly $550 million worth. Which you can compare to the supposed 181,000 ounces, or $220 million worth, the COMEX (where 90% of gold price movements occur) supposedly holds in “registered inventory,” and determine if the “paper” market underlying prices should be going up or down (“paper gold” fell 2% in September).

I’ll get to the tie-in to today’s topic shortly, but first I want to share this weekend’s news and commentaries – which I’ll leave you to decide if they constitute “positive” or “negative” events for Precious Metals – and “good” or “bad” news for Wall Street. Starting with China, whose aforementioned “6.9%” 3Q GDP growth “beat expectations” of 6.8%, despite the entire world realizing China’s actual growth is likely closer to negative 6.8%. And “better than expectations” or not, 6.9% represented the worst “growth rate” since…drum roll please…2009. You know, when the U.S., Europe, Japan, and the rest of the world, irrespective of their own GDP data-goosing, purported to be in recession, amidst the worst financial crisis since the Great Depression.

Next, the escalating violence in Syria, in which none other than the Cold War superpowers, the U.S. and Russia, are taking center stage – in the U.S.’s case diplomatically; and in Russia’s, militarily. Throw in the active involvement of potential spark plugs like Iran, Iraq, Saudi Arabia, and Israel; and the collapsing global economic activity that seems to always catalyze such confrontations; and we have the potential makings of World War III. Which, even if it doesn’t happen – or doesn’t happen now – will be a significant investment risk factor for years to come; according to logic – and history – “bad news” for financial assets, and “good news” for Precious Metals.

Next, we have the horrifying start to the third quarter earnings period, in which essentially all major corporations have either missed earnings, reduced forward guidance, or both. And in many cases, announced layoffs, corporate restructurings, or the like. Which is probably why the Challenger Layoff Report suggests 2015 will be the worst year for U.S. layoffs since…drum roll please…2009.

Only this time, the percentage of high paying jobs lost will be much higher. Such as, for instance, the U.S. defense industry; which, if Lockheed Martin’s rumored reduction of 30% of its overhead actually occurs, will not only put a significant dent in the labor pool, but a dramatic dent in real wages.

To wit, Lockheed’s 2014 operating expenses were a whopping $40 billion; and though I don’t know what portion of that amount is considered “overhead,” you can bet labor is a major part of it.

Of course, it’s not just the high paying jobs that are disappearing, but the low paying jobs as well. And remember, said low paying “jobs” – such as five hour per week, minimum wage “gigs” – are the ones, along with a hefty amount of statistical fabrication, that have enabled the BLS, or Bureau of Labor Statistics, to purport job growth at all. Let alone, a multi-year low in the so-called “unemployment rate.”

Last week’s unprecedentedly bad Wal-Mart earnings report, in which it not only anticipates flat revenues in 2016, but lower earnings (which they blamed largely on government-strong-armed increases in their minimum wage) should tall you all you need to know about the direction Wal-Mart is about to take with its hiring trends.

Not to mention, the entire support structure of the world’s largest retailer – which, as this article suggests, is attempting to “offset” its cost pressures by “squeezing” thousands of its vendors. In other words, reducing global corporate profitability dramatically – which, in turn, will catalyze layoffs and capital expenditure reductions in countless, related industries.

Yes, one by one, the long-standing titans of the global economy are going down – from Deutschebank and Volkswagen in Germany, to Wal-Mart, IBM, and McDonalds in America. Let alone, the “too big to fail” banks that theoretically should be raking in the illicitly-gained “chips” from being handed free money from the Fed; which, as this week’s Goldman Sachs, Morgan Stanley, and JP Morgan earnings report depict – is decidedly not the case.

In fact, layoffs have been as intense in the financial sector as any other – as free money or not, their traditional businesses of capital formation and trade have collapsed to multi-decade lows. And now that financial markets are no longer rising, they can’t even make money from investing said free money into manipulated stock and bond markets.

And as for McDonalds – after Wal-Mart, the nation’s second largest employer – what part of collapsing same store sales and profitability am I missing? To wit, the following commentary from this article about McDonalds’ inexorable fall from grace, due to a combination of unhealthy food and heated competition. Again, I’ll leave it to you to decide if this is “good” or “bad” news for the global economy and financial markets. And by the way, McDonalds’ annual overhead is some portion of the massive $17 billion it spends on “operating expenses” – which I assure you, like its roughly two million employees, has nowhere to go but down.

“We are in the throes of a deep depression, and nothing is changing,” a franchise owner wrote in response to a financial survey by Nomura Group. “Probably 30% of operators are insolvent.” One owner went as far as to speculate that McDonald’s is literally “facing its final days.”

Worldwide, debt levels, on all levels of society, have reached unprecedented levels, by many multiples – both absolutely, and as a percentage of GDP. The latter, I might add, is dramatically understated by said “economic data engineering,” more so with each passing day. 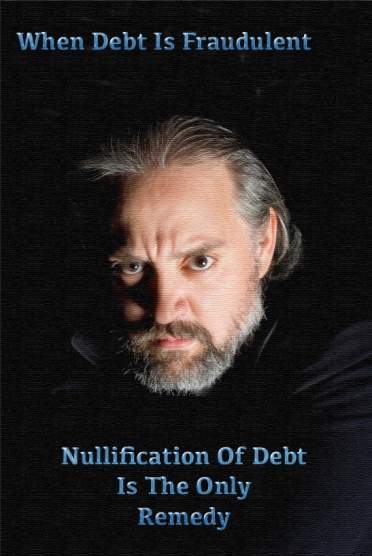 No corporation, institution, municipality, or sovereignty is immune, which is why interest rates must be held at zero (or below) indefinitely. That is, until hyper-inflation inevitably forces rates higher, no matter how much “QE” Central banks attempt.

Heck, the United States of “Financial Leadership” itself will run out of money next month – so buckle in my friends, as this year’s “debt ceiling” increase, to be announced in the next two weeks or so, will be historic.

As for said “unprecedented overcapacity,” nowhere is it more apparent than in commodity prices; i.e., the world’s largest business, where governments’ cumulatively generate far more revenue than anywhere else. Not to mention, where a substantial portion of corporate revenue emanates from as well – very possibly, the majority of it.

As we speak, the government-orchestrated “dead-cat bounce” from the CRB Commodity Index’s 40-year low of 185, achieved in late August, is fading badly – with the most important commodity to Lehman Brothers II’s Glencore’s survival, copper, down more than 2% this morning alone.

Of course, gold and silver are decidedly not “commodities” – which is why, unrelenting Cartel attacks aside,

the only markets they have any significant positive correlation to are each other.

And why, in “moments of Cartel weakness” – such as January and August’s stock, commodity, and currency swoons, they were the market’s best performers. And oh yeah, in 2008, when gold was the world’s best asset class; and silver, when accounting for the 100% physical premiums that developed as paper prices were attacked, was right there with it.

Which brings me to the article that inspired today’s piece – in which, a software engineer tried to quantify whether or not gold and silver manipulation occurs. His conclusion was that indeed it was – and thus, goldbugs should take a “victory lap.”

That said, his premises were clearly flawed, in missing the point as to how and when such manipulation occurs – such as last night’s 118th “Sunday night Sentiment” raid of the past 122 weekends, or 531st “2:15 AM” EST attack of the past 607 trading days.

Which I assure you, would not only qualify as “statistically significant,” but achieve “sixth sigma” status.

His parameters include only trading in what he deems the “wee hours”:

He also defines a “negative” or “positive” event as a 0.5% price change within one minute – which is way too restrictive a constraint.

According to these parameters, there have been 402 “positive events” in silver since 2009, and 467 “negative” events – with only gold and silver having such negative skews, amongst the numerous commodity markets tested.

Cumulatively, price changes during such silver “positive” and “negative” events have been negative $18 – which, although said parameters are clearly too restrictive – tells you all you need to know about what has occurred to paper “prices” during the 869 one-minute price change “events” since the global financial – and monetary – system permanently broke in 2008.

Such data is certainly useful when building a “mosaic” of Precious Metal “events.” Which, to fully “paint the picture,” must include:

All of which, indisputably, were decidedly “positive events” for Precious Metals, and “bad news” for everything else.

Which, unfortunately for said “powers that be,” are trends that cannot, and will not, reverse until the entire monetary system implodes, and demand for real money – i.e., gold and silver – goes parabolic.