Nothing worries Catholics more than the reporting of statements made by Pope Francis. Inevitably for any public figure, extensive remarks get dissected for sound bites as a way of framing a story without much regard for context.

When the leader of the 2000-year-old Church offers ad hoc remarks, that impulse gets married to a lack of understanding about Catholic teaching as well as the internal integrity of the statement itself.

Unfortunately, that seems to be as true with a formal papal encyclical as it is with off-the-cuff remarks from Pope Francis.

The paper serves the effort promoted by his two immediate predecessors to inspire Catholics around the world to a new effort in evangelization of the Gospel, not only through proclamation, but more through personal effort to witness and serve their communities through the Scriptures.

Inevitably, Pope Francis’ comprehensive discourse about evangelizing in modern times turned to economics – and just as inevitably, the reaction focused more on sound bites than the continuity of the teachings within it.

Huffington Post, for example, headlined its coverage in part by noting that the Pontiff “attacks ‘Idolatry of Money’” within it. For Catholics, a Pope warning about the idolatry of money or any other worldly good hardly qualifies as breaking news.  Other news media focused on Francis’ attack on “unfettered capitalism.”

Unfettered means “release from restraint or inhibition”. This was exactly what was put into play in 1999 when Bill Clinton repealed The Glass Steagall Act allowing Rothschild International banking cabal to practice Keynesian economics.

This is exactly what Rothschild’s cabal wants, to overthrow Capitalism for Keynesian economics aka; ‘paper derivatives’ instead of gold backed currency. But while this is taking place ‘the ruse’ rothschild is stockpiling gold for an eventual return to the gold backed currency. This will be done when he bilks America with $trillions of ‘fiat’ paper currency leaving us with an unbelievable amount of worthless paper that is so watered down we will have literally nothing left.

This uncoupling of The U.S. from the gold backed Capitalism was performed by Richard Nixon in 1971, then in 1991, Bill Clinton ‘unfettered’ capitalism from the restraints of The Glass Steagall Act and the Housing Bubble and all the other paper Bubbles took place watering us down into this nice depression. -Volubrjotr

The reaction across the political spectrum suggested that Pope Francis was breaking with the supposedly ultra-conservative Pope Benedict XVI on emphasis if not entirely on teaching, while others accused Francis of betraying the Cold War legacy of soon-to-be-canonized John Paul II by embracing socialism rather than the free-market economics that liberated Poland and Eastern Europe.

The People vs The Banks ~ Without Firing A Shot: Catholic Subsidiarity!

However, a thorough reading of Evangelii Gaudium in the context of the Catechism promulgated by John Paul II fails to substantiate these accusations or celebrations.

It’s true that Francis has scalding criticisms of dysfunctional capitalism [aka; Keynesian Economic] as an end in itself. One has to consider that in the context of his front-row seat for the Argentinian version of it, where crony capitalism [aka; Keynesian Economics] creates a huge distortion in the distribution of goods and the winners corrupt government to perpetuate those outcomes.

Argentina hardly holds a monopoly on that development, though, and where gaps of inequality and poverty in these economies grow, criticism of those outcomes don’t make one a socialist.

Indeed, Francis even includes a disclaimer against “an irresponsible populism,” even while blasting economies that “attempt to increase profits by reducing the work force and thereby adding to the ranks of the excluded” in the same sentence.

For those familiar with Catholic teaching on economics, Pope Francis speaks in a consistent voice with his predecessors.

The Catechism teaches on the tension between the “universal destination of goods” and the respect due to the right to private property and its disposition (paragraphs 2401-2449, especially).

The former refers to the intent of God in granting all of humanity dominion over the entirety of Creation for the promulgation of the common good, and the necessity of respecting the responsible use of private ownership for the flourishing of the family and the community.

These concepts transcend ideology by focusing on outcomes over philosophical positions. The Church’s mission is to deal with the reality of those outcomes, with an emphasis on supporting the poor and the disenfranchised through the positive work of believers.

That’s the point that the media missed. Almost all of the coverage of the document failed to note the actual purpose of the apostolic exhortation, which was to evangelize in the real world. The criticisms of [Unfettered] capitalism – and there are more than a few lines devoted to them – frame part of the challenges faced by those who wish to evangelize, especially those who make idols out of political or economic ideologies.

The Gospel, Pope Francis insists in Evangelii Gaudium, transcends those by reminding us to be mindful of the human cost of markets, and to feel the pain of those who are impoverished rather than dismiss them as mere statistics – like “the 47 percent,” for an example.

The central point for Catholics is to evangelize the Word of God through proclamation and service, and not “capitalism,” or “socialism,” or “utopianism.” Francis scolds governments for not structuring their economies better to prevent injustices, but the emphasis in Evangelii Gaudium is on individual action.

Roman Catholic Popes Have All Denounced Free Mason’s New World Order: If You Believe Otherwise You’re A Victim Of The Banker’s Propaganda.

Finally, one has to consider just what this means for Catholics who see market-based economics as an overall benefit rather than a hindrance to human flourishing.

History shows that properly-regulated use of private property in market-oriented systems delivers the fastest and broadest rise in living standards than any other system devised, especially centrally-controlled economies that produced massive disasters throughout the 20th century.

If Pope Francis takes dysfunctional capitalism [aka; Keynesian economics] to task in Evangelii Gaudium almost exclusively, that is a silent testament to the recent recognition of that historical track record and the discrediting of those monstrous command economies that created a lot worse evils than just poverty, although they produced more than their fair share of that as well.

In fact, as Ross Douthat noted in The New York Times this weekend, Catholicism has an answer for that point, too. Near the end of the exhortation, Francis notes that the state has a responsibility to promote the common good through “the principles of subsidiarity and solidarity.”

The key concept of subsidiarity in Catholic doctrine rejects Marxism [aka; socialism, communism; totalitarianism] and command economies, teaching that “a community of a higher order should not interfere in the internal life of a community of a lower order” (paragraph 1883).

FYI: Did you know Rothschild hired Marx to write a social doctrine to be employed to “collectivize” societies? This doctrine was named communism first employed in Russia by a Rothschild employee named Vladimir Lenin in 1917.

Catholic Church Does Not Condone Communism.

The decree was confirmed; 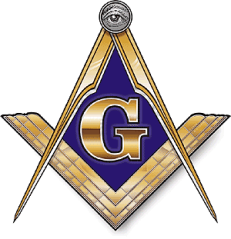 It specifically rejects “all forms of collectivism” and “sets limits for state interventions” (paragraph 1885).

Subsidiarity and solidarity together promotes “the just hierarchy of values” (paragraph 1886), and opposes “[t]he inversion of means and ends” that “engenders unjust structures” that render the Christian life “difficult and almost impossible” (paragraph 1887).

When that happens, the Church teaches that inner conversion will result in individual action to bring remedies to social institutions and unjust structures.

“This is the path to charity,” the Catechism instructs, “that is, of the love of God and neighbor.”

Pope Francis uses a small part of Evangelii Gaudium to challenge Catholics not to invert the means over the ends, i.e., to fall so in love with economic philosophies as to become blinded to their pitfalls and negative outcomes.

Far from demanding top-down control over economies, Francis is exhorting Catholics to act personally when they see injustices, and in that effort bear witness to the truth of the Gospel.

If that makes us uncomfortable – and clearly that part of Evangelii Gaudium will do so for Catholics inclined to support market-based economics – it serves as a reminder not to dull our senses so that we grow deaf and blind to the sufferings of the poor, just as the Gospel demands.

In the following article InfoWars does a video clearly stating Jesuits have nothing to do with the Illuminati who are the Rothschild henchmen for Socialism aka; “collectivism” of finances to the Rothschild Banking System.

At 1:08 on the video timeline you will hear where the Illuminati was founded in pure opposition to the Catholic Jesuits.

Back to Pope Francis Exhortation:

Near the end of the exhortation, Francis notes that the state has a responsibility to promote the common good through “the principles of subsidiarity and solidarity.”

This statement directly rejects Rothschildism aka; socialism, aka; collectivism. How can it be then, that InfoWars knowing the Jesuits have nothing to do with the Illuminati and Pope Francis stating that the “state” must promote common good through “the principles of subsidiarity and solidarity”, can they then write an article that says Pope Francis calls for Worldwide Socialism?

The key concept of subsidiarity in Catholic doctrine rejects Marxism [aka; socialism, communism; totalitarianism] and command economies, teaching that “a community of a higher order should not interfere in the internal life of a community of a lower order” (paragraph 1883).

Will this video remain on youtube, will InfoWars say it was a “mis-statement”?

Here’s another inverted article about the Pope’s Position On ‘share the wealth’:

Pope Francis Warns Against The “Prêt-à-porter” Of Wealth Distribution That Advocates “Depravity Of Free Will”.