Hannibal The id Of Rothschild

It can continue raising interest rates and risk popping the stock market bubble (among other balloons) it has inflated over the last 9 years. Or it can hold rates at the current artificially low rates and risk a currency crisis.

That’s it. That’s the corner the Fed and other world central banks have backed themselves into. They’re stuck between a rock and a hard place.

The cycle is pretty clear if you step back and look at it. After a crash, central banks push down interest rates and effectively “print” money through bank credit expansion.

As a result, market interest rates fall below natural market levels. This sets the boom in motion. Consumption and investment increase. Jobs get created. The economy expands.

We’ve certainly seen that over the last several years. It’s most obvious in stock markets, which continue to flirt with record levels. As Yahoo Finance reported last spring, analysis shows that 93% of the entire stock market move since 2008 was caused by Federal Reserve policy. Bond markets also appear to be in bubble-mode.

As economist Thorsten Polleit explained in a recent article on the Mises Wire, the boom is built on shifting sand.

When interest rates return to their normal levels, the whole thing goes bust. 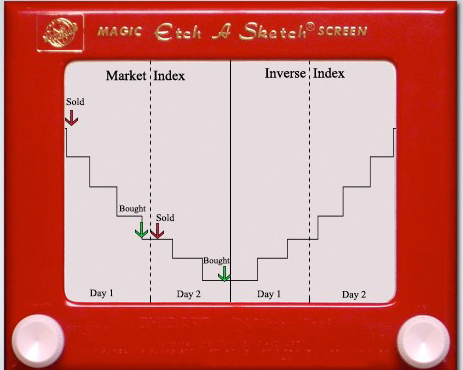 To keep the boom going, the central bank must keep interest rates below their natural levels.

It cannot raise them back to ‘normal.’

So why is the Fed looking to raise rates? There are several possible answers. Yellen and company may actually believe the economy has recovered enough to justify it. They may want to pull short-term inflation adjusted interest rates out of negative territory.

But more likely, they probably simply realize the economy is due for a recession. If they don’t raise rates and shed some of their balance sheet, they won’t have any “bullets in their gun” to deal with the next downturn. You can’t drop rates when they are already close to zero.

So, the Fed finds itself stuck between the proverbial rock and a hard place. It wants to raise rates, but their could be nasty consequences. Economist Ludwig von Mises put the choice in stark terms.

There are two alternatives. 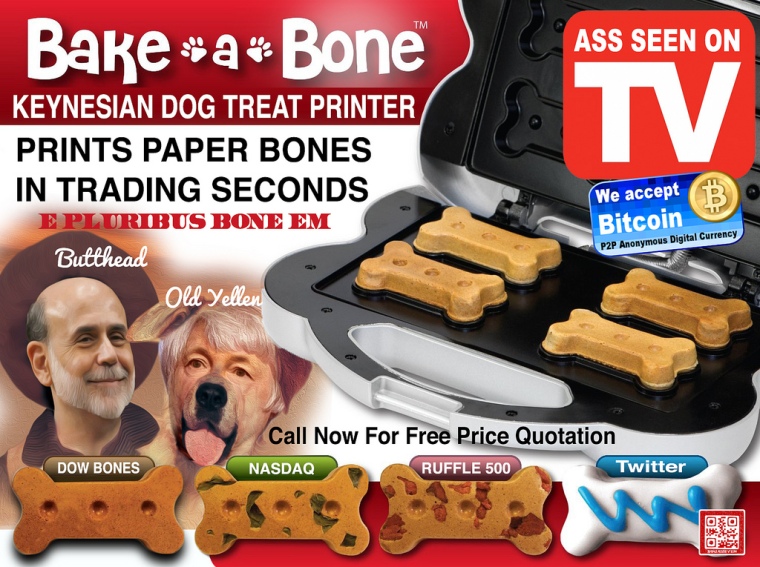 It remains unclear which path the Fed will ultimately travel. It keeps hinting at further interest rate hikes and a pruning of its balance sheet. On the other hand, the European Central Bank appears fully committed to maintaining its extraordinary financial intervention in order to keep air in the bubbles.

As we pointed out earlier this week, both roads are a path to economic doom.

Peter Schiff has argued when push comes to shove, the Fed will not aggressively move forward with normalization if it means crashing Wall Street.

As he put it during a CNBC interview last summer, the Federal Reserve will ultimately sacrifice the dollar on the altar of the stock market.

Polleit said investors seem to agree with this assessment.

Given current bond and stock market valuations, investors seem to be fairly confident that the Fed will succeed in keeping the boom going, that the central bank will not overdo it in terms of raising interest rates.”

But as we’ve seen, that’s not necessarily good news. Heroin keeps an addict happy. But it certainly won’t keep him healthy. Polliet offers some insight for investors to consider given the current circumstances.

The investor should be aware of the damages caused by fiat money — for instance, boom and bust. At the same time, he should not run for the exit prematurely: The fiat money system might be held up for longer than some may fear and others might hope, so that keeping inflation-resistant assets may be more rewarding than betting on an imminent system crash.”

Historically, gold and silver have provided excellent hedges against inflation. In fact, many consider precious metals the ultimate inflation-resistant asset.