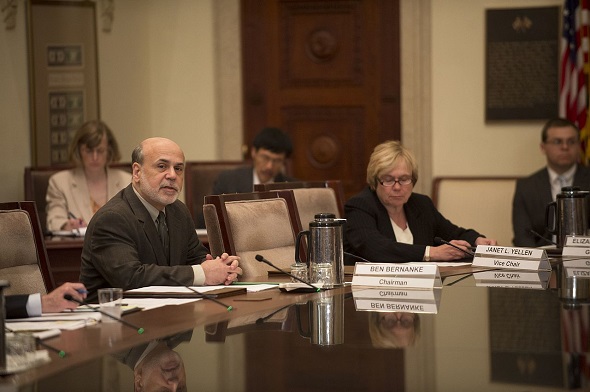 America is partying like its 1928 – right before the crash the kicked off the Great Depression. Some analysts believe the next crash is looming on the horizon. What will spark it? That remains to be seen. But no matter what the catalyst turns out to be, Mark Thornton says the cause will be the same as the last several collapses – Federal Reserve policy. Therefore, we should dub it the Bernanke-Yellen Bubble-Depression This article by Thornton was originally published on the Mises Wire.

In a recent article I advocated for a new way of naming business cycles. The new approach emphasizes the cause rather than the effect. So instead of the “housing bubble” and “financial crisis,” we should refer to the Greenspan-Bernanke Crisis. Here we will turn our attention to the current situation.

You can understand why. They sat on a housing bubble of their own making and had no idea it existed and was so massive and how entangled it was with the financial sector. At the time, they thought that everything was fine and that they could just lower interest rates if some problem appeared out of the blue. Instead, they had to bring interest rates down to zero and engaged in years of unconventional and untried monetary policies, with very little in the way of positive results. So naturally they are worried. Most are no doubt hoping for the end of their terms as central bankers to come as quickly as possible.

To complicate matters they now have trillions of dollars of government debt and mortgage backed securities on their books. They say they are going to sell off most of these portfolios, but don’t hold your breath. We heard about “green shoots” in the economy and normalized interest rates for years before we actually saw anything happen.

Treasury bond prices have been weakening and interest rates are rising. There is less demand for government bonds from overseas. The dollar is likely to weaken too. To make matters worse, the Fed’s balance sheet is $4.5 trillion, the national debt is $20 trillion, and each 1% rise in interest rates adds $200 billion to the government’s budget deficit.

At some points in history, it seems the Fed can do no wrong, i.e., the boom, while at other times; it seems the Fed can do no right, i.e., the bust. Even leaving interest rates unchanged is not a good option. Will entrepreneurs continue to add to production capacity and invest in “advanced” technologies? Will consumers continue to add to their record high debt?

When the Fed decided in January 2008 to undertake untried and unconventional monetary policy, they probably did not envision this scenario. They used these policies to paper over the problem with hopes to come out with a normal economy at the end of the process.

In addition to these measures, Austrian economists use alternative types of price measures, various measures of production, and an assortment of employment measures. All these measures are then combined to gauge the structure of the economy and whether it is strong or not. From this perspective, an increase in unemployment, a fall in prices, and a decrease in certain types of production can be seen as positive effects.

For example, the increase in consumption during the housing bubble due to mortgage refinancing increased GDP, but it also put millions of people in a financially precarious position and ultimately ruined many lives. Investment is the same. Normally, investment is a sign of a vigorous economy, but look at the investment losses during the financial crisis when housing prices crashed and many houses went unoccupied and some were ultimately condemned and torn down. Increases in government spending also add to GDP, but all those dollars are not market-determined and most government spending is of dubious or negative value to people.

These points are necessary to put the time period between the financial crisis and today into perspective. Here is what I said (October 1, 2016) at the Boston Mises Circle: “The Real Economy: What Hillary and Trump Can’t and Won’t Address“:

As a best case scenario, let us make the heroic assumption that all that (increased) government spending was really valuable, i.e., a dollar of government spending produced a dollar of consumer value, and that all those investments made between 2008 and the present will turn out great. If we take the government’s measure of the economy, i.e., GDP and adjust for the government’s measure of price increases, i.e., CPI, and then adjust that figure by the increase in population, we find that the U.S. economy grew at less than 4% over the entire period from 2008 to mid-2016. Compare that to the years during the free banking era (1837-1860) when inflation adjusted, per capita GDP growth could be 3% or even higher per year. That is stark reality.

In other words, the Fed did not fix the problem it created, i.e., the housing bubble. It papered over the problem and made it much worse. 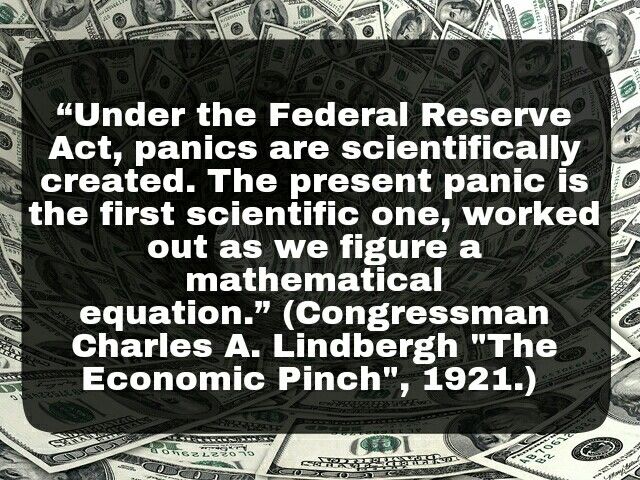