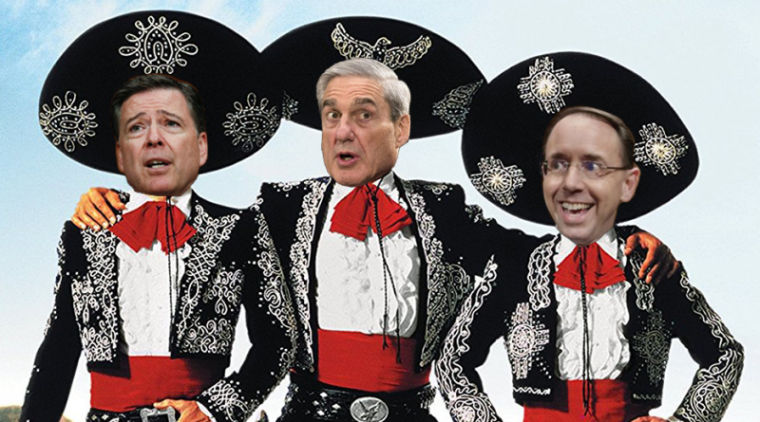 According to Mueller’s report, there were 10 “episodes” involving Trump and questions of obstruction charges.

Here are the 10 instances of ‘potential obstruction charges’ Mueller and his goons outline in the lightly redacted report released Thursday morning:

This potential ‘obstruction charge’ stems from Comey’s ‘Trump memos’ he penned shortly after Trump was sworn into office.

Comey gave this very memo to a friend to leak to the New York Times in order to prompt a special counsel investigation into whether Trump obstructed justice when he fired Comey as FBI Director.

AG Barr ruled that this is not obstruction — FAIL.

President Trump simply asked Comey to “lift the cloud” of suspicion and publicly state that the President was not under investigation — Comey privately told Trump the FBI was not investigating him, however he continued to allow suspicion to swirl around Trump to damage his reputation.

Trump also asked his own Attorney General (Jeff Sessions) not to recuse himself — how is this obstruction?

Barr ruled Trump’s reaction to the Russia hoax was not obstruction — FAIL.

President Trump exercised his Constitutional authority when he fired James Comey as FBI Director in May of 2017.

Comey refused to publicly acknowledge whether President Trump was personally under investigation or not and Trump fired him a few days later — Comey and the liars in the media said Trump fired Comey for this reason.

Barr ruled that President Trump did not obstruct justice when he fired Comey — FAIL.

Barr ruled that Trump exercising his First Amendment rights was not obstruction of justice — FAIL. 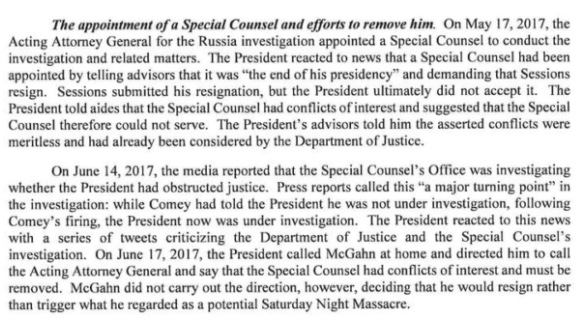 President Trump has every right to criticize and or fire his Attorney General, therefore Barr ruled that it was not obstruction — FAIL.

Barr ruled that President Trump did not obstruct justice when he directed his aides not to publicly disclose emails — FAIL.

Mueller’s report claims that President Trump instructing his own Attorney General unrecuse himself and take back control of his own Justice Department (gasp) was potentially obstruction of justice.

How dare Trump, who presides over the executive branch, tell his own Attorney General to get control over his own Department!

Barr ruled this was not obstruction — FAIL. 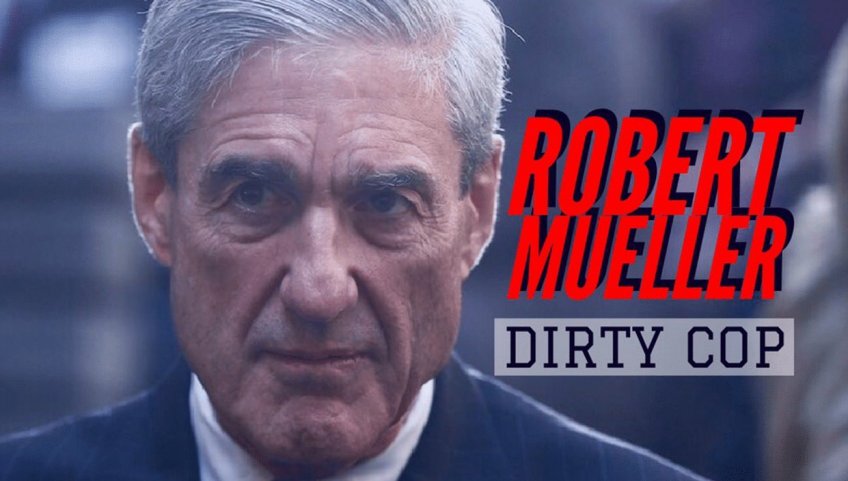 Mueller’s report somehow claims that it’s a scandal that Trump directed Don McGahn to remove Mueller because of obvious conflicts of interest – Mueller was never even fired, yet this somehow became a huge scandal in the fake news media.

Trump then told McGahn to deny he was ordered to Remove the special counsel.

Barr ruled that Trump’s conversations with his White House counsel about something that never happened [Mueller’s firing] was not obstruction — FAIL. 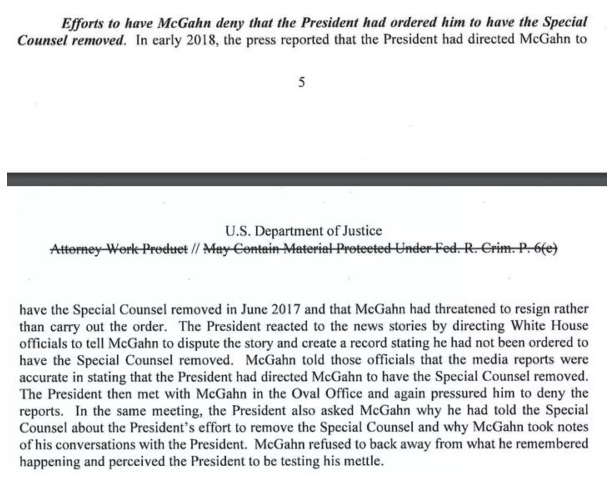 Mueller’s team twisted themselves into pretzel when they considered President Trump publicly praising Paul Manafort for “being brave” and “not flipping” during his criminal trial was potentially obstruction.

Barr ruled this was not obstruction — FAIL. 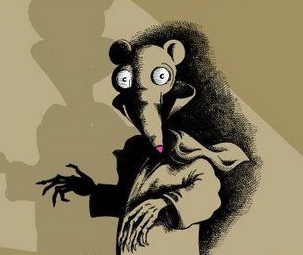 Mueller’s team of angry Democrats considered it potential obstruction because President Trump became angry with his former lawyer Michael Cohen who lied about President Trump under oath to Congress.

“But after Cohen began cooperating with the government in the summer of 2018, the President publicly criticized him, call him a “rat” and suggested his family members had committed crimes,” Mueller’s reported stated.

Omitted from Mueller’s report is the fact that Michael Cohen hired Clinton-fixer and sewer dweller Lanny Davis to represent him.

Also omitted was the fake news “bombshell” story that CNN ran in the summer of 2018, pushed out by Lanny Davis which claimed Trump had foreknowledge of the Trump Tower meeting.

Trump isn’t allowed to call his former lawyer a rat for hiring a Clinton lawyer and lying about him — Mueller’s goons considered that potential obstruction. PATHETIC.

Barr ruled that this was not obstruction — FAIL.

This is what cost taxpayers $30 million??

The 10 ‘episodes’ of potential obstruction of justice by President Trump are completely absurd which is why Attorney General Bill Barr and Rod Rosenstein concluded NO OBSTRUCTION.

Mueller’s team was desperate to pin obstruction charges on the President for the ‘crime’ of exercising his First Amendment rights and Constitutional authority.

Mueller knew he had no chance of getting Trump to sit down for a face-to-face interview, which was his ultimate goal so he could get Trump in a perjury trap.

This list of potential obstruction charges proves Mueller’s investigation was a total farce and an attempted coup — the coup that failed.

“Eminence” is high power or fame, so an “Eminence Front” is the illusion of such, as Pete Townshend indicates with the line, “It’s a put-on.”