From confused “peak oil” theorists to confused Congressmen, it’s all but impossible to hear a discussion of US energy policy without hearing the left’s tired refrain: “The United States currently uses 25% of the world oil production but has only 2% of world reserves.” The left uses this misinformation to argue against domestic oil drilling, claiming that with only two percent of the world’s reserves, we can’t possibly have enough oil in the ground to matter. 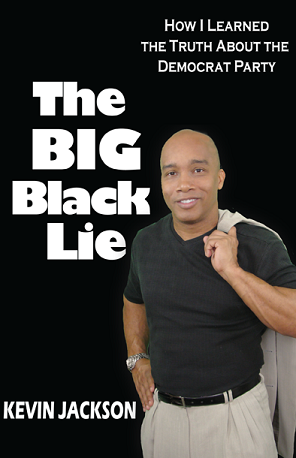 It’s a line which reminds me of Mark Twain‘s wisdom (which he attributed to Benjamin Disraeli) that “There are three kinds of lies: lies, damned lies and statistics.” Twain would be proud of these haters of fossil fuels whose “statistics” fall apart upon examination of a couple of definitions and a few pieces of data.

First, the word “reserves.” As the Congressional Research Service notes, there are several different types of reserves, classified based on their official discovery, as well as “concentration, quality, and accessibility.” The top of the “resource pyramid” is made of “proved” reserves, namely reserves of oil, natural gas, coal, or other fuel “which geological and engineering data demonstrate with reasonable certainty to be recoverable in future years from known reservoirs under existing economic and operating conditions.”

This is the most limiting definition of reserves, and of course it is the one which the left relies on when saying that we have “only two percent of the world’s oil reserves.” Specifically, the U.S. has 20.7 billion barrels of proved crude oil reserves as of the end 2009. (That’s actually up from 2008 numbers which by itself should be a clue how meaningless the left’s two-percent argument is.)

The problem with the use of the “proved reserves” statistic is that it ignores the many more billions of barrels of oil which we know exist and are likely to be recoverable on American land and just off our coasts. Since our government prevents exploration, there are massive deposits of oil (and other fuels) which are prevented from being measured adequately to be defined as “proved.” But that doesn’t make them less real.

A broader measure of fossil fuel deposits is UTRR, undiscovered technically recoverable resources. Marcus Koblitz, energy analyst at the American Petroleum Institute, sent me this “short” definition of the term: “UTRR are estimated by USGS and/or BOEMRE using advanced modeling techniques that apply knowledge of geologic formations and technical access capabilities to currently unexplored formations that are similar to producing formations in order to determine the amount of oil and natural gas in a specific area or basin.”

The UTRR numbers are remarkably high for the United States; indeed they demolish the left’s anti-drilling pseudo-logic. Or they would if the media’s talking heads would stop just accepting the 2% lie-statistic.

In particular, the United States’ UTRR for onshore oil is currently about 38 billion barrels, with the offshore technically recoverable resources coming in at a stunning 86 billion barrels. (Of this, just over half is in the Gulf of Mexico, a third in Alaska, and the rest off our Pacific and Atlantic coasts.) Our real but not “proved” resource of oil is thus about 125 billion barrels. Furthermore, the offshore numbers are based on a   report that used data from 2003, at which time oil discovery and drilling technology were far behind what they are today, the BP disaster notwithstanding. It is likely that a new survey would conclude with a substantially higher UTRR number.

Even with the outdated offshore figures, the U.S.’s total technically recoverable oil, including current proved reserves and 10 billion barrels of natural gas liquids, is estimated by our government at 163 billion barrels, eight times the number thrown around by the left.

Remembering Argentina As Rothschild’s BluePrint For The United States!

Obama Administration Continues To Ban Offshore Drilling When Gasoline Is Climbing To $5/gallon.

Yes, our total recoverable oil reserves (including proved) are at least eight times our proved reserves alone. It’s just that government keeps us from proving them.  And if that’s not enough, our UTRR for natural gas is five times our proven reserves of that resource.

Using only the proved oil reserve number of 20.8 billion barrels, the U.S. ranks 12th in the world in that category.  However, America’s UTRR of oil and natural gas combined is likely the largest in the world. (Although Saudi Arabia has more oil than we do, the majority of it is already classified as proved.) Current data for other nations is difficult to find, but a U.S. Geological Survey report from 2000 (and again, this is likely to be pessimistic from a U.S. perspective) showed the U.S. to have about one-eighth of the world’s UTRR of oil, and even a larger share of the world’s natural gas UTRR.

Thus, ranking by UTRR would put the U.S. roughly around fifth in the world for oil alone. Including all fossil fuels (oil, natural gas, and coal), the U.S. probably has the world’s largest total energy resources and is certainly in the top three. I bet you won’t hear that from a Congressman anytime soon (or at least not a Democratic Congressman). Unfortunately, you won’t hear it even on “fair and balanced” news channels, allowing an important distortion in the critical debate over our nation’s energy policy.

There are broader discussions to be had about substitution possibilities among natural gas, oil, and coal and the appropriate use of the three. What needs to be remembered, however, as we discuss an “all of the above” energy strategy for the nation is that America has abundant endowments of each. For at least a generation the U.S. will not and cannot substantially reduce its use of gasoline, diesel, and jet fuel made from oil. It’s fortunate, then, that we have so much more oil than the anti-drilling left would like us to believe since solar, wind, and biomass will not and cannot be competitive with the reliability or efficiency of fossil fuels. (Nuclear power is, but following the disaster in Japan, that debate is probably off the table for at least a couple of years.)

Now let’s address the other part of the liberal misinformation, namely the statement that America uses 25% of the world’s oil. It’s true that total consumption of energy by the U.S. hovered around 24% from 1990 through 2000. It’s been steadily declining since then as India and China’s economic growth increase their absolute and relative share of energy use. In 2007, the U.S. used about 20.5% of the world’s energy. It’s estimated to drop to 18% by 2020 as the developing world actually develops.

But the energy use figure tells you almost nothing by itself. After all, energy is used to do things and to make things. It’s the key input into economic output. Therefore, a sensible question is: “What percentage of the world’s GDP does America produce?”

The U.S.’s use of energy is remarkably efficient, and particularly in comparison to what the world is about to experience from China and India in coming years. If environmentalists are worried about the dangers of carbon dioxide (aka “plant food”) now, just wait until they get their wish and the U.S. is using relatively less of the world’s energy.

The left’s mantra that the U.S. “has only two percent of the world’s oil reserves but uses a quarter of the world’s oil production” reminds me of another Mark Twain quip: “Carlyle said ‘a lie cannot live.’ It shows that he did not know how to tell them.”  The anti-capitalist left and their useful idiot-parrots in Congress and the media know how to tell the lie about America’s energy resources, and tell it often enough that it has become common, though incorrect, wisdom.