The days of Maverick flipping a bird at a MiG while Inverted are over.

F-22 Stealth Fighter Engine made by Pratt And Whitney.

RHINO John McCain And Barrack Obama, Stopped Production Of The F-22 to Enfranchise General Electric. General Electric Controls Main Stream Media And Jeff Immelt CEO of G.E. Was Appointed By Obama To Serve On The Economic Recovery Advisory Board.

BUT G.E. JUST SHUT DOWN PRODUCTION OF THE F-35. AMERICA NOW HAS NEITHER FIGHTER JET BEING BUILT AND MORE AMERICAN JOBS HAVE BEEN DESTROYED. YOU MAY THANK BARACK OBAMA, JEFF IMMELT OF G.E. AND RHINO JOHN MCCAIN. I GUESS THE ABUSE OF STIMULATION MONEY WASN’T ENOUGH TO CRIPPLE THE UNITED STATES. WE ALSO HAD TO UN EMPLOY 95,000 CITIZENS.

Guess who makes the engine for the F-35?

Ayatollah Obama: Replace F-22 Raptor With Inferior F-35? (Too Late In The Game To Shut Down and then Rearm with inferior 35s). WWII – Admiral Nagumo Rearmed from Torpedos To Ballistic then back to Torpedos Loosing His carrier Strike Force At Midway.

General Electric Now Shuts Down The Production Of The F-35

I hate to be a conspiracy theorist, but my greatest fears about how the defense industry operates are being realized these days by developments surrounding the Joint Strike Fighter‘s power plant(s).

When you have an airplane that is already wrestling with a flyaway unit cost that is well above program estimates ($80 million versus $65 million), more than a year behind the developmental test schedule for the Navy variant, and increasingly overweight the notion of an “alternative engine” just reeks of – dare I say it – pork.

Aviation Week reports the following: “The House Appropriations defense subcommittee added $480 million to the Joint Strike Fighter research and development account to fund continued work on the alternate engine for the F-35. The Pentagon argued against funding the alternate engine for fear it would reduce the focus and resources necessary for the program of record. Lawmakers also add $200 million to the development account to address ‘unfunded information assurance requirements’ driven by Defense Dept. policy updates, the committee’s report says.”

Hmmmm . . . so Pentagon doesn’t want the alternative engine but lawmakers are shoving down their throats anyway. How can that be? Don’t congressmen get all teary-eyed when they talk about how they support the troops?

Well, let’s take a look at how this particular game is played – which happens to be a nice window into how the defense game is too often played overall.

Representative Jean Schmidt, the hawkish Republican from the Ohio district that hosts a General Electric engine manufacturing plant has once again re-inserted the alternative engine funding line into the defense budget. At the same time, Rolls-Royce, the alternative engine co-manufacturer, is calling in a couple of markers on the Hill. First, Rolls-Royce is a British company run by British people who have influence over Parliament whose members want some love because of their support for the Iraq War. Second, Rolls-Royce jumped the gun and built a huge JSF engine manufacturing facility at their plant outside of Indianapolis and the company’s lobby arm is executing a full court press to ensure that the American taxpayer pays for it (instead of Rolls-Royce shareholders).

And while – as a former Tomcat guy – I’m not overwhelmed by engines made by Pratt and Whitney, I have to believe that company is capable of making an engine that’ll work over the JSF’s service life.

The scariest part is all of this is being conducted in plain sight. Will GE and R-R get their way in an environment that is funding a war that costs $12 billion a month? Stay tuned . . .

(Photo: F-136 being tested in STOVL mode at the GE facility in Ohio.)

with a report that suggests he is trying to bring JSF jobs to the GE plant in Lynn, Mass. And check out our favorite editor Christian in this news clip.

Guess What Obama Has Accomplished?

F-22 The Most Sophisticated Fighter In The World Is Shut Down Including 95,000 Jobs During His Orchestrated American Collapse.

Don’t Forget G.E. Was Awarded The Contract To Produce The F-35 Engine Which They Shut Down.

To Shut It Down To Make U.S. Subservient To Socialist Ideals And Inferior To Russia/China.

Obama’s ‘Recovery Panel, Well Its Easy To See Who Is Serving Who.

THE J-11B IS NOT A COPY OR EVEN A DEVELOPMENT OF THE SU-27.
If you bother to read aviation articles, the J-11B is a CHINESE-DEVELOPED fighter using 100% CHINESE COMPONENTS AND DESIGN, but with a Su-27SK airframe as a jumpstart.

NOTE: THE J-11B HAS DEFEATED THE F-35 IN SIMULATED AIR COMBAT

The J-11B is a Chinese-designed, 4.5-generation, indigenous fighter jet that has EXCEPTIONALLY HIGH combat, dogfighting, and multirole capabilities (as said by Wikipedia). The J-11B is superior to the Su-27 and Su-30, and lies on a complete different generation than of the J-11A. The J-11B also has superior air-to-ground and naval strike capabilites, and is compatible with a huge variety of Chinese and Russian weapons.

A new strike variant called J-11BS has come out. Superior to the F-15K Slam Eagle.

REMEMBER: THE J-11B SPECS ARE FAR BETTER THAN THOSE SHOWN ABOVE!!! 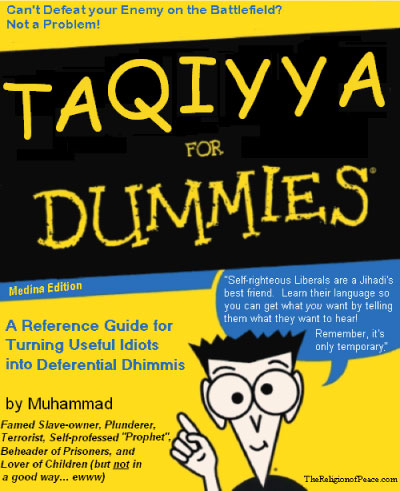