Tax exempt foundations, banks and philanthropic organizations have been hard at work in the United States for decades molding the country to their liking. The schooling system, media, medical institutions, and foreign policy of the United States have all been influenced by them. Today, these foundations are partnering with global banking powerhouses in order to create the “Global Impact Investing Network” (GIIN) which aims to spearhead a new form of investment. 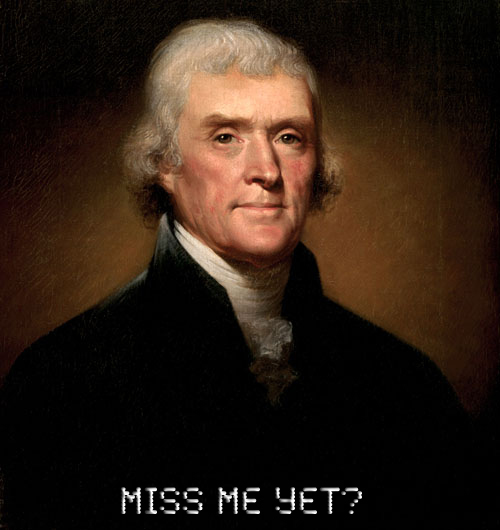 The GIIN, headed by Antony Bugg-Levine, the current director of the Rockefeller Foundation, will “help solve social and environmental problems” by encouraging investment that will bring both profit and produce real world change. According to the GIIN website, “The Global Impact Investing Network was conceived in October 2007, when the Rockefeller Foundation gathered a small group of investors to discuss the needs of the emergent impact investing industry.” The website states,

“In June 2008, a broader group of 40 investors from around the world met to discuss what it would take for the impact investing industry to be able to solve more social and environmental challenges with greater efficiency. They organized behind a number of initiatives, including the creation of a global network of leading impact investors, the development of a standardized framework for assessing social and environmental impact, and a development of a working group of investors focused on sustainable agriculture in sub-Saharan Africa.”

In other words, the establishment is seeking to direct the wealth of the world’s most powerful foundations and individuals towards the realization of their agenda. This has already been happening for decades in a shrewd and veiled manner, but this new initiative is an open gathering of these globalist interests. The GIIN will undoubtedly be used as a public relations stunt for banks and moneyed elites to brush up their stained image through “socially conscious” investments. If it succeeds, GIIN will attempt to mold industry and business by “screening” out investments for Co2 emitters and others deemed to be unworthy.

Some of the same individuals and organizations involved with the Global Impact Investing Network recently met in New York in May of 2009 at the home of Sir Paul Nurse, president of Rockefeller University. According to the London Times (original link no longer active), the meeting was so secret that, “…some of the billionaires’ aides were told they were at ’security briefings’”. David Rockefeller Jr, Bill Gates, Warren Buffett, George Soros, Michael Bloomberg, Ted Turner and Oprah Winfrey were all in attendance. The Times reports, “Over dinner they discussed how they might settle on an “umbrella cause” that could harness their interests.” The article continues, “Taking their cue from Gates they agreed that overpopulation was a priority.” The Times interviewed a guest at the meeting, who said that the group wanted to meet in secret because they didn’t want their statements ending up in the media, “painting them as an alternative world government.”

Indeed, this group has and is currently acting as an “alternative world government.” While these foundations aren’t busy partnering with global banking institutions, the Secretary General of the United Nations is praising their influence in supporting the activities of the UN. In an interview with the Seattle Times, UN Secretary General Ban Ki-moon was asked, “Some say the emergence of super rich philanthropies like the Gates Foundation has undermined the effectiveness of the U.N. and its member organizations, like the WHO.” Moon responded,

“On the contrary that is what we really want — contributions from the business community as well as philanthropies. We need to have political support, but it doesn’t give us all that we need. NGOs and philanthropies and many foundations such as Bill Gates Foundation — they’re taking a very important role. The United Nations stands in the center of mobilizing and raising awareness of climate change…”

For some of the groups involved in “raising awareness of climate change”, altruistic motives seem to fade into the background when we find that significant financial gain will be reaped from carbon trading schemes and other new financial programs. In 2004 Al Gore teamed up with David Blood, former head of Goldman Sachs asset management, to form Generation Investment Management,appropriately deemed “Blood and Gore”. The firm, which Gore chairs, is involved with various “green” investments, including carbon credits. Gore’s promotion of a carbon tax system carries obvious conflicts of interest. Additionally, GIM is one of the top 10 shareholders of the Chicago Climate Exchange. Gore’s Generation Investment Management – which is a founding member of GIIN – is listed in the GIIN report, Investing for Social & Environmental Impact, as a prime example of impact investing.

The gathering of such high powered organizations, banks and philanthropies involved with GIIN will undoubtedly raise red flags with informed individuals. The support of population reduction by these groups in third world countries is just one of those red flags. This is exactly why Kevin Jones, a member of GIIN, is encouraging a marketing campaign to counter these negative connotations. Jones writes,“The history of colonization and empire mandate GIIN be aware of funder and fundee power imbalances every step of the way. GIIN cannot look like another version of condescending western philanthropy.”

The Global Impact Investing Network is a globalist initiative that is worth keeping an eye on.