The lead researcher behind the monumental study that linked Monsanto’s GMOs and best-selling herbicide Roundup to tumor development and early death is now blowing the whistle on many corporate scientists who are not just close to Monsanto and profit-harvesting GMO crops — many of them actually have or are seeking their own GMO patents. 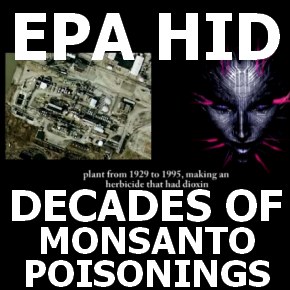 These patents, of course, enable them to make bountiful amounts of cash. Other corporate scientists are on (or ‘were’ at one point) Monsanto’s pay roll, including former Monsanto executive turned Deputy Commissioner for Foods at the FDA Michael R. Taylor.

Dr. Gilles-Eric Séralini, a French scientists who has been under assault from Monsanto and pro-GMO scientists, was responsible for perhaps the largest awakening over the dangers of Monsanto’s GMO foods that we have ever seen. Not only did the public begin to further recognize the existence and threat of GMOs thanks to his research, but numerous countries like Russia and others actually enacted a suspension on the import of genetically modified maize due to public health concerns.

This, of course, upset the Monsanto-funded corporate scientists who proverbially ‘unleashed the dogs’ on Dr. Séralini. Even Monsanto released a comment, stating that the lifelong rat study wasn’t sufficient to substantiate any real health concerns. The company itself, amazingly, only conducted a 90 day trial period for its GMOs before unleashing them on the public.

It’s important to remember that Séralini’s work may be the most popular within the media, but it’s not the only research linking GMOs and Roundup to serious health effects. Monsanto and fellow goons failed to mention this truth, especially the fact that Monsanto’s Roundup has been associated with over 29 negative health conditions according to peer-reviewed studies available on PubMed. And these conditions are nothing minor. Health effects linked to Roundup include:

These are serious disorders that result from the very Roundup that is used on crops by farmers worldwide before hitting your dinner table. In fact an increased amount of usage is now needed thanks to ineffective GMO crops that are now being eaten by mutated superbugs that have developed a resistance to Monsanto’s built-in GMO pesticides. Roundup covered crops that eventually land on dinner tables worldwide.

But perhaps very few scientists around the globe actually dare speak about these dangers due to the overwhelming political influence Monsanto and other biotech companies have over nations around the globe. We know thanks to 2007 WikiLeaks cables that not only are most if not all U.S. ambassadors on Monsanto payroll, but that prominent U.S. political figures have threatened nations who oppose Monsanto with ‘military-style trade wars’. A threat that has managed to strike fear into many nations who would not risk massive retaliation from the United States.

Now, however, the awareness has grown stronger than ever before and consumers worldwide are taking a stand. A stand that countries around the globe can no longer ignore, nor can corrupt corporate scientists dissipate through phony bought-and-paid-for garbage science.