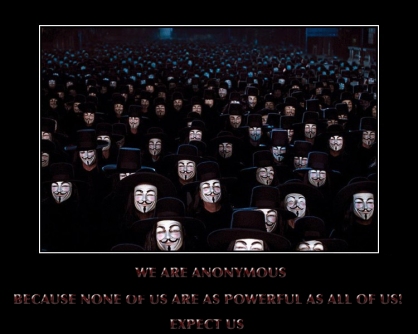 Gandhi, whose only ‘weapons’ against the British occupation of India were “non-cooperation, non-violence and peaceful resistance, was brutally murdered.

As the United States edges closer to becoming a third world country; anger, frustration, and cynicism continue to mount in the minds of the American population.  Americans are no longer optimistic about the direction of their country.  This pessimism seems warranted as authentic political solutions appear to be in short supply in our corporate state.

The democratic political system is now clearly run by crony cartelism.  The multinational banks have hijacked the economy and are openly looting the public. Mounting and impossible-to-pay off debt is crippling local governments. The entire spectrum of our rights continues to degrade as the close of 2011 saw the passage of the National Defense Authorization Act, which declares America itself to be a war zone, and its citizens potential enemy combatants. Meanwhile, crimes that would land regular citizens in jail are now openly being committed by the elite and their organizations with no justice. Perhaps most telling, the power structure is establishing a control grid to eliminate Internet freedom, and even to use cyberspace in offensive acts of war.  Given the current situation, it can seem impossible to affect real change. However, the exact opposite is the case.

The only reason the system is maintained is because the majority still acquiesce to it. However, change won’t come by electing new establishment politicians, because no matter how noble they may be they still must play the corrupt game. Change won’t come through violent protests or offensive cyber hacktivism, as that only invites and justifies the creeping police state.  We must stop accepting and supporting the system, individually, in order to change it.

Because our representative democracy has become a fraud, and the media and courts are clearly shills for the oligarchs, our only action appears to be non-violent rebellion; one person and community at a time. We can expose the crimes and immorality of the corporate state through civil disobedience and conscientious objection. We can punish multinational companies who commit flagrant fouls on humanity and the environment by boycotting them. Additionally, we can peacefully regain our liberty by becoming less dependent on the system for our basic needs.

1. Buy Local Food: One of the most powerful cartels that has their tentacles into government is the food cartel. Their agenda has been to control the basic resources of food (corn, wheat, soy, rice).  The best way to conquer this cartel is by eating local; produce your own food, join and contribute to local cooperatives, and engage your neighbors and community for more local food solutions.  Local co-ops are also a great place to trade locally crafted goods and even services. Obviously, do your best to avoid GMO food and eat organically when you can.  Finally, be vocal and active in your opposition to GMO foods and the cartel control of the FDA.

2. Become More Self-Sufficient:  Our modern society has made us dependent on something or someone other than ourselves for most necessities such as electricity, food, water, medicine, security, and education. This dependence puts us at the direction or disposal of the cartel state. Therefore, the only entity that has the power to grant us liberty is ourselves; and we can take back our independence through self-sufficiency. Being self-sufficient means learning skills that will help you and your family survive economic downturns or other emergencies.  These skills may also help you to be less dependent on your job as they’ll make you a useful independent producer. Lead your neighborhood and community toward production and away from dependence.

3. Get Healthier: The increasing pace of life seems to offer a wealth of distractions from the importance of living a truly healthy and free life.  Our modern world offerseasy choices like fast-food in place of fresh produce; TV in place of reading, exercise, or meditation; Internet social networks in place of meaningful personal relationships, etc.  Identify the areas lacking in your own life and resolve to make the necessary changes that will increase your physical fitness, mental acuity, and your spiritual evolution.  These three areas are what truly sustain us in both good times and bad — not smart phones, computer games, and the virtual world.

4. Buy Silver and Gold: America desperately needs a monetary revolution before the dollar experiment completely collapses. Like all revolutions this must start from a groundswell of rebellious action.  A good place to start is to convert your devaluing dollars to physical gold and silver.  This will punish the banks, especially JP Morgan and the Federal Reserve, as well as protect your assets. Furthermore, if the dollar continues to collapse, silver and gold may well become a viable currency in society once again, as it already is in some parts of Michigan. Buying junk silver is something anyone can afford to do and is highly recommended 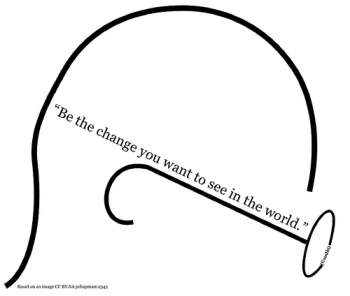 5. Expose the Agenda: The “agenda” is one of consolidation of wealth, power, and control in every facet imaginable. The international elite are approaching near one-world control, which they call full spectrum dominance of economies and societies.  In other words; national, local, and individual sovereignty is all but gone.  It is extremely important to engage your local community, especially community leaders and police, to reiterate their obligation to serve the local community under the Constitution, and not to follow illegal Federal demands. Above all, do not give in to the temptation of apathy as you begin to learn more about the systems of control.  These systems first count on your ignorance, then they count on laziness.  Finally, say what you stand for such as peace, liberty, and genuine justice with even more force than shouting about what you oppose.

6. Boycott: In the U.S. it has become obvious that a system has taken hold which is economically designed for one thing: consumption.  This is the value that each person has been given from birth.  So, one key way to assert your power and value in such a system is to vote with your wallet.  Every purchase you make either contributes to, or boycotts this corporatist structure.  Become aware of who the real owners are and what inhumane practices are behind the products you purchase, so that you can make intelligent choices that support your health and promote justice.  Additionally, it is important to learn the true contents of the products you buy, so that you don’t fall prey to slick advertising and corporate misdirection. Join or create campaigns to educate shoppers and force better labeling of products so it is easier for others to consciously boycott them.  Lastly, beyond the brick-and-mortar world, 2013 could very well see the end of the Internet as we know it.  It is time to boycottcompanies that are actively taking part in the eradication of our Internet freedom.

7. Local Politics: Federal politics has long ago sold out to the higher authorities that fund their multi-million dollar campaigns. There is one bright spot in Federal politics for 2013 — the massive support for Ron Paul and his message of peace and liberty.  However, it is your involvement in small town politics and community initiatives that can make the most tangible difference for you and your neighbors. The future will be built from the ground up, starting right in your own neighborhood. Everything from removing chemicals from public water, to throwing the TSA out of your local airport, or refusing military recruitment or fusion centers in protest of the war on terror, can be accomplished at the local level.  Each minor victory will send shockwaves to other small communities and the country as a whole, so be sure to document the steps you have taken to achieve victory, then share your story for others to emulate.

8. Military refusal: Do not contribute to fraudulent wars, and do not succumb to the pressure of feeling “unpatriotic.”  There are countless groups of veterans who have seen through the government lies that have led to unnecessary deaths, as well as the financial destruction of the country.  There is, in fact, no more patriotic action that can be taken than to demand that our military be used properly to strengthen the country, rather than to weaken it. For some, there is absolutely no excuse for war, ever, and merely the act of showing up contributes to this affliction.  It is a profound resolution of courage to live by your convictions.  So, if opposing the fraudulent wars is your main issue, file as a conscientious objector and contribute to peace instead of war.  As Gandhi said, “There is no path to peace; peace is the path.”

9. Don’t Use Banks: The banks have proven to be some of the most immoral, dare we say “evil,” institutions on the planet. Besides their Ponzi-style Wall Street casino and mortgage/foreclosure fraud, they also profit heavily from wars, Mexican drug gangs, and fleecing the public in myriad ways. Some are finding their actions so horrific that they’d prefer to default on their debts rather than give them another dime. That may be extreme given the consequences; however, we can at least vow not to take on any new bank financing of any kind — mortgages, credit cards, or car loans, etc. Where possible, bank with local credit unions instead of the big banks that make up the cartel.  Another powerful action is to start or support a regional competing currency.  On the Federal level, we can tell our Congress reps to support Ron Paul’s effort to legalize competing currencies nationwide.

10. Tax Resistance: Becoming a tax resister is a hardcore action of civil disobedience that comes with serious consequences — unless of course you’re Tim Geithner who gets to say “oops, my bad” in order to qualify as the head of collecting said taxes.  However, when the electoral process and two-party system proves to be a farce, corporations clearly win on every issue, and the will of the people is no longer represented in the media or the courts, people are left with little choice but non-violent rebellion in all its forms. Tax rebellion is often cited by conscientious objectors who oppose how the government uses taxpayer dollars to fund immoral deeds such as war, authorizing torture, building the police state, and fraudulent bank bailouts.  A second group of tax protesters refuse to file because they don’t believe income taxes to be lawful under the Constitution.

Please make 2013 a more prosperous and peaceful year by committing to whatever level of activism you can.