The Arizona House of Representatives will not cooperate with the federal government in denying due process to citizens of the Grand Canyon State.

By a vote of 34 to 24, the House passed HB 2573, a bill that would, among other things, prevent state officials from participating in the indefinite detention of Americans by the president as authorized by the National Defense Authorization Act of 2012 (NDAA).

The measure would amend Title 41 of the Arizona code by adding a section prohibiting state governmental compliance with unconstitutional federal mandates.

A majority of Arizona’s state lawmakers recognize that Arizona is, along with her 49 sister states, a sovereign entity endowed with what James Madison described as “numerous and indefinite powers.” The federal government, on the other hand, possesses only “few and defined” powers, Madison wrote in The Federalist, No. 45.

Thankfully, there are yet found among the nation’s hundreds of elected state and local representatives a small but well-informed minority that understands and appreciates that concept and the significant role states are designed to play in the defense of liberty.

“Every public officer is required to uphold the Constitution not only of the United States [but], in our case, the state of Arizona as well,” Seel said, as quoted in the Arizona Daily Star. The article goes on to quote Seel explaining that his bill “best reflects preserving, where possible, the individual civil liberties.”

While text of the bill lays out specific ways in which the NDAA denies citizens of many of the most basic constitutionally protected civil liberties, the surprising scope of the NDAA is unfamiliar to many.

Next, as for the most pernicious parts of the NDAA 2012 that remain in effect, a bit of history is in order.

On December 31, 2011, with the president’s signing of that law, the writ of habeas corpus — a civil right so fundamental to Anglo-American common law history that it predates the Magna Carta — is voidable upon the command of the president of the United States. The Sixth Amendment right to counsel is also revocable at his will.

One of the most noxious elements of the NDAA is that it places the American military at the disposal of the president for the apprehension, arrest, and detention of those suspected of posing a danger to the homeland (whether inside or outside the borders of the United States and whether the suspect be a citizen or foreigner). The endowment of such a power to the president by the Congress is nothing less than a de facto legislative repeal of the Posse Comitatus Act of 1878, the law forbidding the use of the military in domestic law enforcement. 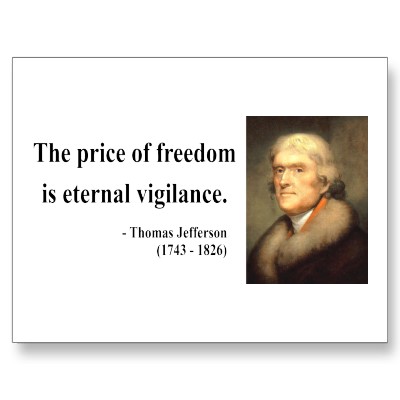 Furthermore, a key component of the NDAA mandates a frightening grant of immense and unconstitutional power to the executive branch. Under the provisions of Section 1021, the president is afforded the absolute power to arrest and detain citizens of the United States without their being informed of any criminal charges, without a trial on the merits of those charges, and without a scintilla of the due process safeguards protected by the Constitution of the United States.

Further, in order to execute the provisions of Section 1021 described in the previous paragraph, subsequent clauses (Section 1022, for example) unlawfully give the president the absolute and unquestionable authority to deploy the armed forces of the United States to apprehend and to indefinitely detain those suspected of threatening the security of the “homeland.” In the language of this legislation, these people are called “covered persons.”

The universe of potential “covered persons” includes every citizen of the United States of America. Any American could one day find himself or herself branded a “belligerent” and thus subject to the complete confiscation of his or her constitutional civil liberties and nearly never-ending incarceration in a military prison.

Arizona’s House of Representatives (and liberty-minded legislators in several other states) are determined to protect their citizens from being seized and imprisoned under the provisions of the NDAA. Nullification is the weapon chosen by these representatives to combat the federal onslaught and stop unconstitutional federal deprivations of liberty at the state borders.

Nullification is a concept of constitutional law recognizing the right of each state to nullify, or invalidate, any federal measure that exceeds the few and defined powers allowed the federal government as enumerated in the U.S. Constitution.

Nullification exists as a right of the states because the sovereign states formed the union, and as creators of the compact, they hold ultimate authority as to the limits of the power of the central government to enact laws that are applicable to the states and the citizens thereof.

As President Obama continues accumulating all legislative, executive, and judicial power, the need for nullification is urgent, and liberty-minded citizens are encouraged to see state legislators boldly asserting their right to restrain the federal government through application of that very powerful and very constitutional principle.

Some advocates of a more powerful federal government insist that allowing states to be the arbiters of the constitutionality of federal acts would lead to anarchy. This charge is baseless, however, as the principle of federalism and compact that undergird the Constitution permits that only unconstitutional federal acts are subject to state invalidation.

An analogy from everyday makes the practice of nullification easier to understand.

Imagine that a person entered into a contract with a homebuilder to construct a new home. The blueprints contained the agreed upon specifications of the house and the contract set out the duties and obligations of the homeowner and the homebuilder.

However, when it comes to the bills sent to the states by the federal government demanding payment for unconstitutional acts, for some reason the states forget the contract and pay the bills, and now they are going broke.

The Arizona Daily Star article reported that Seel “said states work with the federal government all the time to implement federal law, which he said makes it necessary for the Legislature, which sets policy, to spell out when such cooperation will be withheld.”

Seel acknowledged he has “no evidence Arizona is in any way helping the federal government detain U.S. citizens. But he said the legislation remains necessary.”

He’s right. As Alexander Hamilton explained in The Federalist, No. 26,

State legislatures, who will always be not only vigilant but suspicious and jealous guardians of the rights of the citizens against encroachments from the federal government, will constantly have their attention awake to the conduct of the national rulers, and will be ready enough, if any thing improper appears, to sound the alarm to the people, and not only to be the VOICE, but, if necessary, the ARM of their discontent. [Emphasis in original.]

On April 4, the bill nullifying various federal encroachments on liberty was sent to the state senate for consideration by that body. Citizens of Arizona should contact their state senators and encourage them to vote in favor of HB 2573.