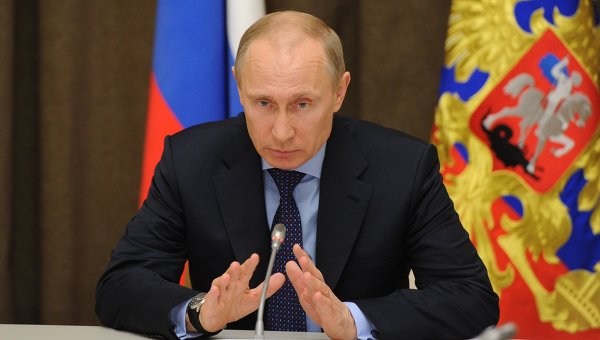 MOSCOW, March 12 (RIA Novosti) – Russian President Vladimir Putin’s approval rating has risen 5 percent in just the past week amid the ongoing crisis over the Crimean parliament’s plan to secede from Ukraine and join Russia, according to a survey published Wednesday by a state-run pollster. RIANOVOSTI

Duke Rusov Militia — Sviatoslav Brave kind of Rurik
On this day 3 July 964 AD, now and forever, we — Russians, will celebrate the Day of Victory over the Zionist Khazars. This victory made it possible for the very physical survival of the Russian people.

Crimean authorities have refused to recognize as legitimate the new central government in Kiev, which ousted President Viktor Yanukovych late last month, and on Thursday they announced a decision to become part of Russia.

A popular vote to approve the decision will be held in Crimea on March 16.

Russia’s parliament has recently approved military intervention in Ukraine, while thousands of “local militia” allegedly under Russian command have taken control over Ukrainian military bases across Crimea in the past week.

To help protect the people of Ukraine From Khazarian E.U.’s Unconstitutional Seizure Of Power Through A Covert Coup, President Putin receives legal authority by the Russian Parliament to use military force against the Khazars. The present sitting E.U. Rothschild puppet in Kiev has no legitimacy has no legal standing in the eyes of the International community.

Following these developments, Obama showered Moscow with accusations of aggression and threats of sanctions while cutting off military exchanges with Russia and scrambling to bolster military cooperation within NATO.

Obama announced plans on Wednesday [After The Obama Financed & Illegal E.U. Coup In Kiev] to expand combat pilot training in Poland and to send six additional F-15C fighter jets to a NATO mission carrying out air patrols over Estonia, Latvia and Lithuania.

Belarus asks Russia to deploy up to 15 extra warplanes to its territory, as Obama/NATO builds up military presence in proximity to the Belarusian borders, President Aleksandr Lukashenko announced. 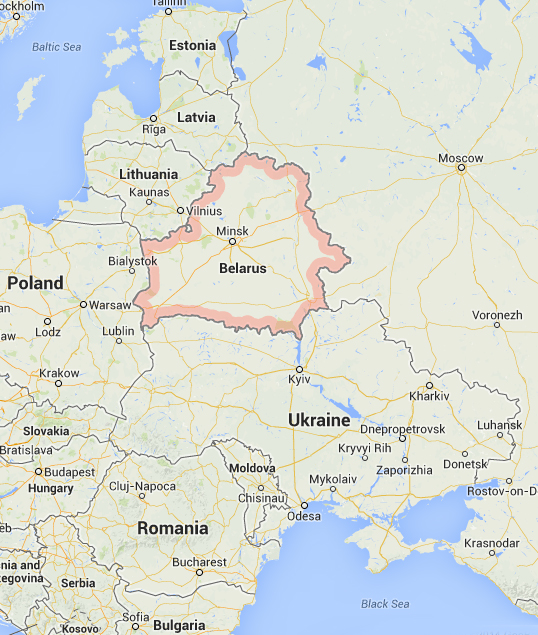 Lukashenko referred to the US deployment of a dozen F-16 fighter jets and nearly 300 service personnel to Poland a part of an alleged training exercise which came in response to the crisis in neighboring Ukraine.

Aside from that, the US also sent six F-15 fighter jets to Lithuania, in addition to four F-15s, which arrived on January 1, to bolster NATO’ air patrol over Baltic airspace. Russia also planned to deliver four battalions of S-300 surface-to-air missiles to Belarus in 2014. Russian Times

Patrols have been carried out on a three- to four-month rotation basis by 14 NATO states from Lithuania’s air base in Zokniai, near the northern city of Siauliai, since 2004 when the ex-Soviet republics joined the alliance.

The Estonian military said Thursday that the six US fighter jets as well as two KC-135 aerial refueling tankers landed at Zokniai, joining four US F-15s deployed there since January. 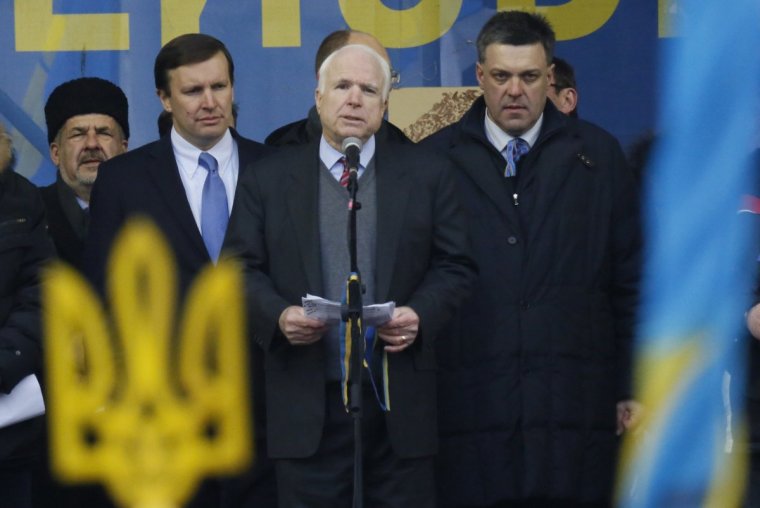 John McCain Went To Ukraine And Stood On Stage With A Man Accused Of Being A Neo-Nazi.

Is an accord of the world’s superpowers to rule, secure, and maintain the illusion of “global peace.”

The ideology is to bring the world under submission to:

The EU has already instituted this ideology with the ‘Euro’ currency. It is a Totalitarian movement of a socialistic, controlled, and godless world, aka; Rothschildism.

Rothschild wants the Ukraine to spread the global ‘derivative’ debt by bubbles, bailouts, & loans, as he did in The U.S. This also is one creep forward in his megalomaniac delusion of returning to Russia.

The Rothschilds do not die, they simply depart into history, and their place is inconspicuously taken by their sons and grandsons. Word goes that the old master Jacob has left the scene, and that his place has been occupied by his son Nathan (Nathaniel Philip Rothschild, who bears the name of the founder of the English Rothschilds).

The heavy burden has fallen on the frail shoulders of the young heir. But Nathan is not alone. In the running of the empire he will be aided by his uncles Evelyn and Edmund and the other members of the English branch of the family (Catherine, Emma, Leopold), but also his French cousins (David, Eduard…).

The Rothschild family has produced governors, prime ministers, ministers, supervisors who are making sure that everything goes according to their big plan.

The European Union was created by the Rothschilds (Schumann, a Khazar). The EU is an exploiter of Russia, which should be freed from the Siberian burden. With the aim of completing this job the Rothschilds have employed Soros, Berezovski, Hodorkovski, Kasparov, the Mitals…

For those Catholics out there, these events appear to be synchronizing with Fatima.

On March 25, 1984 Pope John Paul II, “united with all the pastors of the Church in a particular bond whereby we constitute a body and a college,” consecrates “the whole world, especially the peoples for which by reason of their situation you have particular love and solicitude.”

On August 29, 1989 Sr. Lucia affirms in correspondence that the consecration of Russia “has been accomplished” and that “God will keep His word.”