United States Military In The Hands Of Robot Queers EXACTLY As Rothschild’s Hitler. 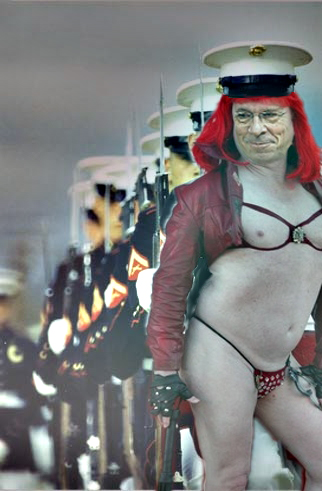 The Emperor’s New Clothes is the same story as current US wars: both are “official” stories easily and completely refuted by the evidence. Both are tragic-comedies because even children can see the truth with a few moments of attention.

The Emperor’s New Clothes has government officials, messengers (corporate media), and many in the public claim that political leadership is “covered” by the noblest of appearances, and that those who fail to perceive this are either “unfit for his position” or “hopelessly stupid.”

Obama & Hagel move to transgender the military.
The key here is to keep the implementers of destruction in an office and once accomplished quickly remove them and settle them into an institution of higher learning or some corporation like they did with Un-Admirable Mullen.

The game-changing fact is that the emperor is naked, and not even close to wearing clothes.

This fact is easily explained, objectively observed, and proved. Indeed, a child points it out with easy confidence, irrefutable accuracy, and proves the official story has zero credibility for any objective observer.

In the story, upon public initial conversations of the facts, the emperor continues the pretense, along with two “officials.” However, the illusion is shattered within moments as the “whole town” began speaking about what was clear for anyone who cared to look.

If we had to document the facts that refute the official story, we would probably define a few key terms:

clothes: material for the human body to be worn for adornment and coverage.
wear: in context of clothing, to have clothes intentionally placed on one’s body.

This is opposed to having clothes in one’s closet or dresser not on one’s body. 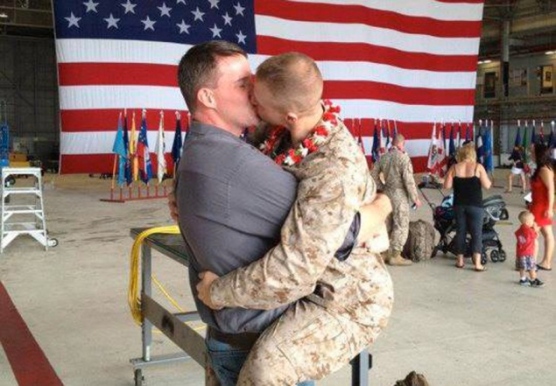 NWO~ In Front Of Our Flag And Children.

The story isn’t explicit whether the emperor was naked or with underwear, and the child’s recorded testimony is, “he hasn’t got anything on.” If he wasn’t naked, with a little more work we could prove that people clearly distinguish between underwear and clothing, no matter how new the underwear arguably may be.

Therefore, with just a little work, we refute the “official story,” and use the facts to make ridiculous any argument in support of this official story.

And importantly, if we did have to document our evidence even though clear to a child’s examination within moments, it would take some work to write and read, just as our next argument will take with current US unlawful wars.

US unlawful wars: The US “official story” is that current US wars are lawful because they are “self-defense.”

The game-changer here is that “self-defense” means something quite narrow and specific in war law, and the facts of US armed attacks on so many nations in current and past wars are not even close to the meaning of this term.

Among dozens in independent media, I’ve explained and documented (here and here recently) that “self-defense” has a universally agreed meaning in use of a nation’s military for armed attack: you can only used armed attack on another nation if that nation’s government has attacked your nation, or there is provable imminent threat of attack.

Importantly, a nation can use military, police, and civilians in self-defense from any attack upon the nation. This is similar to the legal definition of “self-defense” for you or I walking down the street: we cannot attack anyone unless either under attack or imminent threat of attack. And, if under attack, we can use any reasonable force in self-defense, including lethal.

As the above two links document, and you may recall, no nation’s government attacked the US on 9/11, and US officials agreed they had no evidence of any imminent threat. Despite this crystal-clear legal limit, and legal recourse through the UN Security Council for any security concern, the US has used armed attacks on many nations despite not meeting the legal requirement to do so.

In addition, US official reports now confirm all “reasons” the US told for these armed attacks were known to be false as they were told.

The categories of crime for armed attacks outside US treaty limits of law are:

Wars of Aggression (the worst crime a nation can commit), likely treason for lying to US military, ordering unlawful attack and invasions of foreign lands, and causing thousands of US military deaths.

A child can discern this if paying attention: if he/she saw someone physically attack you as you were simply walking along, the child could safely conclude that you did not attack the person, and did nothing to cause concern for any danger.

The child could also tell that if the person responded to you after you hit him, or that you picked up a bottle and shouted with anger causing the person to respond to that threat, that these cases would justify the person’s self-defense.

Moral of the stories:

Certainly, as an adult, you can tell the difference in both categories of personal and national self-defense when you pay attention to the facts. And if you wish to have civil and political freedom, certainly you recognize the game to cause a critical mass of the public to also discern the game-changing facts from whatever bullsh*t our lying sacks of spin “leaders” attempt.

US wars and rhetoric for more wars continue a long history of lie-began US Wars of Aggression since the US invaded Mexico; despite Abraham Lincoln’s powerfully accurate rhetoric of President Polk’s lies to steal half of Mexico. The most decorated US Marine general in his day also warned all Americans of this fact of lie-started wars for 1% plunder.

ONE OF THE DUMBEST OPINIONS BY SCOTUS TO DATE

21 Governors Have Outlawed Obamacare: Obamacare Will Be Repealed!

Such lie-began and unlawful US wars have killed ~30 million since WW2, arguably more than Hitler’s Nazis. Of 248 armed conflicts since WW2 the US started 201, with 90% of these ~30 million deaths being civilian; innocent children, the elderly, and ordinary working men and women.

The 2014 Worldwide Wave of Action (and here) begins on the April 4 anniversary of Martin King’s assassination by the US government (civil court trial verdict), with this operation completing ~July 4 (Martin’ 2-minute plea to you).

Purpose of this operation:

Expose 1% oligarchs in the US and elsewhere as OBVIOUS criminals centering in war, money, and media (also in ~100 other crucial areas).

Cause their surrender through arrests or Truth & Reconciliation.
Initiate true freedom for all Earth’s inhabitants to explore ready breakthroughs in economics (links here) and technology, and discover what it is to be human without psychopathic criminals who joke about killing millions, harming billions, and looting trillions. 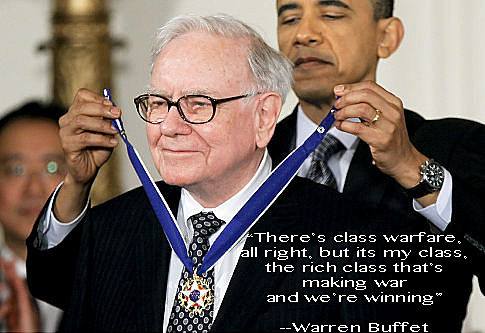 WASHINGTON, DC – FEBRUARY 15: Investor Warren Buffett (L) is presented with the 2010 Medal of Freedom by U.S. President Barack Obama during an East Room event at the White House February 15, 2011 in Washington, DC. Obama presented the medal, the highest honor awarded to civilians, Apparently for sharing the same interest in abortions. 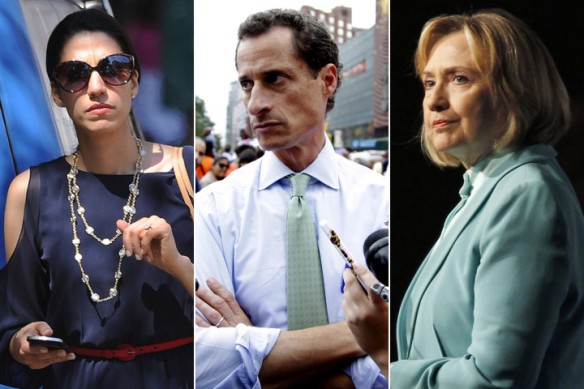 ← The American Independence Movement: Recovering U.S. Capital That was Annexed To The United Kingdom ~ N.W. Of London!
Something’s Gotta Give: Iceland Reminds The World Of The Power Of The U.S. 1776 Revolution →