Baghdad (AIN) -The statistics prepared by All Iraq News Agency AIN showed that the casualties among the terrorist groups of the Islamic State in Iraq and Levant and other militant groups reached 2508 deaths during the first 20 days of July with a an avarage of 125 deaths per day.

The statistics prepared by AIN mention “The killed terrorists of the ISIL since their control on Mosul since June 9th were 5664 till July 20th.”
The statistics depended on statements of the Iraqi Defense Ministry announced on the media outlets. /End/ 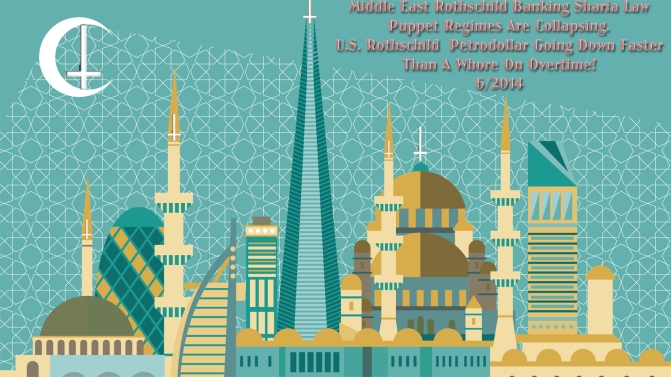 ROTHSCHILD AND OBAMA VIOLATING EVERYTHING THAT IS IN THE U.S. CONSTITUTION.

UNILATERALLY SENDS U.S. ASSAULT WEAPONS TO IRAQ FOR THE CURRENT GENOCIDE OF THE SUNNI MAJORITY POPULATION, FOR THE IMPLEMENTATION OF THE POLITICALLY CONTRIVED MINORITY SHIITE’S ~ SHARIA BANKING LAW.

This ideology is being attempted by the international banking cabalists primarily in the east at the present time, for totalitarian banking control aka; NWO.

Here Comes The Usurped U.S. Assault Weapons Doing The Bidding Of The Rothschild International Banking Lobbyists And Wiping Out Our Brain Washed Citizens And Their Families As Soldiers. 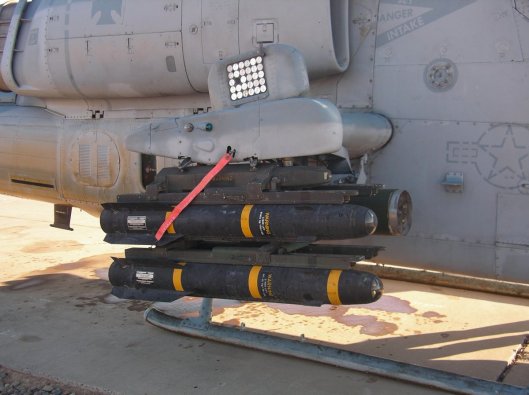 Half U.S. Stocks Are Counterfeit: East Decoupling From Kissinger Petrodollar

This month alone, “the United States delivered nearly 100 Hellfire missiles together with hundreds of thousands of rounds of ammunition and M4 rifles” to the Iraqi government, the U.S. Embassy to Iraq revealed Sunday.

In a public statement, the U.S. Embassy claimed the shipments were sent to aid the Iraqi government and military’s so-called “counter-terrorism” operations targeting the Islamic State of Iraq and the Levant.

From Iraq to Ukraine: A Pattern of Disaster

Sunnis want peace but the minority Shiites who belong to the Muslim Brotherhood operate as the banker’s henchmen in The Middle East. Shiites are the developers of Sharia Law aka; head-cutters and this is the totalitarian form Rothschild’s cabal wants installed in Iraq.

Yet, experts have warned that the ongoingn flow of U.S. weapons into Iraq has only escalated political and sectarian violence in the country and region that was set in motion by the U.S.-led invasion of Iraq. 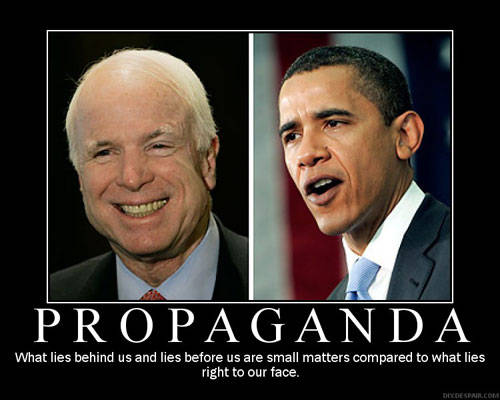 Amid an escalation of fighting in war-torn Iraq, the Obama administration announced Monday it will accelerate the shipment of Hellfire missiles and surveillance drones to the Nuri al-Maliki regime, a move critics charge will only worsen the cycles of violence set in motion by the U.S. invasion.

White House press secretary Jay Carney announced Monday that the U.S. will send the Iraqi government 48 drones later this week and 10 surveillance drones in upcoming weeks. In addition, a delivery of 100 Hellfire missiles will be expedited to the Iraqi government, said Pentagon spokesman Army Col. Steven Warren in a press statement released Monday.

This is on top of a shipment of 75 Hellfire missiles delivered to Iraq last month.

While Secretary of State John Kerry vowed to do “everything that is possible” to help the government fight Al Qaida in Iraq, short of putting boots on the ground, some hardliners are pushing for direct U.S. military involvement.

In a statement released over the weekend, Senators John McCain (R-AZ) and Lindsey Graham (R-SC) indicated that keeping U.S. troops in Iraq could have avoided the violence.

The announcements of shipments come as a surge in military escalation follows the declaration by Islamic State of Iraq and the Levant (ISIL), [CIA] Al-Qaida’s Iraqi-Syrian affiliate, and allied fighters, that they have seized control of Fallujah.

The Iraqi government surrounded the city with tanks and artillery on Tuesday amid calls from Fallujah residents for the government to hold off attacks that they say would unleash horrific violence. Further clashes have shaken the surrounding Anbar province, which has seen its worst fighting in years.

Critics charge that the escalating conflict is a direct result of the U.S. war and can not be solved by the same militarized policies.

“Every U.S. administration from the time of the inhumane sanctions brought on by Bush senior has demonstrated that the only thing they are really committed to in Iraq is maintaining their political and economic control of the region.

Let us not forget that Iraq has faced decades of devastation at the hands of the US government. And the current intensification of sectarian violence is a direct result of Western intervention.”

“The U.S. bears enormous responsibility for the crisis in Iraq,” said Bennis.

“This has everything to do with the aftermath of the U.S. invasion and occupation, in which the U.S. created a sectarian-based political system that has never existed in Iraq before and made that institutional, building parties based on sectarian affiliation.

This institutionalizing is what led to the consolidation of Shi’a power and discrimination against Sunnis and to a sense of disenfranchisement of much of the population.” Muslim Brotherhood

“This is a terrible irony. On the one hand the U.S. is pushing Iran to stop sending arms to the regime in Syria. On the other hand, the U.S. is doing the same thing in Iraq. Not all regimes are the same, but there is an over-arming of all these regimes.”

“This is another unfortunate case where policies of a repressive U.S.-backed regime results in a violent backlash that the U.S. responds to by then sending in more arms. It’s a pattern we’ve seen before.” From Iraq to Ukraine: A Pattern of Disaster

Critics say the spike in violence highlights failed U.S. policies in Iraq as well as Syria.

“The U.S. government has a lot of responsibility because they have been collaborating with the flow of arms and fire from Sunni countries in the Gulf into Syria,” said Robert Naiman, policy director for Just Foreign Policy, in an interview with Common Dreams. “Syria is providing a base for [CIA] al Qaida in Iraq thanks to U.S. [CIA] policies in Syria.”

“When you combine the crisis in Syria and the crisis in Iraq, these two phenomena have led to a level of violence in Iraq in which more civilians were killed in 2013 than in the past 5 years,” said Bennis. “It’s like the war is starting all over again.”

Said Kiswani, “In the end, the people most impacted, the Iraqi citizens internally displaced, living in exile or in daily fear for their lives are the ones that pay the price for the political games that government officials — from al-Maliki to Obama — continue to play. The only real solution for Iraqi people is self-determination, putting resources and power back in the hands of its rightful owners.” 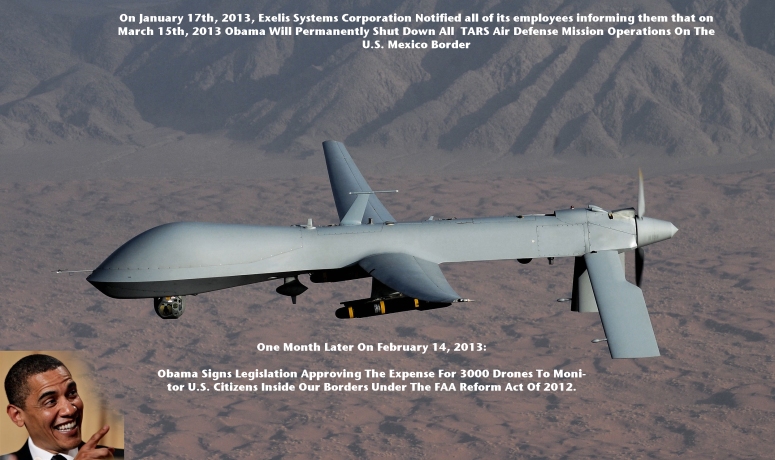 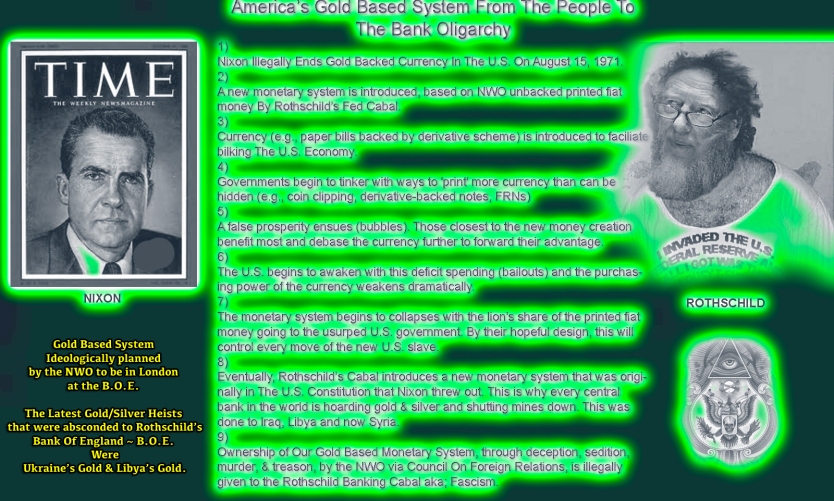 The American Independence Movement: Recovering U.S. Capitol That was Annexed To The United Kingdom ~ N.W. Of London!