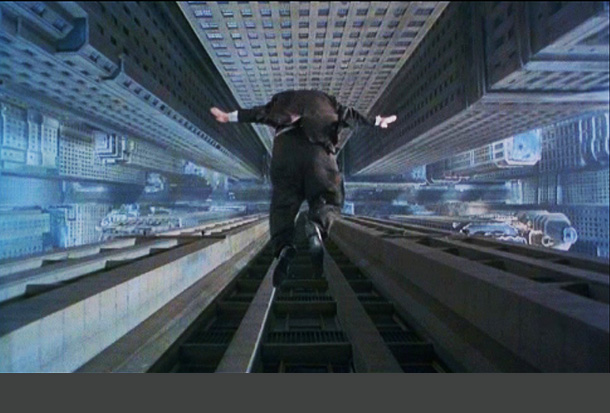 An investment banker jumped to his death from a luxury apartment building in Manhattan. Authorities confirmed Thomas J. Hughes was 29-years-old.

A man leaping from a luxury lower Manhattan apartment building met a grisly end Thursday when he was decapitated after crashing into a railing, horrified witnesses said.

The unidentified man jumped from a West St. building at about 11 a.m., officials said. His body exploded apart after it hit the railing bordering Battery Place and the underpass that leads to FDR Drive — leaving stunned onlookers covered in blood.

“There were body parts all over the floor,” said Hans Peler, 48, manager of the GGMC parking garage, which stands just a few feet from the gory scene. “Blood was all over (my employee’s) shirt. I sent him straight home. He was very upset,” said Peler. “It’s terrible, man.”

Thomas J. Hughes, 29, a former Citigroup and UBS investment banker who joined the boutique shop of Moelis & Company in February, 2014.

Witness Mario Mroczkowski, 37, said the impact was so bad, the man’s body was left in pieces. “I got close, but when I looked, all I saw were body parts … guts everywhere,” Mroczkowski said. “He hit the railing and got his head cut off.”

Taxi driver Tony Santos, 45, was in his SUV in front of the Ritz-Carlton across the street when he was startled by the sound of the body’s impact. “I heard like a boom,” Santos said. 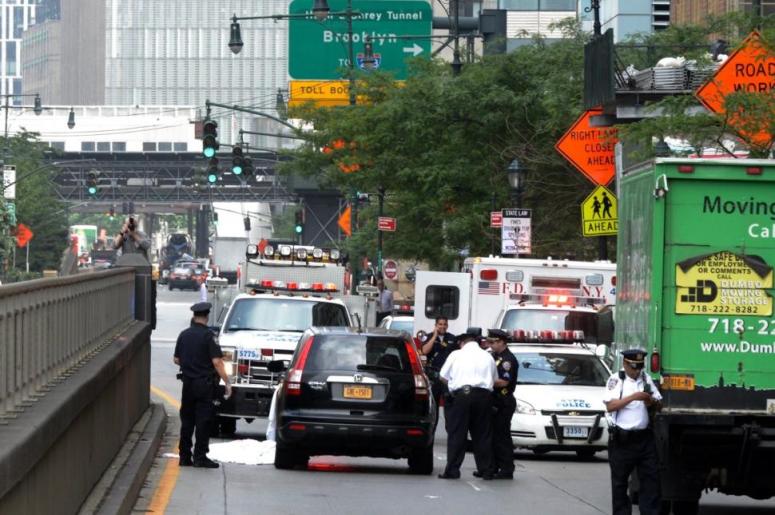 Hours after the apparent suicide, the man remained unidentified. Body parts were found under the CRV, witnesses said. Blood was found pooled under the car and spattered on both sides of the railing, witnesses said. “He’s a mess,” a police source said. “His face is barely decipherable.”

Witnesses believe the man jumped from the 18th floor of 1 West St., home of Ocean Luxury Residences where one-bedroom apartments go for up to $4,000 a month. At least one witness said he jumped from the roof of the 31-story building. Styled after a 14th-century palace, 1 West St. has a Venetian-look lobby, fitness center and outdoor decks overlooking New York Harbor.

At this point we have lost count of how many bankers have taken their own lives in the past year, despite stocks rising to all time highs and an artificial “wealth effecting” environment which if nobody else, benefits the banker class. We dread to think what happens to New York’s pavements once the central planners finally lose control. Zero Hedge

Astonishing List of 72 Top Bankers Dead and No Natural Causes!

I’ve recently stumbled across a list of top bankers that have been killed in cold blood, died in “accidents” or have allegedly committed suicide.

In some of the cases, their deaths are so suspicious that the ‘suicide’ verdict is simply ridiculous, as you will see.

While searching for news reports documenting their deaths, I’ve managed to find a lot more cases of high ranking bankers that have been found dead in suspect circumstances. I’ve added the cases to the list and included the appropriate reference links.

The fact that none of them died of natural causes is absolutely stunning. Before proceeding to the list, I suggest you reading the following piece: ‘Suiciding’ the Bankers and Billionaires — Do You Know Why?

8. May – Daniel Leaf – senior manager at the Bank of Scotland/Saracen Fund Managers, FELL OFF A CLIFF

28. Feb – Richard Talley — A coroner’s spokeswoman Thursday said Talley was found in his garage by a family member who called authorities. They said Talley died from seven or eight self-inflicted wounds from a nail gun fired into his torso and head. — Reference.

Dueker worked at Seattle-based Russell for five years, and developed a business-cycle index that forecast economic performance. He was previously an assistant vice president and research economist at the Federal Reserve Bank of St. Louis. – Reference. 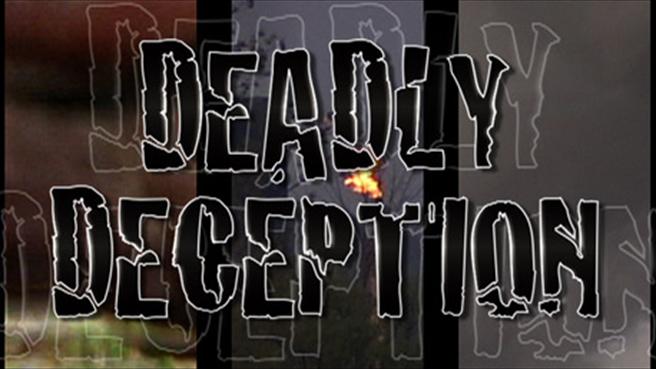 Lethal, but not fatal (more than one way to skin a banker)

52. Nick Bagnall – Director at Bank of Tokyo-Mitsubishi, son accidentally killed himself while trying to re-enact a Tudor hanging

56. Chris Latham – Bank of America, ON TRIAL, Murder for Hire

58. Hector Sants, Barclays – resigned due to stress and exhaustion, after being told he risked more serious consequences to his health if he continued to work – a remarkable turnaround as the Church reportedly approached him two months later and was told he had made a full recovery.

62. Keiran Toman, 39, former banker who believed he was being stalked by a reality TV crew starved to death in a hotel room, after leaving the “do not disturb” sign on door for TWO weeks.

[Highly suspicious claims, as many of us probably know that the hotel cleaning staff will knock on the door after 24 hours and eventually enter the room if failing to respond].

An inquest was opened after his death in July 2010 but his family asked for a second hearing as they were not informed. Police found all of Mr Toman’s possessions in the room, but despite documents mentioning his family, failed to tell them he had died. — Reference.

63. Nicholas Austin, 49, A former bank manager from Hersden died after drinking antifreeze in an effort to “get high”. was found in a coma by his wife Lynn at their home in Blackthorne Road on October 5. He died the same day. – Reference.

“I took special note of the last one – he died drinking antifreeze in an attempt to “get high”! Funny one that is, as if a banker would be stupid enough to try that.

The list is shocking, I never saw so many suicides and car accidents. No gall bladder stones, cancer deaths, strokes, or simply falling ill, it is just a litany of action.

That pretty much says it all.” – Jim Stone Freelance

64. Melissa Millian, 54, Senior Vice President at MassMutual Financial Group, stabbed in the chest near a jogging alley in Connecticut – Reference.

65. Karl Slym, 51, Tata Motors managing director – not a banker, but a top official that could be connected somehow to the others – discovered dead on the fourth floor of the Shangri-La hotel in Bangkok.

66. Geert Tack was a private banker for ING and managed portfolios of wealthy clients in Blegium. The cause of death was unknown at the time of the report, but he disappeared in mysterious circumstances, after driving his personal car to a garage from which he took a replacement car to an unknown destination. His body was found in November 2014 near the shores of the Ostend coast. – Reference.

72. Michael A. Tabacchi, 27, and his wife, Iran Pars Tabacchi, 41, were found dead Friday about 11:30 p.m. in the bedroom of their Closter home after a 911 call placed by the husband’s father, Bergen County Prosecutor John Molinelli said in an interview. – Reference.

THE ILLUSTRATED PROTOCOLS OF ROTHSCHILD’S ZIONISM