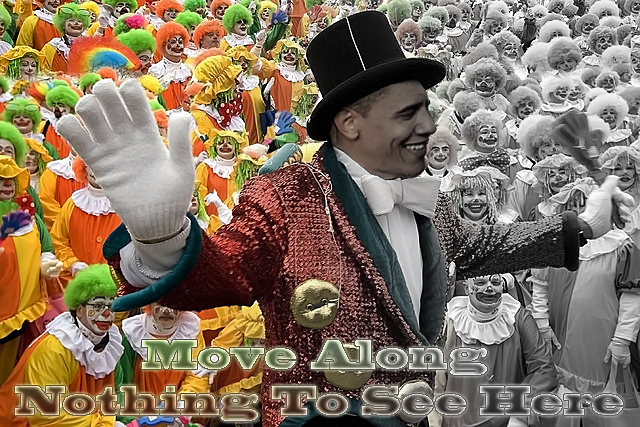 Reports to Down Detector about SNAP EBT cards not working began coming in at a furious pace on Friday across the nation. From Virginia to Iowa to Alabama to Minnesota to New Mexico to Missouri to Idaho, reports of non-received payments to ‘can’t purchase anything on it’ came flooding in as seen in the screenshot comments below.

One commenter warned back: ‘LOL!!! You SHEEP haven’t seen anything yet…This is just a BETA test to see how you idiots will react. The REAL event is going to happen this September.’

It is Corporations That Profit From The $75 Billion Tax Payer Funded Food Stamps Program!

91% of those reporting problems reported issues receiving payments while the other 9% reported website problems. While some might try to dismiss these issues as ‘technical glitches’, all we need to do is look at another story from yesterday Daily Mail to learn that HSBC also blamed a ‘glitch’ for the fact that up to 275,000 people were not paid ‘hundreds of millions of dollars’ with a bank holiday on Monday, effectively ruining the weekends of hundreds of thousands, some of whom were asking how they were going to eat this weekend.

Were yesterday’s ‘glitches’ that brought down HSBC and caused SNAP/EBT card problems for countless Americans a BETA test as suggested by the 1st comment below? What would happen suddenly if millions and millions of Americans across the country were no longer able to have access to the most basic necessities – hygenics articles, toilet paper, food, water, medical supplies – because of the catastrophic failure of our computer systems, a major nationwide ‘glitch’?

As we warned yesterday, America is very close to a catastrophic failure of our healthcare systems; courageous men and women across the country who have served America are unable to get medical care; hundreds of thousands of US Veterans have died as a result of it.

With reports of a ‘major event’ now just weeks away that will change the landscape of the world, is the weight of the entire system about to come crashing down upon itself, leaving those completely dependent upon it crushed? More below including the new X-22 Report with a warning from a British insider to ‘start prepping’.

THE EBT CARDS THAT HAVE U.S. CITIZENS ENSLAVED!

(NaturalNews) EBT cards are modern-day food stamps, except they’re electronic. In essence, they are government-issued debit cards that allow recipients to spend taxpayer money for their own groceries. But EBT cards aren’t merely good on food staples like beans and rice, they can be spent on processed junk food that promotes diabetes and obesity.

That’s the “dirty little secret” of the EBT scheme: It encourages low-income Americans to become high-profit customers of the pharmaceutical industry by eating their way to obesity, diabetes, cancer and heart disease.

That’s why the food industry loves EBT cards, too:

EBT System Crashes In 10 States: Millions Unable to Use Their Food Stamp Cards

EBT stands for “Electronic Benefit Transfer,” and it means transferring money from the pockets of working taxpayers into the hands of those who, for one reason or another, are either not working at all or are living below the poverty requirements set by the government.

This transference is done at gunpoint, essentially, through the enforcement of federal tax collection. EBT benefits have more than doubled during the Obama administration’s last four years, creating tens of millions of new dependents who now vote based almost entirely on who gives them the most handouts. 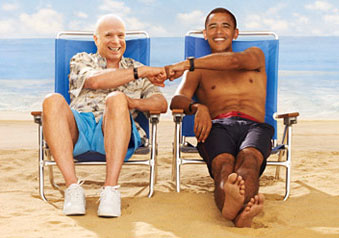 The purchase of vitamins is specifically prohibited by the EBT program:

This is done as a way to keep EBT recipients sick and diseased while suffering from nutritional deficiencies, which is precisely what the federal government wants.

EBT cards are also a form of corporate welfare:

EBT cards create high-profit handouts to corporations, too: Pharmaceutical companies and the sick-care industry; Big Government which gets re-elected based on entitlement handouts; global banks which earn a percentage off every swipe; and even the processed junk food industry which preys upon nutritional ignorance of the poor.

The “EBT culture” of dependence, poverty and ignorance is perhaps best shown in the now-famous YouTube music video “My EBT”. There, a rapper brags about how he’s using taxpayer money to buy Oreos, chips, sandwiches, breakfast cereals, McDonald’s food and more. He sings about how he wishes he could use it to buy weed.

What Happens To Our Body After Drinking Coca-Cola & To Those Murdered Making It.

This article, however, isn’t about how welfare creates long-term dependence and poverty while destroying the dignity of many who come to depend on it. Rather, it’s about what’s going to happen when the EBT card system goes down and stays down.

It is Corporations (FOR NOW) That Profit From The $75 Billion Tax Payer Funded Food Stamps Program!

Yesterday, the EBT card system, which is managed by JP Morgan Chase, suffered a six-hour outage across ten states.

Wal-Mart, one of the favorite destinations of EBT card users, proceeded to run transactions manually and then batched them into the JP Morgan Chase processing system once the system came back online. But elsewhere, stores were met with growing frustration from EBT card holders who were angry that their government money cards suddenly stopped working.

In this case, the EBT outage only lasted less than one day. But given that they are tied into a globalist bank which looks almost certain to fail once the global debt collapse unfolds, the question of the day is this: What’s going to happen when the bank running all the EBT transactions goes belly up?

What happens when the free EBT money stops?

Remember how Obama supporters threatened to riot in the streets if Romney won the recent presidential election? There’s a huge class of Americans who have become so dependent on the system of government handouts that they have no ability to survive any other way. These people will riot when the free money is cut off.

As Ron Paul explained in his recent farewell speech, the entitlements must sooner or later come to an end:

The wealth we see today is based on debt and a foolish willingness on the part of foreigners to take our dollars for goods and services. They then loan them back to us to perpetuate our debt system. It’s amazing that it has worked for this long but the impasse in Washington, in solving our problems indicate that many are starting to understand the seriousness of the world -wide debt crisis and the dangers we face. The longer this process continues the harsher the outcome will be.

Many are now acknowledging that a financial crisis looms but few understand it’s, in reality, a moral crisis. It’s the moral crisis that has allowed our liberties to be undermined and permits the exponential growth of illegal government power. Without a clear understanding of the nature of the crisis it will be difficult to prevent a steady march toward tyranny and the poverty that will accompany it.

EBT card users are almost universally incapable of understanding the complex economics Ron Paul is describing. All they understand is that their next meal comes from a piece of plastic that “counts as money” at the local corner store. They do not grasp the long-term vulnerability of that system and how it is tied into a global debt scheme whose days are numbered.

Furthermore, EBT card users almost universally have no backup plan. They live meal by meal, with no financial safety net, no financial planning, and absolutely zero savings. In fact, having any real savings disqualifies you from receiving an EBT card, which is another way that Big Government actually encourages financial dependence among EBT card recipients. 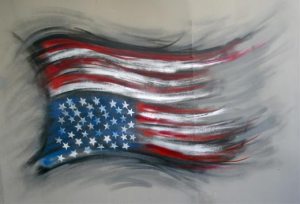 Why is all this important to understand? Because on the day the EBT cards are shut off, there will be mass riots of EBT card recipients who are suddenly thrust into an emergency.

In fact, shutting off the EBT cards is actually one way to initiate a false flag event in America. It works like this:

2) Blame it on a cyber terrorist attack and use the crisis to institute harsh new police state controls over the internet. (“Never let a good crisis go to waste…”)

3) Allow the “EBT riots” to unfold. Keep the National Guard away for long enough to let things get out of control and have scary footage broadcast on the evening news.

4) Once things are bad enough, announce Martial Law and bring in the troops to turn America’s streets into a Nazi-style police state surveillance and enforcement system, complete with TSA-run checkpoints on all major roads.

What’s required to make this happen? Nothing more than turning off the EBT cards for 72 hours. That’s it! It’s just a single change to a single line of code at JP Morgan Chase, and it’s mission accomplished for the globalists.

Yesterday’s EBT outage, in fact, may have been a practice run for the real thing. When the globalists want riots to unfold, they now have the tool to make it happen.

Long term: All entitlements will be cut off or made worthless through currency debasement:

The question of disappearing entitlements isn’t just an EBT card issue, by the way. The coming financial collapse of the U.S. government will end all entitlements, including social security, Medicare and federal workers’ retirement pension payments.

That’s the real kicker in all this: In a society where 50% or so are now largely dependent on the federal government for their very survival, the fact that the government is headed into a multi-trillion-dollar debt blowout should raise red alerts everywhere.

Obama has put the USA on a collision course with a debt implosion, adding more to the U.S. debt in the last four years than all the Presidents in the history of America — combined! And with government spending continuing to expand beyond all sanity, there is no stopping the coming debt blowout.

As you can see from the chart, we are now in a hyperbolic final blowout of debt that can only lead to a total economic implosion. Over the next four years, this chart will get even more insane as Obama spends trillions of dollars of money we don’t have, further accelerating America’s head-on collision with the financial apocalypse.

Nestlé is watching you!, page 1 – AboveTopSecret.com

Hustle and Flow: The Privatization of Water

When that happens, all federal benefits immediately cease. If you thought the idea of tens of millions of angry EBT debt card users was bad, just consider what happens when all the former federal employees don’t get their pension funds anymore. Or if social security checks are eroded down to the point where they are essentially worthless. That’s when you’re going to see real social unrest across America, and that day is a finite number of weeks away. It will arrive as sure as the sun comes up, and when it does arrive, there’s going to be unprecedented chaos in the streets as all the suckers who lived their lives dependent on the federal government suddenly come to find out the whole thing was a Ponzi scheme.

Yep: A Ponzi scheme. The U.S. government is running the largest Ponzi scheme in the history of the world, and just like every Ponzi scheme that has ever existed, it will sooner or later collapse. When that day comes, you will want to make sure you have stored food, water, silver coins, ammo, emergency medicine and all the usual preparedness supplies.

And be prepared to defend your supplies from those who refused to prepare. Because if there’s one thing that EBT cards have taught tens of millions of America, it’s that “YOUR stuff belongs to THEM!”
Natural News