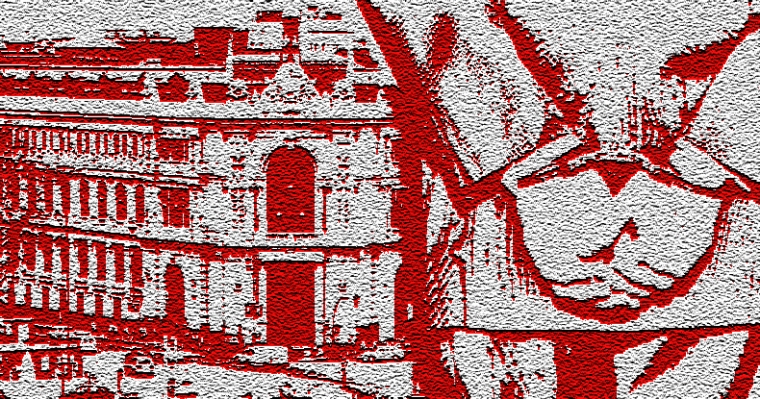 As part of the epic, multi-year criminal investigation into the doomed IPO of Spain’s frankenbank Bankia – which had been assembled from the festering corpses of seven already defunct saving banks – Spain’s national court called to testify six current and former directors of the Bank of Spain, including its former governor, Miguel Ángel Fernández Ordóñez, and its former deputy governor (and current head of the Bank of International Settlements’ Financial Stability Institute), Fernando Restoy.

It also summoned for questioning Julio Segura, the former president of Spain’s financial markets regulator, the CNMV (the Spanish equivalent of the SEC in the US). The six central bankers and one financial regulator stand accused of authorizing the public launch of Bankia in 2011 despite repeated warnings from the Bank of Spain’s own team of inspectors that the banking group was “unviable.”

Though they have so far only been called to testify, the evidence against the seven former public “servants” looks pretty conclusive. Testifying against them are two of Banco de España’s own inspectors who have spent the last two years investigating Bankia’s collapse on behalf of the trial’s presiding judge, Fernando Andreu.

There are also four emails from the Bank of Spain’s inspector in charge of overseeing Bankia’s IPO, José Antonio Casaus, to the assistant director general of supervision at the Bank of Spain, Pedro Comín, that very clearly express concerns about the bank’s “serious and growing” profitability, liquidity, and solvency issues.

[April 8, 2011] “Bankia is unviable, both economically and financially. In the end, the FROB [Spain’s state-owned Fund for Orderly Bank Restructuring] will have to convert its debt into shares for the BFA [Spain’s state-owned banking group] and refund holders of Bankia’s subordinate bonds and “preferentes” shares. […] Find a buyer for the group.”

[April 14,2011] “This is not working, it’s getting worse. […] Bankia’s capacity to generate resources is deteriorating.”

[May 10, 2011, uppercase used by Causus for emphasis] “The endogenous solution put forward by Bankia — a public listing with a double banking structure without the necessary structural changes — WILL NOT WORK AND WILL HAVE A DEVASTATING IMPACT ON TAXPAYERS.”

[May 16, 2011, 2 months before the IPO] “The (bank’s) board is highly politicized and unprofessional. It still has the same directors that led the former entities to need public assistance: [they are] discredited in the eyes of the markets.”

As the court’s edict reads, the contents of the emails unequivocally demonstrate that the Bank of Spain’s management was perfectly aware of the “inviability of the group” as well as “the fabricated financial results it had presented.” Yet, together with the CNMV, it lent its blessing to those results, knowing full well they bore no relation to reality .

Featured in the IPO prospectus, those results were crucial in luring 360,000 credulous investors into buying shares in the soon-to-be-bankrupt bank, not to mention the 238,000 people who bought “preferentes” shares or other forms of high-risk subordinate debt instruments being peddled by Bankia’s sales teams as “perfectly safe investments.” Most have since been refunded by Spanish taxpayers.

The IPO prospectus was also signed off on by Bankia’s auditor, Deloitte, whose Spanish representatives are also warming the defendants’ bench. Deloitte was not just the bank’s auditor, it was also the consultant responsible for formulating its accounts. As El Mundo put it, first Deloitte built Bankia’s balances, then it audited them, in complete contravention of the basic concept of auditor independence [read: Deloitte About to Pay for its Spanish Sins?].

Given this deeply compromising, not to say illegal, set-up, it’s hardly any surprise that Deloitte was happy to confirm in Bankia’s IPO prospectus that the newly born frankenbank was in sound financial health, having made a handsome profit of €300 million just before its public launch. It was a blatant lie: in reality Bankia was bleeding losses from every orifice.

Now, just about everybody who played a role in this momentous deception, with the exception of the government itself, is standing trial. That includes 65 former members of Bankia’s management team including its former President and ex-chief of the IMF, Rodrigo Rato, who faces charges of money laundering, tax fraud, and embezzlement.

In his testimony to the court almost exactly two years ago, Rato argued (quite rightly) that the blame for Bankia’s collapse should be much more evenly spread out. Bankia’s public launch “was not a whimsical decision” taken by its chief executives, he said, but was the inevitable result of regulatory changes at the beginning of 2011. According to Rato, the CNMV even played an active role in drawing up the bank’s lie-infested IPO brochure.

Now, two years later, some of Spain’s most senior central bankers and financial regulators find themselves in the rare position of having to explain and defend the actions and decisions they took that helped pave the way to the biggest bank bailout in Spanish history. It will be one of the first times that senior members of the global central banking complex have had to face trial for the consequences of their actions.

That’s not to say that justice will prevail. Spain’s legal system is notoriously slow, especially when it’s convenient, and heavily politicized. There’s also the possibility that the ECB may intervene as it did in Slovenia’s investigation of its central bank’s alleged misuse of bailout funds.

The last Spanish judge that dared to take on the financial elite, Elpidio Silva, sent Caja Madrid’s CEO Miguel Blesa to jail — not once, but twice – and was barred from the bench for 17 years. As such, the presiding judge of the current case, Fernando Andreu, would do well to tread carefully; he risks stepping on some very important toes.

Now a hot new bail-in-able debt got cooked up by financial engineers in France. And it’s a big hit. Read… Biggest EU Banks Embark on the Mother of All Debt Binges