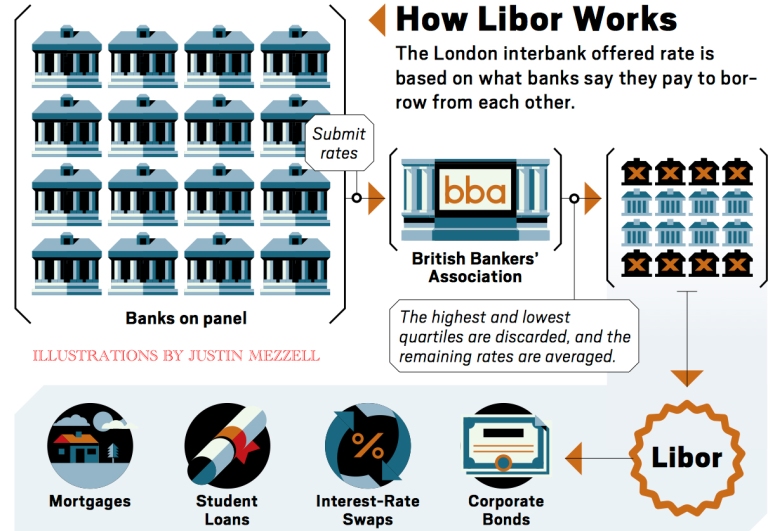 The U.S. Supreme Court turned away an appeal by Bank of America Corp., Citigroup Inc. and JP Morgan Chase & Co., refusing to stop antitrust lawsuits that accuse some of the world’s largest banks of conspiring to rig Libor.

The banks sought review of a decision that said the suing investors had adequately claimed they were harmed by the alleged effort to drive Libor down. The investors held securities tied to Libor, or the London Interbank Offered Rate, an interest-rate benchmark used to value more than $300 trillion of securities worldwide.

The federal appeals court left open the possibility that the antitrust claims in Manhattan could be dismissed on other grounds. Even so, the Supreme Court rebuff leaves the banks vulnerable to the prospect of billions of dollars in damages should the suits succeed.

Although the Supreme Court generally prefers to wait for lower court proceedings to run their course, the three banks argued that the stakes in the case warranted immediate intervention.

“The wrong result here could be economically devastating,” the banks argued in their appeal.

The high court gave no explanation, rejecting the appeal as part of a list of orders released Tuesday. Lawrence Grayson, a spokesman for Bank of America; Brian Marchiony, a spokesman for JPMorgan; and Danielle Romero-Apsilos, a Citigroup spokeswoman, all declined to comment on the Supreme Court action.

HSBC Holdings Plc, Credit Suisse Group AG, Deutsche Bank AG and UBS Corp. are among the other banks that have been sued. Barclays Plc agreed to pay $120 million to settle claims against it.

In urging the court not to hear the appeal, the investors said they were “price-fixing victims bringing a classic price-fixing claim.” They said the collusion caused them to either receive less money or pay more in transactions involving Libor-linked securities.

The three banks argued that setting Libor is a collaborative process, not a competitive one, putting it outside the ambit of the federal antitrust laws.