States may make whatever laws they wish (consistent with their State Constitutions) except as prohibited by the US Constitution.

Only Laws made by Congress, which are pursuant to the Constitution, qualify as part of the General Government Law of the Land. 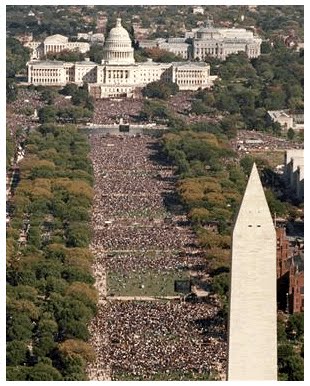 Of course, Holder’s personal views are irrelevant when it comes to official Acts of Sovereign States. The only legitimate Question is this: Does the Arizona Law violate the U.S. Constitution? And the clear answer to that Question is, “No!”Here is the text of the amazingly innocuous Arizona Law. Read it, and you will know more about it than the Attorney General of the United States, Eric Holder! On May 13, 2010, Holder testified before Congress that he hadn’t read the Arizona Law; even though on previous occasions, he attacked the Law as “an unfortunate one”, which is subject to “potential abuse” and the “possibility of leading to racial profiling”. In short, he, Eric Holder, doesn’t think the Arizona Law is “necessarily a good idea”. Oh my!

1. Let us look at the “supremacy clause” of the Constitution. Article VI, clause 2 says:

This Constitution, and the Laws of the United States which shall be made in Pursuance thereof … shall be the supreme Law of the Land; and the Judges in every State shall be bound thereby, any Thing in the Constitution or Laws of any State to the Contrary not withstanding. [emphasis added]

Note the two emphasized phrases, for therein is the Answer to the Question.

a) First, we must learn that only Laws made by Congress which are pursuant to the Constitution qualify as part of the supreme Law of the Land. Alexander Hamilton says in Federalist No. 27 (last para):

…the laws of the Confederacy [federal government], as to the ENUMERATED and LEGITIMATE objects of its jurisdic-tion, will become the SUPREME LAW of the land; to the observance of which all officers, legislative, executive, and judicial, in each State, will be bound by the sanctity of an oath. Thus the legislatures, courts, and magistrates, of the respective members [States], will be incorporated into the operations of the national government AS FAR AS ITS JUST AND CONSTITUTIONAL AUTHORITY EXTENDS; and will be rendered auxiliary to the enforcement of its laws… [emphasis in original]

In Federalist No. 33 (next to last para), Hamilton says:

…But it will not follow…that acts of…[the federal govern-ment] which are NOT PURSUANT to its constitutional powers, but which are invasions of the residuary authorities of the..[the States], will become the supreme law of the land. These will be merely acts of usurpation, and will deserve to be treated as such…[Art. VI, cl. 2] EXPRESSLY confines this supremacy to laws made PURSUANT TO THE CONSTITUTION … [emphasis in original]

In the next paragraph, Hamilton points out that a law made by Congress which is not authorized by the Constitution,

…would not be the supreme law of the land, but a usurpation of power not granted by the Constitution….

So! When Congress makes laws which are not within its enumerated powers, such pretended laws are mere acts of usurpation and have “supremacy” over nothing.

b) Second, note that Art. VI, clause 2 also shows that only laws of States which areContrary to the Constitutionmust fall. States may make whatever laws they wish (consistent with their State Constitutions) except as prohibited by the US Constitution. Laws specifically prohibited to the States are listed at Art. I, Sec. 10. States also may not properly make laws which contradict the Constitution. For example, a State Law which purported to permit 25 year olds to be US Senators would contradict Art. I, Sec. 3, clause 3, and thus would fail under the “supremacy clause”.

So Remember! When a State Law is not contrary to the Constitution, it remains in full force & effect and is not affected one jot by the “supremacy clause”.

…the State governments …clearly retain all the rights of sovereignty which they before had, and which were not… EXCLUSIVELY delegated to the United States. This exclusive delegation …of State sovereignty would only exist in three cases… [emphasis in original]

Hamilton then describes the three cases where the Constitution grants to the federal government exclusive authority to act:

(a) Where the Constitution expressly grants an exclusive authority to the federal government; as in Art. I, Sec. 8, next to last clause, which grants to Congress the power to “exercise exclusive Legislation in all Cases whatsoever,” over the District of Columbia, Forts, dock-Yards, and other needful Buildings.

(b) Where it grants an authority to the federal government, and prohibits the States from exercising that same authority; as in Art. I, Sec. 8, clause 1, which authorizes Congress “To lay and collect Taxes, Duties, Imposts and Excises”; and Art. I, Sec. 10, clause 2, which declares that, “No State shall, without the Consent of the Congress, lay any Imposts or Duties on Imports or Exports….”

(c) Where it grants an authority to the federal government, to which a similar authority in the States would be absolutely & totally CONTRADICTORY and REPUGNANT; as in Art. I, Sec. 8, clause 4, which declares that Congress shall have power “to establish an UNIFORM RULE of naturalization throughout the United States.” This must necessarily be exclusive; because if each State had power to prescribe a DISTINCT RULE, there could not be a UNIFORM RULE.

It is not …a mere possibility of inconvenience in the exercise of powers, but an immediate constitutional repugnancy that can …alienate and extinguish a pre-existing right of sovereignty [in the States]. (4th para)

The necessity of a concurrent jurisdiction in certain cases results from the division of the sovereign power; and the rule that all authorities, of which the States are not explicitly divested in favor of the Union, remain with them in full vigor…[This]is…clearly admitted by the whole tenor of the…proposed Constitution. We there find that, notwith-standing the …grants of …authorities [to the federal government], there has been the most pointed care in those cases where it was deemed improper that the like authorities should reside in the States, to insert negative clauses prohibiting the exercise of them by the States…[Art. I, Sec. 10] consists altogether of such provisions. This circumstance is a clear indication of the sense of the convention, and furnishes a rule of interpretation out of the body of the…[proposed Constitution], which…refutes every hypothesis to the contrary. (5th para)

So! Even where the Constitution delegates a power to the federal government, the Sovereign States retain a concurrent and coequal authority over the same matter unless the Constitution specifically prohibits the States from exercising that power.

The Congress shall have Power … To establish an uniform Rule of Naturalization..

4. Now let us look at Art. I, Sec. 8, clause 4. This is the clause which some in the “open borders” crowd claim “trumps” the Arizona Law. Well, well! Theirs is a silly argument indeed, and we can dispose of it easily. The clause reads:

James Madison explains in Federalist No. 42 (4th para from end) the reason for the clause. Under the Articles of Confederation, the various States had their own rules for qualifying for citizenship:

By the laws of several States, certain … aliens, who had rendered themselves obnoxious, were laid under interdicts inconsistent…with…citizenship…What would have been the consequence, if such persons…had acquired the character of citizens under the laws of another State, and then asserted their rights as such … within the State proscribing them? … [C]onsequences would probably have resulted, of too serious a nature not to be provided against. The new Constitution has accordingly … made provision against them …by authorizing the general [federal] government to establish a uniform rule of naturalization throughout the United States.

5. Now let us look at the Arizona Law. But you must prepare yourself for the shocking facts of this Law! When Arizona officials have made lawful contact with illegal aliens,they are going to turn them over to the custody of the federal government! Yes!Arizona officials actually propose to turn these illegal aliens over to the United States Immigration and Customs Enforcement (ICE) or to the United States Customs and Border Protection. Oh my!

Other provisions of the Arizona Law address crimes committed by illegal aliens and others within the borders of the State (criminal trespass, human smuggling, impeding traffic while picking up day laborers, harboring & concealing illegal aliens, and knowingly employing illegal aliens). After the illegal aliens have served their sentences, they will be turned over to ICE or US Customs and Border Protection! Shocking, isn’t it?

So, where’s the conflict with the US Constitution? Identify Article, Section, & Clause, if you please! Is anyone so silly as to assert that it violates the U.S. Constitution for officials of the Sovereign State of Arizona to turn illegal aliens over to the federal authorities? Is anyone so silly as to assert that the Sovereign State of Arizona has no criminal jurisdiction over illegal aliens who commit crimes within the Borders of that Sovereign State? When illegal aliens murder, rape, and rob citizens of the Sovereign State of Arizona, does their status as illegal aliens immunize them from responsibility for their crimes? Is it the hysterical predictions that “racial profiling” might occur? Just what is “racial profiling”, and where is that prohibited in the Constitution? And if the Southern Border is being invaded by Mexicans and Muslims from the Middle East, should Arizona officials stop blue-eyed blonde-haired people who are speaking Norwegian just to show that they don’t notice when someone looks Mexican or Muslim and speaks Spanish or Arabic? Are We a People who have lost our minds? Do we continue to permit political correctness to blind us to Reality? Do we continue to pretend that the naked Emperor is wearing clothes?

Alexander Hamilton shows in Federalist No. 32 (3rd para) the proper questions to ask: Is there anything in the US Constitution which makes the powers asserted by the Sovereign State of Arizona EXCLUSIVE in the federal government? Is there anything in the US Constitution which prohibits the States from exercising the powers which Arizona exercises in her Law? No and No! In fact, Arizona has exclusive jurisdiction over illegal aliens who commit violations of Arizona’s Criminal Laws. And the federal government simply has no authority whatsoever to interfere. And to the extent the federal government does interfere, its actions would not be pursuant to the Constitution, but would be mere usurpations of power and would deserve to be treated as such.

There is nothing in the US Constitution which prohibits Arizona from exercising the powers in her Law. So far is this from being the case, that a plain and conclusive argument to the contrary is to be deduced from Art. I, Sec. 10, last clause:

No State shall …keep Troops…in time of Peace…or engage in War, unless actually invaded…

So! Not only may the Sovereign State of Arizona turn illegal aliens over to the custody of the federal authorities, and not only may that State prosecute illegal aliens for their crimes committed within the Borders of that State, Arizona may also keep troops and engage in War to defend herself from the Invasions. It has been shown beforethat Art. IV, Sec. 4 requires the federal government to protect each of the States against Invasion. But the federal government refuses to do its duty! The Sovereign States have express authority to do it themselves. They must do it, or be overrun. PH