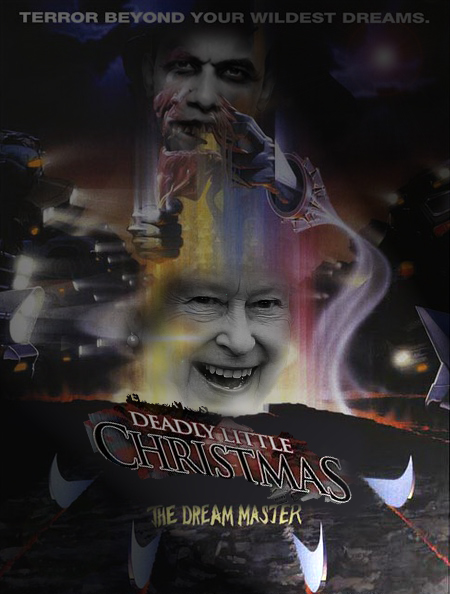 The Presidential campaign committee of Jacques Cheminade, Cheminade 2012, produced the following leaflet on Dec. 15, for its immediate national mass mobilization Christmas offensive, urging readers: “If you do not want to act as though nothing were at stake during this holiday season, participate in our special holiday mobilization by printing and distributing this leaflet.”

The translated text of the leaflet reads:

When War Is Looming, Should You Be Celebrating Christmas? 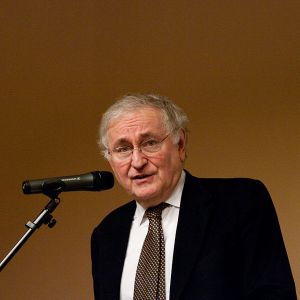 We are at war, war launched by a conglomerate of financial interests operating out of the City of London and Wall Street which is destroying everything, both the lives of people and the substance of the economy. The European Union has become an accomplice by allowing the European Central Bank (ECB) to procure practically unlimited funds for the banks for two or three years, at 1% interest, in order for them to profit by relending them to countries at far higher rates.

This economic swindle leads directly to a military conflict, because the austerity that insane finance is imposing on everyone but itself, in neither allows repayment of the debt, nor the ability of human beings to live. Thus, insane finance leads straight to insane war: already, under the pretext of forbidding to others what they themselves already possess, U.S., British and French forces are deploying against Iran, and Israeli leaders such as Netanyahu and Barak, are preparing to launch a nuclear strike or being able to rapidly do so.

Admittedly, more reasonable leaders — even within Israel, former intelligence figures, or politically sensitive ones such as those at Ha’aretz, or experienced military figures in the United States and France — oppose this military adventure. However, if we do not change the current economic order, war will fatefully occur, and rather sooner than you think, because the storm clouds that bring it are already overhead. Seeing their own foundation destroyed by the devastating hurricane they themselves loosed, the financial globalization forces are taking aim, beyond Iran, at the trans-Pacific region (Russia, China, Korea, India…) whose development thy cannot tolerate. Furthermore, their objective is a depopulation policy: As they destroy the economic and social capacity to support human existence, they logically deduce that its numbers must be brutally reduced. The least provocation, in Iran or elsewhere, is sufficient to set fire to the fuse.

Christmas, therefore, can only be reasonably celebrated, if we fight this dual war, the one already declared, and the other that is threatening. 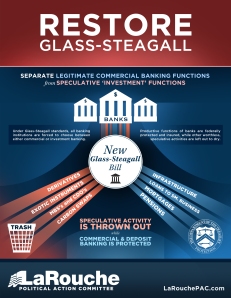 1. Glass-Steagall. Dry up the source of the predatory financier oligarchy by separating deposit and lending banks on the one side, from merchant banks on the other. This means the immediate halt to bailing out the gambling activities of the financial firms and rendering them harmless by putting them through a process of organized bankruptcy.

2. Productive public credit. Reestablish a physical economy at the service of mankind, by replacing the current system of financial globalization based on monetarist looting, with a public credit system financing great projects of mutual development on both a European and a world scale. In order to do this, repeal any European treaty or clause thereof that hinders these proejcts.

3. A great workshop. Invest in human creativity, no more in financial or commercial gambling and Green finance, but following the criteria for the creation of real physical and human wealth by increasing both energy-flux-density and human productivity per capita and per unit area.

5. SDE. Join the Strategic Defense of the Earth (SDE) proposed by Russia, by putting a network of satellites into Earth orbit equipped with laser shields. This means rallying the major countries of the world around a dual objective: to use lasers in order to neutralize the least attempt at a military missile launch, and organizing surveillance of our weather in the context that our Solar System is entering into a particularly unstable position within our galaxy, by providing the means to react to an eventual threat posed by celestial bodies (asteroids or others).

6. Thereby create an alliance of peoples sufficiently strong to break the stranglehold of the oligarchy, a trans-Pacific and Eurasian alliance capable of shattering the Empire of the City and Wall Street.

7. Eliminate the “Ceasarism” of our heads of state, who blindly lead us into chaos and a war of each against all, in the service of a depraved financier oligarchy.

Man is not a pawn, labor is not a commodity, and life is not submission. Our mission is to settle the real debt, what we owe to the common good and to future generations in payment for what we were given by generations past, not the gambling debt of the suicidal system which is dragging us down in its downfall.