BLATANT VIOLATIONS TO THE U.S. CONSTITUTION

WHY OBAMA MUST BE REMOVED

The Benghazi Assassination Cover- Up / 9-11

After the terrorist attack that killed Am- bassador Chris Stevens and three other US Diplomats, the White House began a campaign of lies to conceal the fact that they had prior warning of a potential terrorist attack in Benghazi. The execu- tive did nothing to protect these diplo- mats, then knowingly misled the Ameri- can citizenry that the attack was the result of a spontaneous protest instead of a heavily-armed terrorist assault.

Contrary to his own previously stated understanding of what the Constitu- tion and the War Powers Resolution demand, President Obama committed U.S. forces to war in Libya without Con- gressional approval, despite the lack of anything like the Constitutionally- mandated requirement of an imminent threat to national security. US intelli- gence helped to train Libyan rebels on the ground, while US munitions and Drones aided in the attack. Our support and escalation of the war in Libya also aided in creating the environment that killed four US diplomats on 9/11/12.

The U.S. Drone War in North Waziristan isn’t precise or surgical. It kills hun- dreds of innocents, including women, and at least 176 children.

The stress endured by civilian Pakistanis creates psychiatric disorders. This policy cre- ates more terrorists than it kills, ruins the lives of thousands of innocent peo- ple while killing hundreds of innocents. It is cowardly, immoral and illegal.

Escalating the Threat of Global Nuclear War with Russia & China

Along with the encirclement of Russia and China with strategic military up- grades and NATO deployments through- out Eastern Europe and the Pacific, the United States under Barack Obama has escalated its commitment to destabi- lization through regime-change in the Middle East in direct opposition to the efforts of Russia and China.

The highest layers of the Russian government and military have both clearly stated that these provocations could and, if contin- ued, inevitably would, lead to general war.

Passed on December 31, the NDAA con- tinues the tradition of the unconstitu- tional Patriot-Act, granting essentially dictatorial powers to the Federal Gov- ernment to arrest any American Citi- zen without warrant and to indefinitely detain them without charge. 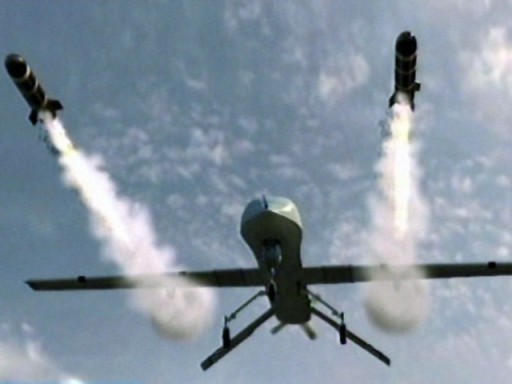 The Extrajudicial Murder of American Citizens with Drone Attacks

Obama personally signed off on these assassinations with full knowledge of their American citi- zenship. Regardless of Al Qaeda affilia- tion, all American citizens have a Con- stitutional right to due process, and the summary execution of citizens without trial is an indisputable violation of the Constitution.

Indictment of Barack Obama: Part One.