Last month, Earth Day came and went. Perhaps you missed hearing about it. For 2013, the theme was “The Face of Climate Change.” Other than a change in the Post Office cancellation mark on your letters from the usual wavy lines, to the four stick-like wind turbines and a sun symbol, there was little note of what was once an event celebrated by 20 million Americans. Tim Wagner, Utah representative for the Sierra Club’s Our Wild America Campaign, groused: “Media coverage of global warming has virtually disappeared.”

According to EarthDayCentral.com, one of the goals of Earth Day is to help you “Discover what you can do to save the environment.”

Perhaps, people no longer see the need for planetary salvation.

The author starts with: “When Earth Day observances first began in 1970, Cleveland had recently doused a pollutant-fueled fire on a section of the Cuyahoga River. Cities were often shrouded in thick blankets of smog. And large portions of Lake Erie were so fouled by industrial, farm, and sewage runoff that sections of the 241-mile-long lake were pronounced dead.”And later, he reports: “Since that first Earth Day, the air over major cities is cleaner. Lake Erie is healthier.

So is the Cuyahoga River, which groups in Cleveland would like to turn into a centerpiece of urban life. The improvements have come with ‘yes, but…’ as other environmental challenges have elbowed their way to the fore. But for the most part, tools are in place to deal with them.”
As Patrick Moore, a co-founder of Greenpeace, explains, the ‘80s ushered in the age of environmental extremism. The basic issues, for which he and Greenpeace fought, had largely been accomplished, and the general public was in agreement with the primary message. In order for the environmentalists to remain employed, they had to adopt ever more extreme positions.

Moore’s view helps understand how the environmental movement has gone from trying to save the planet to killing the U.S. economy.

The American economy has some basic problems. We need more well-paid jobs, increased revenue, and our trade balance is out of whack. Each of these issues could be easily addressed, but environmentalists are doing everything they can to kill potential solutions. Three such examples are coal mining and exporting; natural gas extraction and conversion to liquefied natural gas (LNG) that can then be exported; and the Keystone pipeline—all of which face extreme opposition from environmentalists. 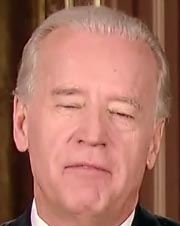 The U.S. has the world’s largest economically recoverable coal resources—with more than one-fourth of the world’s reserves. Unfortunately, our policies have stymied growth in the mining industry. Bill Bissett, President of Kentucky Coal Association, told me: “Our industry is accustomed to market fluctuations and competition with other fuel sources, but having a federal government place additional regulations on one geographic region (Eastern KY and WV) and one industry (coal mining) is absolutely unfair.”

Last month, environmental groups (including the Sierra Club and Greenpeace) sent a letter to newly confirmed Interior Secretary Sally Jewell calling for a moratorium on the leasing of federal lands for coal mining in the Powder River Basin (PRB) of Montana and Wyoming—which accounts for about 40% of U.S. coal reserves. The results of a recent lease sale in Wyoming, offers insight regarding the economic importance of leasing these federal lands for coal mining.

Peabody Coal paid nearly $800 million to the U.S. Government for the rights to expand an existing coal mine and maintain their current workforce. The $800 million was a “bonus payment” and gives them the right to lease the coal and pay 12.5% of the sales price as a royalty. According to data from the Bureau of Land Management, 13 active coal mines in the Wyoming portion of the PRB alone employ more than 6,800 workers.

While, as Bissett addressed, policy under this administration has harshly singled out coal and the coal miners for punishment, coal’s low cost and abundance continues to make it a highly preferential fuel for power generation in developing countries like China and India. And, as I’ve previously written, even Europe is increasing its use of coal for electricity generation, as they’ve discovered the prohibitively high cost of renewables. In 2011, exports to European and Asian markets represented 76% of total U.S. coal exports—up 31% compared to 2010.

Currently, U.S. coal is easily shipped to Europe from ports on the east coast, but the U.S.is missing out on the important Asian market—now being met by more expensive Australian competitors—due to infrastructure opposition from environmental groups. In the Los Angeles Times (LAT), Bill McKibben, founder of 350.org and a legend in the world of climate activism, wrote: “Those exports can’t really take off, however, unless West Coast ports dramatically expand their deepwater loading capacity. … Environmentalists are trying desperately to block the port expansion.”

Addressing the situation, the Wall Street Journal states: “there are now no major coal exporting facilities on the U.S. West Coast. Washington State, with its proximity to coal-rich Wyoming and Montana, is seen as the best place to start.” PRB coal is being shipped to China and India through Vancouver. Additionally, the countries’ needs are being filled by Australian and Indonesian coal—so environmentalists’ fears that shipping U.S. coal will undermine “everything we’ve accomplished,” as Sierra Club spokesman David Graham-Caso says, are wrong.

The coal is being shipped and used—but the U.S. is losing out on the jobs (which would be mostly union jobs), the revenue, and the benefit to the trade deficit. The LAT/McKibben piece cites KC Golden, policy director of Seattle’s Climate Solutions group: “Can you imagine standing at the mouth of the Columbia River, watching ships sail in from Asia carrying solar panels and electric car batteries and plasma TVs, passing ships from America carrying coal?” Worse, can you imagine all those goods coming in—manufactured using Australian coal-fueled electricity, and nothing going out? That’s what we have now.

A report from the Energy Policy Research Foundation states: “U.S. production will merely replace higher cost production. … Neither net world coal combustion nor GHG emissions will change as a result of an expansion of U.S. coal exports.” The report concludes: “The higher net value received is in effect a wealth transfer from foreign consumers to U.S. producers and the national economy. This net gain to the national economy shows up in higher returns to invested capital, greater employment opportunities from expanded investment, higher revenues to state, local and federal governments, and higher lease values on coal reserves from federal and state lands.”

But environmental groups don’t want this “net economic gain to the national economy.”Apparently, they’d prefer that we continue to borrow from China’s Australian coal-fueled economy.

LNG faces a similar problem. Natural gas was once the favored choice of environmentalists—until privately funded hydraulic fracturing (or high-pressure drilling) advancements made it plentiful and, consequently cheap. The low-cost fuel snatched away the fossil fuel-free dream that seemed to be almost within reach. Now environmentalists oppose natural gas as well. The Sierra Club’s Beyond Natural Gas site claims: “Increasing reliance on natural gas displaces the market for clean energy.”

Many countries want U.S. natural gas. Unlike coal, natural gas cannot just be put on a ship and sent to the awaiting customer. It must first be liquefied—hence the term LNG. The liquefaction process requires costly facilities, which, for economic reasons, need a large customer base—many with which the U.S. does not have free trade agreements (though the Energy Department can permit them, provided it determines that such ventures are consistent with the public interest).

The International Business Times, on March 1, 2013, reported that: “As of this date, 17 applications for multi-billion-dollar facilities to turn the commodity into liquefied natural gas, or LNG, for export are under review by the Energy Department.” Let’s hope they don’t take as many years and as many reviews as the Keystone pipeline.

LNG exports could have a tremendous positive impact on the U.S. economy. A recent IHS global insight report concluded that LNG exports would “result in the creation of over 100,000 direct, indirect, and economy wide jobs and have an immediate economic impact resulting in $3.6 to $5.2 billion in potential annual revenues.”

And, LNG exporting would not only create jobs and increase revenue, it would also reduce trade deficits. A just-released report from the Rio Grande Foundation states: “The United States currently runs a $6 billion trade deficit with Japan. That nation is particularly eager to import LNG from the U.S. due to the nuclear accident at Fukushima.”

Once again, environmentalists oppose jobs, revenue, and trade-deficit reduction. Earlier this year, more than 40 groups and individuals took out a half page ad in the New York Times that said: “Exporting Liquefied Natural Gas (LNG) to overseas markets will mean more drilling and fracking on U.S. land, which are dirty and dangerous practices.”

Like coal mining and export, natural gas extraction, liquefaction, and export, the Keystone pipeline would create thousands of union jobs and increased service employment in supporting communities; benefit local and state economies, and provide additional revenues to the federal coffers; and help balance the trade deficit, as some of the refined product would be exported. But once again, environmental opposition has targeted the pipeline—causing delay after delay that has now postponed the economic benefit of the pipeline.
Last week, Russ Girling, TransCanada, CEO, said: “I believe that those that are fundamentally opposed to our pipeline are getting louder and more shrill as we move towards a decision.” He announced that the potential start date must be moved from the previously planned late 2014 or early 2015 to late 2015.

The Keystone pipeline saga is the same song, another verse.

These are just three current examples of how the influence of environmental organizations is driving policy in the name of planetary salvation that is, in reality, resulting in economic devastation that could lead to humanity’s ultimate starvation. Environmental motivations are less about saving the planet and more about killing the global economy—while enriching themselves at taxpayers’ expense.

Update On West/Waco Texas Fertilizer Plant Missile/Laser Strike: Government Motives To Destroy It With A Missile!