London (AFP) – Almost one in 10 babies and toddlers in England and Wales are Muslim, according to new analysis of census figures published Friday, illustrating the growth of the minority community.

Some 317,952 children aged under five, or 9.1 percent, were registered as being Muslim in the 2011 census, the Office for National Statistics (ONS) figures show.

As a measure of how the religious demographics of England and Wales are changing, the figure is nearly double the 4.8 percent of the whole population who are Muslim, while fewer than one in 200 people aged over 85 are Muslim.

“It certainly is a startling figure,” David Coleman, professor of demography at Oxford University, told The Times newspaper on Friday.

“Birth rates of Muslims of Pakistani and Bangladeshi origin remain quite high, although falling. There seem to be very low levels of falling away from religion among Muslims.”

Muslims have the youngest age profile of the main religious groups. Nearly half of Muslims (48 percent) were aged under 25 (1.3 million).

The figures showed that Christianity remains by far the most common religion registered for babies in England and Wales, at more than 1.5 million, or 43.7 percent. 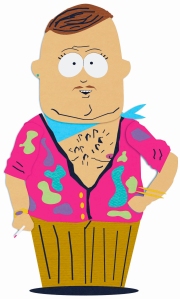 For every 100 people in Britain, just 1 will identify themselves as gay or lesbian according to the latest government statistics. The numbers (which include gender, location and age) may come as a surprise – but why?

In its ‘Integrated Household Survey’, the Office for National Statistics asks 178,197 people about their sexual identity – and the vast majority of them choose to answer.

93.5% of people said they were ‘heterosexual’ or ‘straight’, just 1.1% said they were ‘gay’ or ‘lesbian’ and 0.4% said they were bisexual. The small fraction that was left either refused to answer or said they didn’t know. Altogether, amounts to about 545,000 homosexual and 220,000 bisexual adults in the UK.

The claim that just 1.5% of people in Britain are gay, lesbian or bisexual will come as a surprise to some – even perhaps those in government. When they were analysing the financial implications of the new Civil Partnerships Act, the Treasury estimated it was 6%. Stonewall, a gay rights charity reckon that 5-7% “is a reasonable estimate”.

The percentage of Britons saying they’re gay, lesbian or bisexual is far higher in London than anywhere else in the UK – 2.5% compared to just 1.1% in Northern Ireland and 1% in the East of England.

Those aged between 16 and 24 were by far the most likely to say they were gay, lesbian or bisexual – 2.7% of them did – a proportion that steadily declines as you inch up the age scale. Download the full spreadsheet

Nearly as many parents listed their children under five as having no religion — the answer given for nearly 1.2 million (34.1 percent).

Ibrahim Mogra, assistant secretary-general of the Muslim Council of Britain umbrella group, said the number of Muslim babies reflected the confidence of the community.

“It’s not about Britain becoming a Muslim country but about Britain enabling the practice of Islam, which gives confidence to the vast majority of Muslims,” he told The Times.

Thirteen children aged under five were being raised in witchcraft, while 121 had heavy metal as their stated religion. Some 4,700 were listed as “Jedi knight”, the statistics showed.

ONS figures showed that Mohammed was the most popular name for newborn baby boys in England and Wales in 2009, though 12 different spellings of that name meant that Oliver officially topped the chart.