On October 2, voters in Hungary will participate in a nationwide referendum to vote whether they agree to the forced settlement of migrants in Hungary by the EU or not.

It’s a major issue in Hungary, a land of proud and staunchly independent-minded people who have endured 150 years of Ottoman rule; wars with Habsburg Austria until the Austro-Hungarian Compromise of 1867 created a peaceful coexistence under the dual Monarchy of Austria–Hungary.

After that, Hungarians were subject to the [NWO Rothschild] Soviet Union since 1945, initially under the dreaded Mátyás Rákosi, until it became the first Warsaw Pact communist country to declare a constitutional republic in October, 1989 and open its borders to Austria, setting in motion the domino fall of East Germany and then of the entire Warsaw Pact and, ultimately, the Soviet Union. Like every nation, they have a very special history.

It might well be said that Hungarians, always an ethnic melting-pot population whose parliament enacted the first laws of ethnic and minority rights in the world in 1849, are not a passive people when they sense something is wrong in the way they are being treated.

About half, or 200,000, attempted to gain asylum in Hungary, and after government procedures, only 264 refugees were granted political asylum. Since the erection of the fence the inflow via the so-called Balkan Route has all but stopped. The Austrian government has also decided to cooperate with the Orban government in jointly patrolling their common border.

So far only Hungary has decided on a national referendum on the issue.

Polls show well over 66% opposed to the mandatory quotas, including Orban, who has urged a No vote.

Hungary’s outspoken Prime Minister, Viktor Orban, the only prime minister since 1989 to serve a full term and be re-elected, is very popular among Hungarians for speaking his mind against what he feels are wrong policies coming out of Brussels. Many Hungarians see him as a modern David pitted against the far larger Goliath, the faceless, unelected EU Commission.

On October 2 Hungarians will vote on a single question in a special national referendum: “Do you want the European Union to prescribe the mandatory settlement of non-Hungarian citizens in Hungary even without the consent of Parliament?”

On the war refugee issue Orban minces no words:

“Hungary does not need a single migrant for the economy to work, or the population to sustain itself, or for the country to have a future,” he said in a recent interview. On the contrary, he stated, “Every single migrant poses a public security and terror risk. This is why there is no need for a common European migration policy.”

Whoever needs migrants can take them, but don’t force them on us, we don’t need them.” As far as Hungary is concerned, he stated in an interview with RT, “migration is not a solution but a problem…We don’t need it and won’t swallow it.” 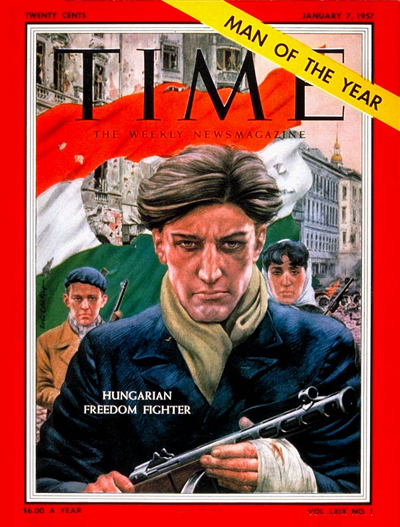 The Hungarian government insists that the right to decide refugee issues should be reserved exclusively for national governments.

Hungary and three other central European states that constitute the Visegrad Four group, which includes Czech Republic, Slovakia and Poland, have been opposing the mandatory quotas the EU wants to impose on each member state.

Last December Hungary filed a lawsuit with the European Court of Justice to thwart the EU’s attempt to redistribute incoming arrivals across the European Union. A decision could take years. The referendum is intended to give a broad popular mandate against Brussels’ forced quota attempts.

Clear to all from Brussels to Berlin to Budapest is that Hungarians will vote an overwhelming No to refugee forced quotas.

At that point the real question will be will Hungarians hold a second referendum, as the British did recently, to vote on leaving the EU or not when it becomes clear that Brussels will ignore the Hungarian vote with their usual deafening silence.

The idea of a Hungarian EU exit is not unthinkable at all at this point now that Britain has become “first out the door,” establishing the precedent exit is possible.

The Orban government to date has moved with a certain directed caution to test the limits of EU rules. Far from a “right-wing tyrant” as Brussels bureaucrats and politically-correct mainstream EU media have portrayed him, the Oxford-educated Orban is a highly-sophisticated, apparently not corrupt (a real novelty in today’s politics if true) genuine democrat who always turns to his voters on key policy decisions to be sure he has them with him, something anathema to the unelected Brussels oligarchy.

Viktor Orban’s views on the current refugee crisis, which media deliberately misnames the far more benign-sounding mass migration situation of the EU, he outlined in detail in his February 28 annual State of the Union address to the nation, midway into his third term as (elected) Prime Minister.

Referring to the country’s recent experience extricating itself from the destructive decades of communist rule, now as an EU member state since 2004, Orban notes,

“we are concerned as to how we should protect our national interests within the European Union.”

This sounds reasonable enough unless one realizes that the aim of the EU as an institution is precisely the opposite–to ultimately destroy any and all national interests in favor of a top-down Brussels-centered autocracy of the unelected.

As so much about the true Hungary and Orban’s actual accomplishments is either ignored or distorted by mainstream non-Hungarian media, it’s first useful to note some of what Viktor Orban has accomplished in the first term from 1998-2002 when his Fidesz Party won in a coalition with the Hungarian Democratic Forum (MDF) and the Independent Smallholders, Agrarian Workers and Civic Party (FKGP) and in his sole majority government since 2010. After 8 years out of office, Orban’s Fidesz Party won an overwhelming popular mandate of 53% of the vote and two-thirds of Parliament seats in 2010 and re-election in 2014 to the present.

As Orban notes in his February address to the nation, “within three years we had consolidated the budget, stabilized the economy, avoided bankruptcy, curbed inflation and reduced unemployment – the latter not marginally, but from 11.5% to 6.2%.

We sent the IMF packing, repaid our loan ahead of schedule, and this year we shall also repay the last blessed penny of our debt to the European Union.

All in all, in 2014 we rounded off this period of stabilization with economic growth of 3.7%, and opened a new chapter.” 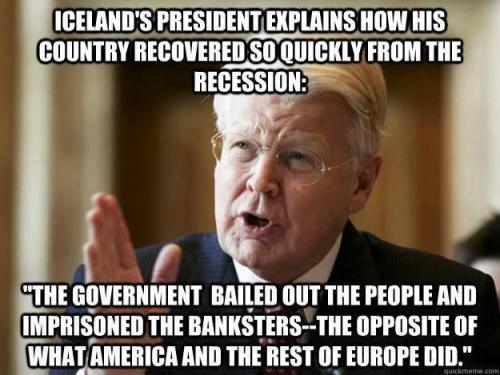 We have achieved this together: the state and the market; the Government and the business sector; employers and employees; Hungarian micro-, small and medium-sized enterprises and the local subsidiaries of global conglomerates…Compared with 2010, we have allocated forty per cent more funding to health care. We have halved waiting lists. We have allocated more than five hundred billion – more than five hundred billion forints – to the development of our hospitals.”

That is the background of Hungary’s present economy under Orban’s term and the background to understand why the population supports his call for a no to mandatory refugee quotas. Now his remarks on the refugee crisis are relevant.

‘name of this danger is mass migration…’:

Orban continues, “I would now like to explain why I have said all this.

In summary, it is because all of this is now in danger. The financial stability we have worked so hard for is in danger…Our nationally-oriented foreign policy – which has been built with such painstaking attention to detail – is in danger. Restored public order and public security free of terrorist threats are in danger. And our national culture…is also in danger.”

He gets precise: “The name of this danger is mass migration…The year 2015 brought to an end an age in which, believing that it was under Europe’s control, we took the protection and safety of our continent for granted. One year ago, on this same occasion, we were already warning that a new age of mass migration had begun. We were mocked mercilessly, and insulted by friends, allies and rivals alike…The reality is that those coming here have no intention whatsoever of adopting our way of life, because they see their own as more valuable…And why, indeed, would they give it up? The reality is that they will not provide the supply of labor needed by the factories of Western Europe.

Facts show that, across entire generations, the unemployment rate is much higher – sometimes several times higher –among those born outside Europe. The reality is that the European nations have been unable to integrate even the masses who arrived from Asia and Africa gradually, over a number of decades. How could they succeed in doing so now, so rapidly and for such large numbers?”

All those statements can be argued. But here is the core point on which Orban bases his strategy of Referendum, and the ultimate reason he will next be forced after October 2 to begin preparing a ‘Huexit’ from the EU for Hungary:

“…it is hardly the migrants whom we should be so angry with. The majority of them are also victims: victims of their countries’ collapsing governments, victims of bad international decisions, victims of people smugglers. They are doing what they see as being in their own interests.

The problem is that we Europeans are not doing that which would be in our own interests. There is no better word for what Brussels is doing than “absurd”.

It is like a ship’s captain heading for collision who, instead of wanting to take avoiding action, is more interested in deciding which lifeboats should be non-smoking. It is as if, instead of repairing the leaking hull, we are arguing about how much water should flood into which cabins…”

“It is a big enough problem that Brussels is not capable of organizing the defense of Europe, but it is an even bigger problem that it lacks the intent to do so. In Budapest, Warsaw, Prague and Bratislava it is difficult for us to understand how we have reached a point at which it is even possible that those wanting to come here from other continents and other cultures can be let in without controls.

It is difficult to understand the weakening of our civilization’s natural and fundamental instinct for the defense of ourselves, our families, our homes and our land…

This is Europe. Europe is Hellas, not Persia; it is Rome, not Carthage; it is Christianity, not a caliphate.

When we say this we are not claiming that we are better, but that we are different. To point to the existence of an independent European civilization does not mean that it is better or worse; it only means that “we are like this, and you are like that.”

This move by Hungary, its Prime Minister and its population is no superficial political ploy to bargain for a better deal from Brussels as David Cameron intended with his Brexit fiasco (seen from Cameron’s view). It’s a fundamental drawing of a line in the sand of the entire European Union between countries who believe in a dissolved national sovereignty in favor of a supranational Brussels-based United Europe, and those countries who fiercely intend in the wake of this refugee crisis and all its ramifications, to demand essential national sovereign rights.

At this point the unfortunate experiment known as the European Union is flying apart in every direction. Hungary may well be forced to rethink its EU identity after October 2 if not well before as events are going, and that will ineluctably feed the forces of dissolution in the EU, perhaps a not at all bad consequence.

F. William Engdahl is strategic risk consultant and lecturer, he holds a degree in politics from Princeton University and is a best-selling author on oil and geopolitics, exclusively for the online magazine “New Eastern Outlook