In the month of December 2016 Staat van Beleg could list 726 human rights violations (and 186 reports/analyses). The highest number we could document so far since the start of Staat van Beleg in July 2015.

Saint Maximilian Kolbe directs himself to the secret Chiefs of Freemasonry with these words:

“And you, small squadron of Hebrews, the ‘learned elders of Zion,’ who have already consciously provoked so many misfortunes and are preparing yet others, to you I direct this question: What advantage will you gain? … A huge accumulation of gold, pleasures, diversions and power, but none of this makes man happy. And if still it should give some happiness, how long will it last? Ten years perhaps, or twenty … I ask you, Hebrew leaders, you who have let yourselves be seduced by Satan, the enemy of humanity, would it not be better for you also to return sincerely to God?”

In another article of 1926, Fr. Kolbe, again citing the Protocols of the Elders of Zion, wrote: “They say of themselves: ‘Who or what is in a position to overthrow an invisible force? And this is precisely what our force is. Gentile Freemasonry only serves as a screen for us and our objectives, but our plan of action will always remain unknown by the people.”

The Saint then presents his position with subtle irony: “But we are an army whose ‘Commander’ knows each and every one of the enemies, who has observed and observes every one of their hidden actions, each one of their words, and even their very thoughts. Ask yourselves, under such conditions, can one speak of secret plans, clandestine actions and invisibility?”

And here Fr. Kolbe reveals the name of the “Commander” of his army: “It is the Immaculate Virgin, the refuge of sinners, but also the one who tramples the infernal Serpent. She will crush its head!”

2016 was another difficult year for the Palestinian people. We could document almost 7000 violations (about 18 abuses every single day!) on the Palestinian people, their land and their properties by Israel. About 150 Palestinians have been killed last year, ranging from a baby of several months old to a man of 85 years old.

Signs Of The Times

The Catholic Church Is Biblical ISRAEL

It is absolutely essential that Christians (not just Catholics) fully understand this. We, the Church, are the “Israel of God.” We are Israel. We are the spiritual remnant of ancient Israel, expanded and multiplied, to encompass the whole world. This was (and is) God’s plan of salvation. It has not changed. For in the Church, it matters not whether you are Jew or Gentile. What matters is that you are in full-communion with that one Jew who unites us together. I’m speaking of the Jewish rabbi who is both Messiah and King – Jesus of Nazareth. “In fact, from the beginning of his ministry, the Lord Jesus instituted the Twelve as ‘the seeds of the new Israel and the beginning of the sacred hierarchy.'” – (Catechism of the Catholic Church, 877) Catholic Knight

The prophecy in Daniel 9:26 {Written 164 Years Before The Birth Of Jesus} fits only one disaster in Jewish history after the nation returned from captivity in Babylon, and that disaster was the war which engulfed the Jews in A.D. 66-73, about forty years after the death of Jesus. The disaster unfolded in four stages exactly as prophesied. 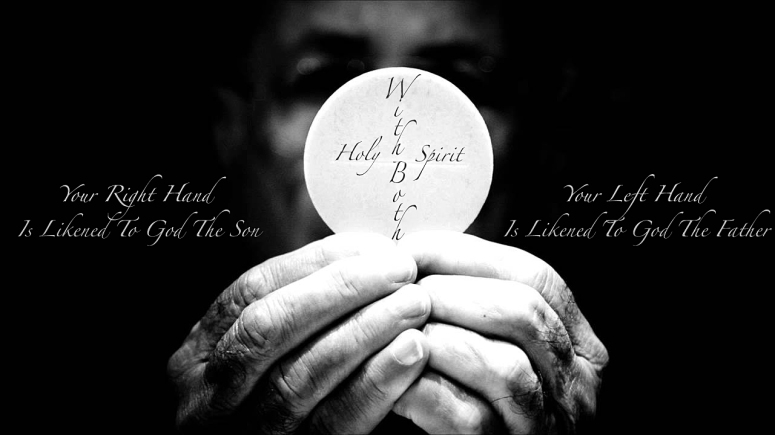 The Destruction of Herod’s Temple in 70 A.D.
As Foreseen by the Prophet Ezekiel

“…I knew you to be obstinate…
And so I revealed things beforehand,
before they happened I announced them to you,
so that you could not say, ‘My idol was the one that performed them”
Is.48:3-5

In the decades after Jesus’ death, relations between the Jews and their Roman overlords steadily worsened until the Jews revolted in A.D. 66 (23). The Romans, at first overpowered, chose the expedient course of withdrawing their forces from Palestine (24). Soon, however, the Roman general Vespasian began a campaign of reconquest in the north (25). His advance was slowed by stiff opposition, seasonal delays, and political instability back in Rome, but finally, after he had made himself emperor, a Roman army under the leadership of his son Titus reached Jerusalem in A.D. 70 (26).

The end of Jerusalem indeed came with a flood. After a siege of about three months, the people of the city were greatly weakened by food shortages (27). In their desperation, many came out of the city and foraged in the valleys for food. But the vast majority were caught. To demoralize the remaining defenders of the city, captured Jews were crucified within sight of the city walls. Soon the whole city was ringed with crosses (28). At last, the Romans felt it was time to attack, and they successfully stormed the Temple and the lower city (29). Both were destroyed rapidly by a great conflagration (30). As Psalm 69 foresaw, a great host of Jews—ten thousand in all—lost their lives in the Roman assault upon the Temple (31). A month later, the upper city, which was the last bastion of the rebels, fell in a single day (32). Victory was swift because war, famine, and wanton bloodshed had already killed many of the inhabitants. Jewish zealots had executed many who wanted to surrender or who tried to escape (33). Few among the survivors had the will or the strength to fight. The legions pouring in through breaches in the walls met little effective opposition.

The Romans then proceeded to raze the city. They tore down every building except three towers and the western wall, which Titus left as monuments to his victory (34). No trace of the Temple complex remained. The utter destruction of the Temple and the city as a whole fulfilled Jesus’ clear warnings concerning the future of Jerusalem (Matt. 24:1-2; Luke 19:42-44).
What happened to the Christian community? According to the church historian Eusebius, who lived around A.D. 300, the Christians in Jerusalem fled before the war and relocated in Pella, a city across the Jordan River. He says they did this in accordance with a certain oracle which had been delivered by revelation to their leaders’ (35). Perhaps Eusebius is referring to the oracle in Luke’s Gospel.
20 And when ye shall see Jerusalem compassed with armies, then know that the desolation thereof is nigh.
21 Then let them which are in Judaea flee to the mountains; and let them which are in the midst of it depart out; and let not them that are in the countries enter thereinto.
22 For these be the days of vengeance, that all things which are written may be fulfilled.
23 But woe unto them that are with child, and to them that give suck, in those days! for there shall be great distress in the land, and wrath upon this people.
24 And they shall fall by the edge of the sword, and shall be led away captive into all nations: and Jerusalem shall be trodden down of the Gentiles, until the times of the Gentiles be fulfilled.
Luke 21:20-24

The war was not over when the Romans destroyed Jerusalem. They had to deal with several remaining pockets of resistance. One was at Masada, a mountaintop fortress held by a band of zealots (36). Even the mighty legions of Rome could not subdue the fortress by any ordinary means of assault. The narrow passes to the top were easily defended by a handful of men (37). Therefore, having no shortage of manpower, the Romans built a huge earthen ramp up one side of the mountain (38). When the ramp was completed and the Romans had set fire to the makeshift defenses at the perimeter of the fortress, the defenders could see that they were doomed (39). Resolving that it was better to die at their own hands than at the hands of the Romans, they implemented a plan that soon left all 960 dead (40). First, the men killed the women and children. Then ten men slew their fellows, and one of the ten slew the other nine. The last committed suicide. When the Romans penetrated the fortress, they were amazed to find no one alive except two women and five children, who had managed to escape the slaughter by hiding in a cavern underground (41).
According to Josephus, the toll of Jewish casualties in the holocaust exceeded one million (42). Many of the ninety-seven thousand that were taken alive later died in Roman arenas (43).

The Other Side Of Trump: