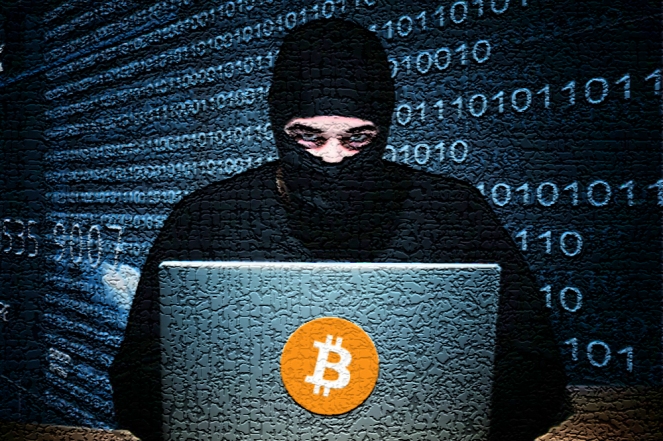 As both a competitor and peer of Miles Franklin in the retail bullion industry, Peter Schiff has, like myself, been a vocal Precious Metal advocate. We have differing views on the risk/reward profile of mining shares, but agree 100% about the fundamentals of; and reasons to own; physical gold and silver. Moreover, he is unquestionably, in my view, the most talented economic and political analyst in the financial blogosphere.

Lately, Schiff has been extremely vocal about his hatred of Bitcoin. Which, as gold advocates, hoarders, and “bugs” alike are well aware, surpassed the price of gold this week – catalyzing the same anti-Bitcoin vitriol as in early 2014; when, just before the Mt. Gox collapse, the price of the then nascent, and widely unknown Bitcoin came within a hair’s breadth of the gold price.

Moreover, I am NOT specifically endorsing speculation in the Bitcoin token – as at this early stage in its development, it remains highly speculative and volatile; particularly in the run-up to this week’s SEC approval/disapproval decision on the Winklevoss ETF, which could cause Bitcoin’s price to either spike or plunge.

And while my Bitcoin holdings have become nominally material, they remain less than 20% of my gold and silver holdings; as irrespective of my bullishness, my increasingly conservative nature will not allow me to invest too heavily in a such a nascent, volatile technology; as opposed to Precious Metals, whose 5,000-year track record of wealth preservation is unmatched, and unlikely to change any time soon – if ever.

Back to the Mt. Gox aftermath, I too rejoiced in Bitcoin’s “failure” – in the process, falling victim to the fallacious rationale that the inability of Bitcoin’s price to surpass golds proved its inferiority. A fallacy which, I might add, I was particularly prone to embrace because at the time, gold was mired in the aftermath of the “alternative currencies destruction” Cartel raid of April 2013; during which, gold and silver prices were weakening as Bitcoin was surging.

In other words, the reasons to act “afraid of” the newfangled Bitcoin technology; and in turn, angry at its “success,” and jubilant over its “failure”; were at the time, both numerous and understandable.

That said, I was intrigued about Bitcoin back then (in fact, I lost $1,000 in Mt.Gox); and thus, continued watching its progress during the “Bitcoin Purgatory” of 2014-2015, when the Mt. Gox fallout pushed prices back to the $150-$200 range, where they languished until finally re-taking $300 in October 2015; subsequently, trading in the still unnoticed range of $350-$450 for another eight months.

This is when I started to invest – as given what I have learned since entering the Precious Metal arena in 2002, I sensed something revolutionary was evolving. My gold and silver positions remained my bulwark – and to date, still represent more than three-quarters of my liquid net worth. However, my sense was that Bitcoin was capable of serving as a diversification of my “safe haven” portfolio; in many ways, as many investors – rightly or wrongly – have viewed mining shares.

In the ensuing year, the monetary world has dramatically changed for the worse, whilst the Bitcoin world dramatically improved. This, as Precious Metals did what they have done for thousands of years – and likely, always will. Which is, to sit inertly, preserving wealth.

Yes, Cartel manipulation has made it difficult to endure in today’s ephemeral, soon-to-dramatically-change snapshot in time. However, if you happen to be one of the seven-plus billion people not living in the “Ground Zero” of Precious Metal price suppression, the United States, your gold holdings have appreciated dramatically – not just in “third world” nations, but those using, for example, the world’s second and third largest currencies.

That said, manipulation of the paper markets has tightened the physical markets further, accelerating the day when their true equilibrium price is “discovered.” Potentially, far sooner than even the most bullish, gung-ho bulls; let alone, the legions of skeptical, demoralized bulls – which after this week’s “200 week moving average war” raid, are many in number.

Consequently, this week’s anti-Bitcoin vitriol in the PM community has reached epic proportions – particularly Schiff’s, in this podcast from this weekend; and this potentially infamous one from last week, when he suggested “today’s Bitcoin may be tomorrow’s Beanie Babies.”

Everyone’s entitled to their opinion, of course; but in a world of dramatically changing technology – as I have discussed endlessly, such as here; and even he did yesterday, in comparing Goldmoney’s potential impact on payment systems to Uber’s on taxicabs; simply dismissing something that one does not understand as “tomorrow’s Beanie Baby” appears short-sighted.

Which sadly, is a trap that many other “Precious Metal maximalists” risk falling into, if they don’t invest time into researching the assumed “threat” Bitcoin represents.

Which brings me to the point that I, and few others in the Precious Metal world (like Bix Weir and Jeff Berwick) have espoused for some time.

Which is, that whether or not you believe Bitcoin will “succeed” – as a storage of value, a currency of the future, or both – it is decidedly NOT a “competitor” of gold and silver.

[Andy H. may want to update himself]

To that end, comparing gold’s “price” to Bitcoin’s is logically speaking, patently ridiculous – as gold’s $7 trillion “market cap” is approximately 350 times Bitcoin’s $20 billion. In other words, for Bitcoin to truly be worth “as much as gold,” it’s per coin price would need to be around $450,000. ~ Andy Hoffman

To the contrary, they are unquestionably fighting the same fight, against the same monetary “powers that be” that have destroyed the world, and will continue to do so until history’s largest, most destructive fiat Ponzi scheme is inevitably destroyed.

This is what I discussed in last May’s “Precious Metals and Bitcoin – Twin Destroyers of the Fiat Regime”; and subsequently, December’s “why Bitcoin will make gold and silver go up”; in which, I espoused that Bitcoin’s perceived threat to the fiat system could become so powerful, it may actually distract the “monetary Cartel’s'” attention from gold and silver.

To that end, one could (rightfully) say that after a year of tireless due diligence into Bitcoin, I feel more strongly about its prospects than ever; although clearly, the road to its potential success will be paved with as many potholes as gold and silvers’ has, given how many enemies it is likely to garner. Not to mention, how thin the Bitcoin market – with just 16 million “shares outstanding” – is, and always will be.

That said, one could just as easily interpret my holdings as “diversifying my safe haven portfolio” – just as countless gold and silver holders have done with mining shares since the PM bull market commenced at the turn of the century.

Back to Schiff, in the aforementioned podcast – titled “rate hike odds surge, as GDP expectations collapse” – he discusses at length the fallacy that Bitcoin is useless because merchants accepting it don’t actually want it; but instead, use currency translation services like BitPay to immediately convert customers’ Bitcoin into dollars, Euros, or whatever the local currency may be.

Yes, that is certainly the case for the majority of Bitcoin-accepting merchants – which, at more than 150,000 as of last year, should tell you all you need to know about how many people actually hold Bitcoin. However, I’d argue that merchants’ “reluctance” to hold Bitcoin has nothing to do with their belief that dollars are “superior”; but instead, because they know little, if anything, about Bitcoin; and currently, it is too volatile to utilize as a transactional currency. 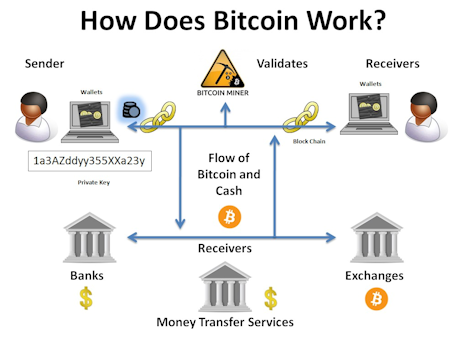 Which I agree whole-heartedly with – as does Miles Franklin, which is currently setting up similar systems, to enable the acceptance of Bitcoin as payment for Precious Metals. Heck, how many merchants would even accept gold and silver in today’s fiat-centric system? Let alone, when gold and silver’s prices have been made inordinately volatile by a Cartel the average person has no idea exists?

The point is, that whether the world is characterized as staid and constant – like in the Middle Ages; or rapidly changing, as in today’s Digital Age; the reason people hold  gold and silver, as stores of value – is the “same as it ever was.” Which frankly, is the same exact reason the vast majority, like myself, hold Bitcoin.

So while Schiff argues that Gold Money is the currency of the future – as opposed to Bitcoin – the fact remains that today, the principal reason to own  gold, silver, and/or Bitcoin is storage of value.

To that end, this brilliant article from 2014 – titled “I’m hoarding Bitcoins, and no you can’t have any” – describes the exact thing that makes Bitcoin, gold and silver so valuable.

Which is, that people don’t want to spend, but save it, because they believe it’s purchasing power will increase over time. Which is exactly why I hold a large position in Bitcoin, and a significantly larger one in physical gold and silver.

To conclude, I cannot emphasize enough that the wisest course of action, as the aforementioned historic fiat Ponzi scheme collapses, is to do as much due diligence as possible regarding what the future of money might look like; and more importantly, how to preserve your wealth until that time comes.

In other words, I’m not “recommending” anything other than the pursuit of answers to these questions as vigilantly, and open-mindedly, as possible. And whether you believe Bitcoin is an answer to one, or both, of these questions, you need to understand that, as in gold and silver, there is an incredible amount of propaganda, FUD, and misinformation out there. Which, if you can see through it, will likely lead you to the correct investment decisions.