The black poppy commemorates all those who have died due to imperialist war and its legacy: dead soldiers, dead civilians and dead conscientious objectors.

On 6 November 2014, counter-militarism activists pasted 16,000 black poppies around the city of Glasgow to appeal to the public to consider what Remembrance Sunday means.

Each poppy represents one of the conciencous objectors, making up 16,000 war resistors who took a stand against their enlistment during the First World War.

The black poppies, which can currently be seen in clusters along streets, appeared in anticipation for the WW1 centenary Remembrance Day commemoration that will take place this Sunday to provide an alternative message to the remembrance industry which is choked on red glorifying poppies, nationalism and militarism.

The black poppy is a symbol which commemorates all those who have died, and are still dying, due to imperialist war and its legacy. It remembers dead soldiers, dead civilians, dead conscientious objectors.

It remembers those who have fallen victim to invasion, occupation, gender-based violence, starvation and poverty. It remembers the maimed, the wounded, those made homeless or afflicted with physical and mental illnesses due to war. 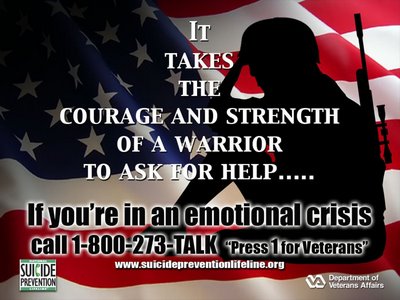 Every 65 Minutes a US Veteran Dies from Suicide

The act was done to challenge the ‘poppy mania’ that has erupted in the last few weeks, as part of the £50 million celebrations marking 100 years since UK made a declaration of war in 1914.

Apart from the Royal British Legion selling red poppies, this year there is a poppy selfie campaign, the city of London has seen dancing poppies in the street, a Poppy Lottery and a weekly raffle with cash prizes up to £20,000, or the chance to win a car.

Revealingly, a Poppy Day song has been released in the charts, which uses the words of Eric Bogle’s classic anti-war song The Green Fields of France, while omitting the critical last stanza, which contains its anti-war message.

Millions of people have visited the Tower of London to witness the 888,246 ceramic poppies that flow from a window in the tower into the moat making up ‘The Blood Swept Lands and Sea of Red’ instillation, which has been criticised heavily for only remembering British and Commonwealth soldiers, as well as sanitizing the memory of a brutal and futile war, which would perhaps be more aptly remembered by filling the moat with barbed wire and bones, as one commentator put it.

Honouring the sacrifice of soldiers in such militarist frameworks only serves to increase xenophobia and racism, as well as prop up false ideas of ‘Britishness’.

It does not honour the voices of WW1 veterans, such as Wilfred Owen’s sardonic words when he wrote of ‘The old Lie: It is sweet and fitting to die for one’s country,’ and Harry Patch, the last veteran of WW1 who died in 2009, who said “war is organised murder, and nothing else.”

The familiar red poppy, fragile yet resilient flowers which grew out of the battlefields of Europe, have been used since 1921 to commemorate British and Commonwealth soldiers who have died in conflicts since World War One.

The red poppy has become an increasingly politicised symbol in recent years since the UK declared their involvement in War on Terror.

In 2012, a teenager was arrested for posting an image of a poppy being set alight on Facebook.

The white poppy, introduced by Britain’s Co-operative Women’s Guild in 1933 is worn as a symbol of peace.

This Remembrance Sunday, Veterans For Peace will march in the Remembrance Day Parade in London with a wreath of white poppies, carrying a banner saying ‘Never Again’.

The black poppy extends remembrance to all soldiers and civilians who have died, and who continue to suffer from imperialist wars, and the impacts of colonialism.

In a speech Prime Minister David Cameron said that the WW1 commemorations would “capture our national spirit in every corner of the country” and “ensure that the lessons learnt live with us for ever”, however, it is unclear what lessons these might be.

One of the activists, Samantha Howard, 27, said,

“How we remember today affects what happens tomorrow. I won’t allow selfish politicians to exploit the dead for their own benefits.

There are many lessons to learn from WW1 – firstly, that millions died not in the name of glory and heroism, but for a squabble over land which was in the interest of only the global elite. And we are still in the same situation 100 years later.”

The red poppy has become a symbol which embodies a militarist manipulation, and has become a cultural component of the military-industrial-complex which seeks to glorify war to justify ongoing campaigns.

That people are made to feel disgraced by not wearing a poppy is testament to the dangerously nationalistic space which they now occupy.

The activists hope that the black poppy re-politicises the symbol of remembrance, but in a way that respects the dead while also respecting the living.

The British Armed Forces have got an ever impeding epidemic of Post-Traumatic Stress on their hands, with more soldiers and veterans killing themselves than being killed by the Taliban in Afghanistan.

This year, the Royal British Legion has vowed to raise £40 million, which will go towards caring for the Armed Forces community. However, who is responsible for the well-being of injured veterans?

Perhaps the politicians who send soldiers to illegal wars should be accountable for their wounds, and not the public.

In George Square there is a Garden of Remembrance which claims ‘to honour the dead and remember the living’. How best can we show respect for those who lost their lives in WW1, and conflicts since? How can we best care for veterans and future veterans who are wounded by war?

Erica Green, 30, another one of the activists commented ‘WW1 has always represented the futility of war – something to be avoided at all costs.

Why now is it being seen any differently? I come from a military family so I personally know the trauma of war, and its toxic effects. David Cameron comparing these commemorations to the Queens jubilee is a kick to the stomach, frankly.’

Not poppies, but navigating away from imperialist military projects will do a much better job of honouring the memory of the fallen, care for our veterans, and for all our futures.’

Our black poppy is inspired by many others who use it as a call against Imperialism. We say no to militarism. We say no to the sacrifice of soldiers and civilians to prop up a false idea of ‘Britishness’.

We stand against profiteering from war and the suffering and destruction it causes. Against militarism, which seeks to glorify war to justify ongoing campaigns which cause nothing but bloodshed for the many, and profit for a select few.

And we stand with whistleblowers and conscientious objectors who oppose them.

During World War I, 250 conscientious objectors from all over the United Kingdom were placed in the Dyce work camp, near Aberdeen, subject to conditions so horrid, one of them died of pneumonia.

Many others throughout the world who have opposed the despicable nature of war have been treated in this manner.

“Destructive and irresponsible freedom has been granted boundless space. Society appears to have little defense against the abyss of human decadence, such as, for example, misuse of liberty for moral violence against young people, motion pictures full of pornography, crime and horror.

It is considered to be part of freedom and theoretically counter-balanced by the young people’s right not to look or not to accept. Life organized legalistically has thus shown its inability to defend itself against the corrosion of evil” (speech to Harvard 1978).