MADISON, Wisc. (Sept. 2, 2017) – A Wisconsin bill introduced last week would legalize marijuana for recreational use. Passage would take a big step toward nullifying federal cannabis prohibition in practice in the Badger State.

Rep. Melissa Sargent (D-Madison) and 17 co-sponsors introduced Assembly Bill 482 (AB482) on Aug. 24. The legislation would legalize marijuana under a tax-and-regulate system enforced at the state level similar to alcohol.

“This bill is so much more than legalizing marijuana—it’s about legalizing opportunity and prosperity,” Rep. Sargent said. “The state budget was due two weeks ago, and Wisconsin simply can’t afford to wait any longer. We deserve a real plan to create new jobs and stimulate our lagging economy, and that’s what this bill is.”

If AB482 is successful this year, Wisconsin would be the first state to legalize recreational marijuana through the state legislature rather than the ballot initiative process. Despite the federal prohibition on marijuana, measures such as AB482 remain perfectly constitutional, and the feds can do little if anything to stop them in practice.

Legalization of marijuana in Wisconsin would remove a layer of laws prohibiting the possession and use of marijuana, but federal prohibition will remain on the books.

FBI statistics show that law enforcement makes approximately 99 of 100 marijuana arrests under state, not federal law. By mostly ending state prohibition, Wisconsin essentially sweeps away most of the basis for 99 percent of marijuana arrests.

Furthermore, figures indicate it would take 40 percent of the DEA’s yearly-budget just to investigate and raid all of the dispensaries in Los Angeles – a single city in a single state. That doesn’t include the cost of prosecution. The lesson? The feds lack the resources to enforce marijuana prohibition without state assistance.

Wisconsin could join a growing number that are simply ignoring federal prohibition, and nullifying it in practice. Colorado, Washington state, Oregon and Alaska were the first states to legalized recreational cannabis, California, Nevada, Maine, and Massachusetts joined them after ballot initiatives in favor of legalization passed last year.

With more than two-dozen states allowing cannabis for medical use as well, the feds find themselves in a position where they simply can’t enforce prohibition any more.

“The lesson here is pretty straight forward. When enough people say, ‘No!’ to the federal government, and enough states pass laws backing those people up, there’s not much the feds can do to shove their so-called laws, regulations or mandates down our throats,” Tenth Amendment Center founder and executive director Michael Boldin said.

Recreational Use Of A Manufactured Drug aka; Alcohol & Powdered Booze 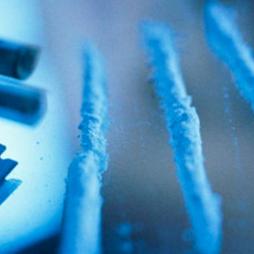 Recreational Use Of A Manufactured Drug aka; Alcohol & Powdered Booze