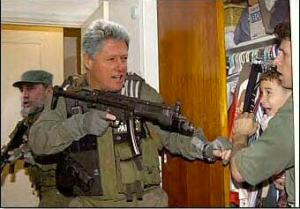 From The Clinton Era Of Socialism!

The number of well-publicized public shootings during the past few years, especially the tragedy at Columbine High School, has re-energized the gun control movement. As a show of strength, a coalition of gun control groups has organized a “Million Mom March” to be held in Washington, D.C. on Mother’s Day, an event designed to stir up emotions rather than promote rational thought. And when one looks at the facts about gun control, it’s easy to see why the anti-gun lobby relies on emotion rather than logic to make its case. 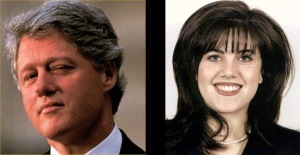 Think you know the facts about gun control? If your only source of information is the mainstream media, what you think you know may not be correct. Take the quiz below and test your knowledge.

False. Gun accidents involving children are actually at record lows, although you wouldn’t know it from listening to the mainstream media. In 1997, the last year for which data are available, only 142 children under 15 years of age died in gun accidents, and the total number of gun-related deaths for this age group was 642. More children die each year in accidents involving bikes, space heaters or drownings. The often repeated claim that 12 children per day die from gun violence includes “children” up to 20 years of age, the great majority of whom are young adult males who die in gang-related violence.

2. Gun shows are responsible for a large number of firearms falling into the hands of criminals.

False. Contrary to President Clinton’s claims, there is no “gun show loophole.” All commercial arms dealers at gun shows must run background checks, and the only people exempt from them are the small number of non-commercial sellers. According to the U.S. Department of Justice, at most 2 percent of guns used by criminals are purchased at gun shows, and most of those were purchased legally by people who passed background checks.

3. The tragedy at Columbine High School a year ago illustrates the deficiencies of current gun control laws.

False. Eric Harris and Dylan Klebold violated close to 20 firearms laws in amassing their cache of weapons (not to mention the law against murder), so it seems rather dubious to argue that additional laws might have prevented this tragedy. The two shotguns and rifle used by Harris and Klebold were purchased by a girlfriend who would have passed a background check, and the TEC-9 handgun used by them was already illegal.

4. States that allow registered citizens to carry concealed weapons have lower crime rates than those that don’t.

False. Numerous studies have been conducted on the effects of waiting periods, both before and after the federal Brady bill was passed in 1993. Those studies consistently show that there is no correlation between waiting periods and murder or robbery rates. Florida State University professor Gary Kleck analyzed data from every U.S. city with a population over 100,000 and found that waiting periods had no statistically significant effect. Even University of Maryland anti-gun researcher David McDowell found that “waiting periods have no influence on either gun homicides or gun suicides.”

False. This is one of the favorite arguments of gun control proponents, and yet the facts show that there is simply no correlation between gun control laws and murder or suicide rates across a wide spectrum of nations and cultures. In Israel and Switzerland, for example, a license to possess guns is available on demand to every law-abiding adult, and guns are easily obtainable in both nations. Both countries also allow widespread carrying of concealed firearms, and yet, admits Dr. Arthur Kellerman, one of the foremost medical advocates of gun control, Switzerland and Israel “have rates of homicide that are low despite rates of home firearm ownership that are at least as high as those in the United States.” A comparison of crime rates within Europe reveals no correlation between access to guns and crime.

The basic premise of the gun control movement, that easy access to guns causes higher crime, is contradicted by the facts, by history and by reason. Let’s hope more people are catching on. 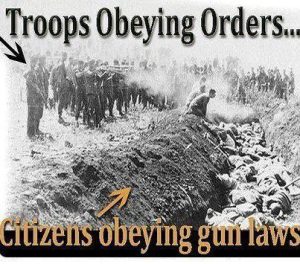