China has stood by Russia’s show of force in Europe since the get-go, has now upped the ante.

It’s a brilliant move designed, once again, to show the world that President Obama and the United States are no longer running the show.

“Sanctions could lead to retaliatory action, and that would trigger a spiral with unforeseeable consequences,” warns China’s envoy to Germany adding that “we don’t see any point in sanctions.”

On the heels of Merkel’s warning that Russia risked “massive” political and economic damage if it did not change course, Reuters reports ambassador Shi Mingde urged patience saying “the door is still open” for diplomacy (though we suspect it is not) ahead of this weekend’s referendum.

China’s top envoy to Germany has warned the West against illegal sanctions on Russia for its help in Ukraine, saying such measures could lead to a dangerous chain reaction that would be difficult to control.

In an interview with Reuters days before the European Union is threatening to impose its first sanctions on Russia since the Cold War, ambassador Shi Mingde issued the strongest warning against such measures by any top Chinese official to date.

“We don’t see any point in sanctions,” Shi said.

“Sanctions could lead to retaliatory action, and that would trigger a spiral with unforeseeable consequences. We don’t want this.”

Using her [Merkel’s] toughest rhetoric since the crisis began, she warned in a speech in parliament on Thursday that Russia risked “massive” political and economic damage if it did not change course in the coming days.

Russia’s Deputy Economy Minister Alexei Likhachev responded by promising “symmetrical” sanctions by Moscow. But Shi urged patience, saying the door for talks should remain open even after a referendum on Sunday in which Ukraine’s southern region of Crimea could vote to secede and join Russia. Merkel and other western leaders have denounced the referendum as illegal and demanded that it be canceled.

“We still see a chance to avoid an escalation. The door to talks is still open. We should use this possibility, also after the referendum,” Shi said.

Zero Hedge via The Daily Sheeple

The White House’s deadline for Russia to pull back is Monday.

Will Obama blink again, as he did in Syria?

Let’s remember that China holds trillions of dollars of US debt. All they have to do is hint (not even actually do it) that they will pull back on Treasury purchases and we’re toast within days.

We shouldn’t be at all surprised if, on Monday, Vladimir Putin thumbs his nose at the west again and actually sends his troops across the Crimean border into Ukraine.

One thing’s for sure. President Obama’s foreign policy has been a complete and utter disaster on every front. Either this destruction of America’s worldwide credibility is pre-planned or there is a gaggle of idiots in charge at 1600 Pennsylvania Avenue. Perhaps both. 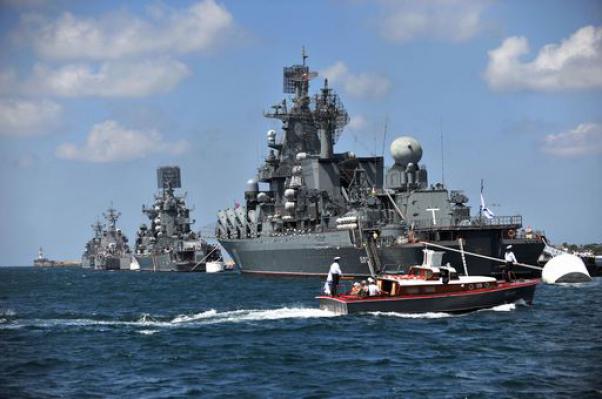 “Welcome back to the cold war that can get hot overnight.”

It appears President Obama has brought back the Cold War, and Sinclair contends,

“He’s brought it back by changing to a new normal diplomacy, making outrageous threats on a continuing basis rather than seeking a solution.”

The referendum vote in Crimea that is overwhelmingly in favor of joining Russia, and yet, officials in the West say it is illegal or illegitimate.  Sinclair says,

“To say that, is to deny the reality the government in the Ukraine is a government created by a coup.  To say that, is to bring us to the brink of war. . . . Mistakes can happen.  War can start anytime you have two entities together with weapons of war looking at each other with lots of hate.  I am concerned about the mistake of aggressive machinery and aggressive people looking right at each other.”

On possible U.S. sanctions on Russia, such as excluding them out of the international payment system called the SWIFT system, Sinclair says,

“The use of the SWIFT system (Society for Worldwide Interbank Financial Telecommunication) to create a difficulty, almost a prohibitive difficulty in doing business by preventing bank wires, that would be one of the possibilities.  Already, the BRICS nations are developing their own SWIFT system.  So, the mistake of using the SWIFT system, short of absolute war, is that it has created a competitor that all the BRICS will be using.”

Ask yourself why this orchestrated oil catastrophe on the shores of Brazil. 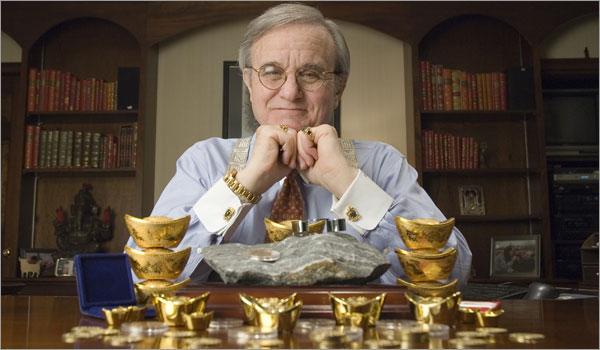 Sinclair goes on to say,

“When you think you can push an ex-colonel of the KGB, you are not making a proper analysis of the personality of the person.

The whole idea that Russia is only a regional power–where in the world did that come from?

Anybody that is nuclear capable to the degree that Russia is with its delivery systems is a world power.

We hear constantly Russia is only a regional power.  We hear lies.  We hear untruths.  We don’t have a clear picture to what is taking place.” 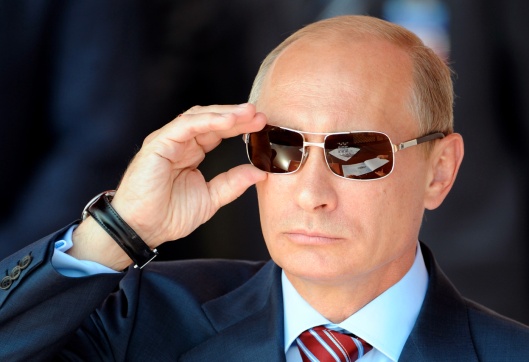 “It’s struggling . . . because it smells the real teeth of retaliation [By Russia] for sanctions being in the simple acceptance of any currency whatsoever for payment for gas to Europe.

Believe me, they [Russia] will settle in other currencies. . . . It makes energy cheaper.  Why in the world would anyone want to pay in dollars if they can pay in their own currency?

Russia could retaliate in a way that would have phenomenal impact on the U.S. dollar [Kissinger Rothschild Petrodollar]. . . .

Russia has the upper hand.  They have it in their ability to turn the U.S. economy upside down and into collapse.  There is no question whatsoever.  Putin doesn’t need a nuclear bomb. He has a nuclear economic bomb that he can set off at any time.”

What would the price of gold be this year?  Sinclair predicts, “Gold has $2,000 an ounce in its sites in 2014.”  On silver, Sinclair says, “Silver is gold on steroids.  When gold takes off, silver goes up faster. . . . So, the idea you are going to get an old high on silver or better is a given.”

Gold Is 5Xs More Abundant Above Ground Than Silver!

Last year, Sinclair, predicted gold will hit $50,000 an ounce sometime in the next several years. Is he still sticking with that prediction?  Sinclair says,

“I am still sticking by that, and the $50,000 per ounce is predicated on a shift in the mechanism on determining gold’s value from the paper markets to the physical markets.

Should that emancipation take place, it is a possibility and could become a reality.”

Sinclair goes on to explain,

“Something has to happen.  Emancipation of gold from the paper market will be a product of the drawdown of the inventories of the warehouses.  I don’t believe for a moment that the COMEX is going to default, but I believe quite certainly that the COMEX will go from settling in gold to settling in cash.”

So, how can the gold market be manipulated up or down in price?  Sinclair says,

“I can tell you exactly how it’s done.  You just offer or demand supply . . . that is beyond any capacity that can be met.  We’ve already had one day where two and a half years production was offered for sale.  It couldn’t be in a physical market that has to deliver within three days.  It can only be in a paper market that doesn’t have to deliver.”