Russia sent out its 62nd humanitarian aid convoy to southeastern Ukraine (Donbas) on Thursday with a total cargo load of over 500 tonnes (metric tons), the Russian Emergencies Ministry informs. 3/16/2017

“I am against the commodity blockade of the Donbass, because it works for Russia. This is absolutely obvious for a normal person. I do not see any positive effect of the blockade. If you give me one argument in favour of the blockade, I will give you ten negative ones that lead to the catastrophe of Ukraine,” the MP said. 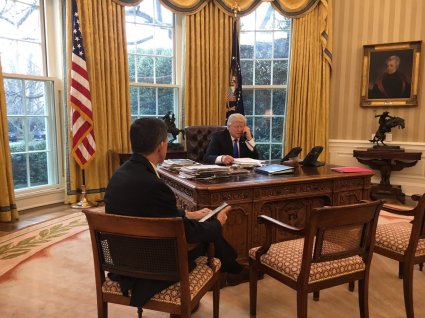 “What’s to be done? As long as we have this power, the war will continue. The blockade of the Donbass plays only into Russia’s hands, and we look like idiots in the eyes of the civilised world, because we abandon our own citizens. Whom are we blocking? We are blocking our Ukrainians in the Donbass,” Taruta said.

In turn, the leader of the Ukrainian Choice, Viktor Medvedchuk, said that the free trade zone agreement with the European Union signed and enacted in 2016 has already brought the Ukrainian economy down. According to the official, the economy of Ukraine has collapsed so much Kiev has to ask for new trade preferences from Brussels, receiving only new ultimatums in response.

“The so-called free trade zone with the EU has brought down the Ukrainian economy, and today Kiev is forced to humiliate itself to ask Brussels for additional trade preferences and higher quotas for duty-free exports, receiving only new ultimatums in response,” Medvedchuk said

“The association with the EU was initially unprofitable for Ukraine, because Ukrainian goods are not competitive in the European market. The free trade zone stipulated for meagre quotas for Ukrainian producers and envisaged nearly 400 restrictions. It could never be comprehensive and universal, as European integrators promised us,” Medvedchuk believes.

“Ukraine opened its market for goods from Europe, but it has not entered the promising EU market itself,” he continued. The MP honestly called the terms of the association agreement “bonded” and “offensive.”

“Ukrainian Eurointegrators, like maniacs, continue talking about the “civilisational” choice of the country. Such an irrational approach will lead to fatal consequences for the country, not for Ukrainian politicians,” the MP believes.

Executive Director of the International Blazer Foundation, Oleg Ustenko, admitted that even the IMF would not be able to save Ukraine. According to Ustenko, Ukraine could no longer service its debts.

The standard of living in Ukraine has dropped dramatically. In 2016, prices on food and services increased by 30 percent, whereas public utility tariffs increased twice. Salaries were raised by only 10-15 percent. Ukraine complies with the IMF requirement, according to which the work of state-run monopolies, including natural gas company Naftogaz of Ukraine, should become breakeven.