Shortly after the US-led coalition threatened to strike any Syrian Arab Army units if they crossed the Euphrates River, Syrian and Hezbollah troops were marching across imported Russian pontoon bridges to reach the river’s eastern bank. By Friday, Sept. 15 they were able to establish a bridgehead there.

Throughout the three-day operation, the Syrians and Hezballah worked under the cover of more newly-arrived Russian armaments, the MiG-29SMT (Nato-codenamed “Fulcrum),  whose landing in Syria was announced on Wednesday. This twin-engine jet fighter aircraft is a match for the F-18 in service with the US Air Force as well as the Israeli Air force’s F-15, F-16 and F-16 fighters.

The day the MiG-29s arrived in Syria, British Maj. Gen. Rupert Jones, Deputy Commander in Chief of the US-led Coalition in Syria, threatened to strike any units of the SAA if they crossed the Euphrates River.

The crossing operation, as well as deepening Russia’s military involvement in Syrian and Hezbollah offensives, is a major boost for Iran’s objectives, with grave strategic implications for the US and Israel.

1. For the Trump administration, it trampled the principle Presidents Barack Obama and Vladimir Putin established exactly two years ago, i.e., for eastern Syrian across the Euphrates to be assigned to American military control and the west to the Russians.

2.  US satellites and reconnaissance planes watched the Russian army trucking the pontoons east and saw them being thrown over the river for the crossing. Nonetheless, no orders came from the White House or the Pentagon to make good on the coalition’s threat of a strike and to interfere.

“…the Lord made a covenant with Abram, saying: ‘To your descendants I have given this land, from the river of Egypt to the great river, the River Euphrates…’” —Genesis 15.18

The Covenant Was Fulfilled And Ceased To Be In 70 A.D. By Jesus.

3. Established on the east bank of the Euphrates, Syrian and Hezbollah troops are in position to go forward for the operation to capture the Syrian-Iraqi border town of Abu Kamal from ISIS. They have moreover opened the way to link up with the Iraqi Population Mobilization Units (PMU), a surrogate of Iran’s Revolutionary Guards.

4. DEBKAfile’s military sources report that PMU units are already heading for this rendezvous on the Iraqi-Syrian border. This step is tantamount to opening up an Iranian-controlled military corridor between Iraq and Syria by cutting deep into the US-ruled [not even close] region of eastern Syria.

5.  As recently as Thursday night, Sept. 14, President Donald Trump declared: “We are not going to stand for what they [Iran] are doing “

6.  The US president was not alone in refraining from lifting a finger to stop “what they are doing.” Prime Minister Binyamin Netanyahu likewise chose words over deeds. “Israel would not tolerate an Iranian presence on its northern border with Syria,” he reiterated Friday, Sept. 14, on his arrival in New York to address the UN General Assembly and meet Donald Trump.

But already Iran and their allies were creating an accomplished fact, with massive logistical and military assistance from the Russian army. 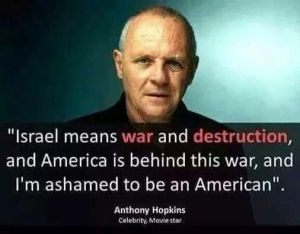 It is worth noting in this regard that, in recent weeks, Israel’s generals and colonels have suddenly dropped references in their discourse to Iran and Hezbollah as existential threats.

This may be the time to remind them of an unfortunate precedent. In the months leading up to the Yom Kippur War of 1973, Israel’s leaders brushed aside the Egyptian and Syrian armies as threats to the state’s survival –  only to find defeat at their hands staring the IDF in the face in the early days of that war.

No less dangerous would be a war fought by the Syrian army, Hezbollah [Lebanon’s Militia] and Iran, with powerful Russian military support. By establishing a foothold on both banks of the Euphrates River and both sides of the Syrian-Iraqi border, Iran has taken a step towards pursuing its avowed goal of Israel’s destruction. [Pure Poppycock] 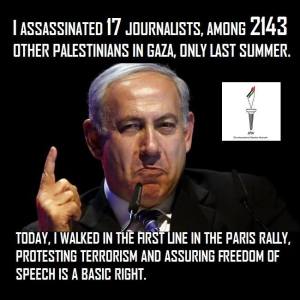