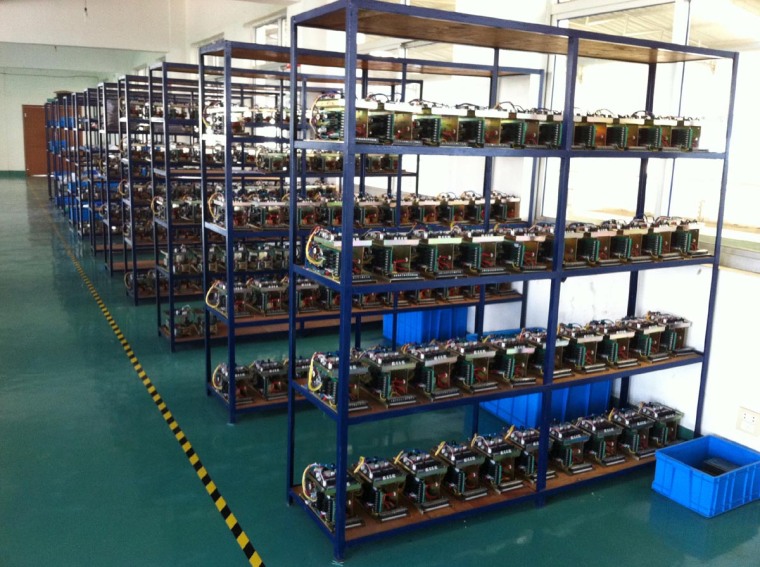 Bitcoin ~ A Digit Inside

Recently, Jamie Dimon of Citibank made headlines by labeling Bitcoin a fraud. Whether those comments played any part in Bitcoin’s recent sell off is hard to say, but the true believers reacted with predictable outrage given that the comments came from the ultimate Wall Street insider whose financial supremacy is supposedly threatened by crypto currencies like Bitcoin.

Although my critical comments on Bitcoin over the years have not received nearly as much attention, they have been just as summarily dismissed by the crypto currency crowd. But I am a well know libertarian and follower of the Austrian School of economics. I am not a member of the banking establishment, nor am I a fan of fiat money. I should be one of the good guys. But since I happen to own a company that sells gold, a metal that supposedly Bitcoin will soon make obsolete, the crypto crowd looks at me like a stubborn old buggy whip salesmen who refuses to acknowledge that the future resides in horseless transportation.

Well Bitcoin is not the automobile and gold is not a buggy whip. While Dimon’s comments were not 100% on the money, he is right about Bitcoin’s ultimate demise, just wrong about how it will meet its fate and why. While most fear that government will simply look to make Bitcoin illegal (which could be a possibility if Bitcoin could actually deliver on its promises), it is much more likely to die of natural causes.

The quest to replicate gold is not new. For centuries, medieval alchemists tried to turn lead into gold and now Bitcoin supporters believe they can succeed digitally where the alchemists failed chemically. But their solution will be just as fantastical.

Bitcoin • A move in the opposite direction toward transcendent unregulated immaterial notion of value representation.

Bitcoin advocates overlook the fact that gold did not become money overnight. It was a valuable commodity long before it became money. A money system based on gold represented a major advancement over the barter system in commerce and finance. It facilitated trade, savings, lending, insurance, and capital formation. Governments often coined gold, collected taxes in gold, and paid their bills in gold. They did this not because they preferred it, but because the people demanded it.

However, modern governments have been able to subvert our momentary system by getting the people to accept paper as money rather than gold.

This also did not happen overnight. It was a gradual process that began by the issuance of paper currency backed by and redeemable in gold. Initially, few people believed that the paper itself had any value. They knew that its value was derived from the gold that backed it up. However the United States eventually convinced other governments to back their currencies not with gold, but with dollars. Since the dollar was backed by gold, a currency back by dollars was de facto gold backed.

Nixon announces the end of the U.S. gold standard. Rothschild may have gotten Libya & Ukraine’s gold but China is buying U.S. through Rothschild paper suppression of the physical gold/silver metals. Click Here To Enlarge

In 1971, President Nixon defaulted on that promise. But by that time, paper money had been in circulation for generations and the majority of people had forgotten that the paper simply represented claims to gold. Since prices, contracts, insurance policies bonds, etc. where already denominated in currency units rather than ounces of gold, the public accepted the switch. Though it was initially followed by substantial price increases, the transition was a success, at least from the government’s perspective.

But this nearly half century experiment in fiat money has been a disaster. Though it has certainly served governments, it has not served the public. It has led to a massive growth of government, pernicious inflation, rolling asset bubbles, booms and bust cycles, weak economic growth, and has transferred purchasing power from the poor and the middle class to financiers and speculators. It is a counterfeit of the gold-based monetary system it supplanted, and its demise now seems certain. Absurdities such as zero or negative interest rates and quantitative easing are sure signs the end is near.

There are many people who now believe that crypto currencies are the next evolution in money. But unlike the switch from gold to fiat, this swap will never take place. Although they have the virtue of arising from the private sector, crypto currencies have no actual value, and like fiat currencies, derive their value solely from faith. They have no history of use, or price relationship with other commodities.

Although individual crypto currencies like Bitcoin have self-imposed scarcity (which supporters claim is one of the sources of its value), the supply of virtually identical cryptos is limitless. In fact Bitcoin itself recently spun off Bitcoin Cash, which adds to the potentially infinite supply of crypto currencies. If Bitcoin Cash can be spun off, how many more Bitcoin spin off can we expect in the future?

Proponents of crypto currencies incorrectly point out that money need not have any intrinsic value. In fact, they make the absurd claim that gold has no intrinsic value either. Every culture values gold for its unique decorative and ornamental value, and that’s not going to change anytime soon. Neither will industrial demand for gold in computers, electronics, airspace, medicine, or dentistry.

Add that desirability to gold’s properties of scarcity, divisibility, portability, uniformity, and durability, and you have the perfect commodity for currency use. Bitcoin was created to replicate those properties, but lost is the fact that none of those properties matter without the underlying intrinsic value. Therefore Bitcoin is not digital gold, but digital fool’s gold.

Money must have a value other than its use as a medium of exchange. Like barter, it must transfer real value from one party to another. When gold is exchanged for a chair, one person gets a chair, and the other gets gold. Both parties get something of value independent of a future transaction.

The fact that the party receiving gold never uses it as gold, but exchanges it for other goods or services, does not change the nature of the transaction. But if a chair is exchanged for a Bitcoin, the recipient of Bitcoin receives nothing he or anyone else can actually use. The only thing that can be done with Bitcoin is to exchange it for something else.

When gold was used as money, it was still used for other purposes, jewelry in particular. Since it is nearly certain that gold jewelry will always be desired, the owners of gold have little worry that its value will disappear. Gold does not derive its value from faith, confidence, or government decree, but from the market value of gold itself. Although fiat currency derives its value entirely from faith, the power of government, legal tender laws, widespread public acceptance, and tradition have provided a real basis for that faith. And since people do not want to go to jail, or have their assets seized, they need to accumulate fiat currency to pay taxes. But Bitcoin has neither intrinsic value like gold, a history of use and public acceptance like fiat currencies, nor a government requirement that citizens pay taxes in it. There is also no historic precedent for a privately created irredeemable currency ever functioning as money.

To believe that despite these challenges Bitcoin will make the jump from a speculative, intangible financial asset to money is farcical. To do so, Bitcoin proponents ignore all laws of money and economics, forget history, suspend common sense, and attack anyone who does not get it as being either biased or a fool. Fueling their arrogance is the fact that many have made paper fortunes based on greater fools making the same mistakes. But like all bubbles, this one will end badly. Not only will those betting on its success lose a lot of money, but its failure will ironically make fiat currencies look good, and enhance the government’s ability to further discredit the free market.

But in their enthusiasm for Bitcoin, those looking for a true alternative to fiat currency are overlooking gold. More importantly they are overlooking the modern technology that has greatly improved gold’s utility as money. For example Goldmoney Inc. allows its customers to buy gold, store it in Brinks vaults worldwide, and use their gold as money without ever taking delivery. They can use an app on their cell phones to easily transfer any amount of gold to any third party that maintains a Goldmoney account. Or they can use a free Goldmoney debit card to quickly convert their gold to fiat, and spend the proceeds. All of the problems that Bitcoin proponents claim exist with gold, and which they believe Bitcoin has improved upon, are actually solved by Goldmoney. But the meteoric rise in value in Bitcoin over the past few years has obscured these simple facts in cloud of recently gained wealth. Unfortunately much of that wealth will soon be lost just as quickly.

Bitcoin fans like to suggest that the security and anonymity features of crypto currencies make them superior to gold. But this is a false sense of security. While governments are not now able to hack into Bitcoin’s programming (but who knows what the future holds) they can certainly make crypto transactions illegal anytime they want.

Just one vote in Congress could force all crypto currencies into the black market where it will never make a major impact on the broader economy. It would not be hard for the government to determine if a company is conducting business in Bitcoin, and to then punish the transgressors. Bitcoin proponents also claim that gold is less efficient because of the risks and fees associated with third party storage, problems that the cryptos don’t face.

But these hurdles are far less onerous than what they would have you believe. Brinks, the storage firm that has contracted with Goldmoney, has been storing gold for more than 150 years. Clients have never lost a single ounce. The need to safely store gold has never stopped it from functioning as money in the past, and it won’t in the future. But the reason it must be stored is that it has actual value. Bitcoin needs no storage because it has no value to store. Yet try explaining this simple fact to anyone who owns it.