Evidence suggests a false flag chemical weapons attack on the Syrian people was initiated by Syrian rebels with the help of the United States in order to justify Thursday night’s U.S. Military attack on a Syrian base.

pResident Trump approved the bombing of the Syrian military base controlled by Bashir al-Assad supposedly to destroy the Syrian government’s ability to launch further chemical attacks on civilians. 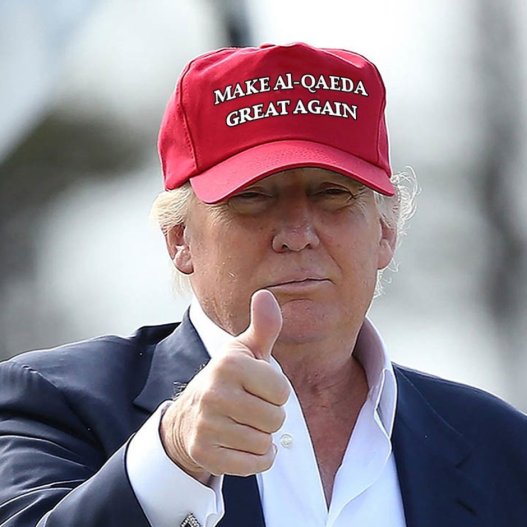 “Assad choked out the lives of helpless men, women and children,” Trump said in remarks from Mar-a-Lago, his family compound in Palm Beach, Florida.

“It is in this vital national security interest of the United States to prevent and deter the spread and use of deadly chemical weapons.”

But Trump’s statements contradict the reality that [CIA/Mossad ISIS] rebel groups have been trained to secure, monitor, and transport chemical weapons. Included in the opposition to Assad are [cia mossad ISIS] terrorist organizations such as al-Qaeda and ISIS. Should we believe these rebels’ claims against Assad, especially given their access to chemical weapons?

Documents from Wikileaks show that:

The State Department discussed how Iran and Syria trained forces in opposition to Israel’s [ISIS]. The fall of Assad, they said, would destroy the only Iranian ally in the region positioned to help Iran in the event of Israeli [ISIS] aggression to stop Iran’s nuclear program.

The announcement of such a decision would, by itself, likely cause substantial defections [False] from the Syrian military. Then, using territory in Turkey and possibly Jordan, U.S. diplomats and Pentagon officials can start strengthening the opposition.

The State Department makes it quite clear their belief that “Bringing down Assad would not only be a massive boon to Israel’s security, it would also ease Israel’s understandable fear of losing its nuclear monopoly.”

This is nothing new, and really not surprising, as the U.S. has been involved in dozens of similar operations around the world. But just how far would the U.S. and Israel go to bring down Assad?

Just what type of training would be given to the [CIA/Mossad Pre Trained] rebels to help overthrow Assad?

The groundwork had already been laid out by President Obama.

As soon as chemical weapons were [allegedly] used by Assad, the international community would have the justification to become more involved in removing him from power. We know they were interested in doing so regardless of whether or not he used chemical weapons against the people of Syria.

CNN reported in 2012 that America was involved in training the rebels to secure and monitor chemical weapons sites.

The United States and some European allies are using [CIA] defense contractors to train Syrian rebels on how to secure chemical weapons stockpiles in Syria, a senior U.S. official and several senior diplomats told CNN Sunday.

The training, which is taking place in Jordan and [no longer Turkey] Turkey, involves how to monitor and secure stockpiles and handle weapons sites and materials, according to the sources. Some of the contractors are on the ground in Syria working with the rebels to monitor some of the sites, according to one of the officials.

This confirms that [CIA/Mossad ISIS Proxy Army] rebel forces had access to chemical weapons and that the U.S. helped familiarize [CIA/Mossad ISIS] rebel groups with storing and transporting the weapons.

[The Mossad Side Of ISIS Is Here:]

But a removed article from The Daily Mail seems to prove that the U.S. had planned on helping the rebels actually use chemical weapons as well. The article was supposedly removed because the source of the information was untrustworthy.

A Malaysian hacker was said to have taken emails from British defense contractors from an unprotected server.

Lending credence to this theory that the United States [CIA] trained rebel forces [ISIS] in the use of chemical weapons in order to initiate a false flag attack are the events surrounding the death of Libyan Ambassador Chris Stevens in 2012.

The story is far from Trump’s claim that the U.S. attempts to “prevent and deter the spread and use of deadly chemical weapons.”

The U.S. is an active player in moving weapons all throughout the middle east, arming all sorts of rebel groups, militias, and government. It appears the United States funneled weapons out of Libya to provide Syrian rebels the ability to fight Assad.

A book called The Real Benghazi Story: What the White House and Hillary Don’t Want You to Know details the role Stevens fulfilled in Libya of brokering weapons exports from Libya to countries which backed the [CIA/Mossad ISIS] Syrian rebels.

The author, Aaron Klein, said a group called the February 17 Brigade worked with the CIA to provide security for a special operation in Benghazi and helped facilitate weapons transfers.

The exact nature of the U.S. involvement with the February 17 Brigade that guarded the U.S. special mission might have been unintentionally exposed when a Libyan weapons dealer formerly with the Brigade told Reuters in an in-person interview he had helped ship weapons from Benghazi to the rebels fighting in Syria.

Klein noted that no one seems to have connected the dots from what the weapons dealer said to the activities taking place inside the Benghazi compound and whether the Brigade serves as a cut out to ship weapons.

In the Reuters interview published June 18, 2013, Libyan warlord Abdul Basit Haroun declared he is behind some of the biggest shipments of weapons from Libya to Syria. Most of the weapons were sent to Turkey, he said, where they were, in turn, smuggled into neighboring Syria.

It was Steven’s job to facilitate the retrieval of these Libyan weapons and funnel them to U.S. interests. His death may have been related to militia groups inside Libya not trusting the United States with these weapons, or wanting them for their own use or profit.