While the crypto-currency is promoted as anti-elite and a rare opportunity for the little guy to create some real wealth, Robinson says the Bitcoin scam is actually being peddled by the elite to pull the people away from real money and real wealth. Your News Wire 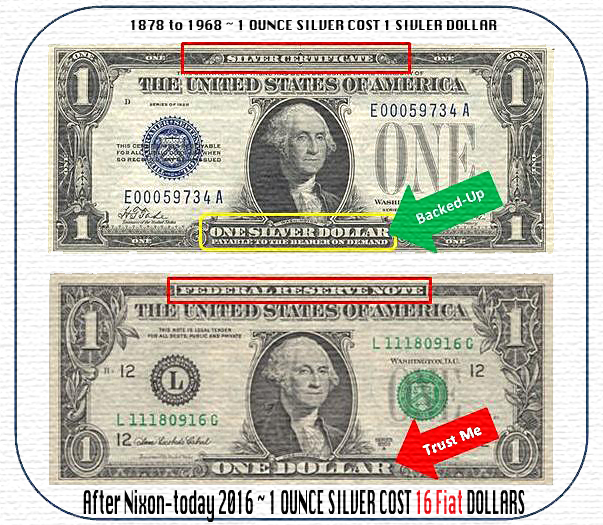 Far too much debt and currency are created.

Central Bank Balance Sheets have increased by $10 trillion in the last decade and $1 trillion YTD in 2017. 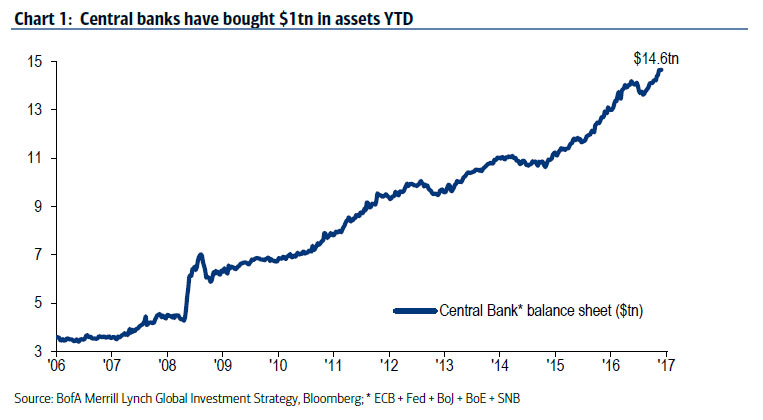 What happens when an extra $10 trillion in central bank debt plus another $80 trillion or so in other global debt is created in a decade?

The debt creation “money hose” levitated the NASDAQ and other stock markets, the bond market, and most commodities. Crude Oil, like gold and silver, rallied much higher and then crashed.

In the U.S. the Dow, S&P, and NASDAQ appear healthy while the economy, employment, and middle class limp along. Many pension funds, after nearly a decade of levitated stock market returns and repressed interest rates, look like a train wreck in the next decade.

Are we close to a blast that will explode our financial world?

It hardly matters what the fuse will be, but a few come to mind

Regardless of which “snowflake” (The James Rickards example) causes the avalanche, there is an avalanche in our future, whether it is an overdue stock market crash, on-going bond market crash, another massive QE program to levitate markets that leads to a crash in the dollar, wars in Syria, North Korea, or wherever the [Deceiving Murderous] powers-that-be choose for 2017-2018. Read “Neocons Have Trump on His Knees.” 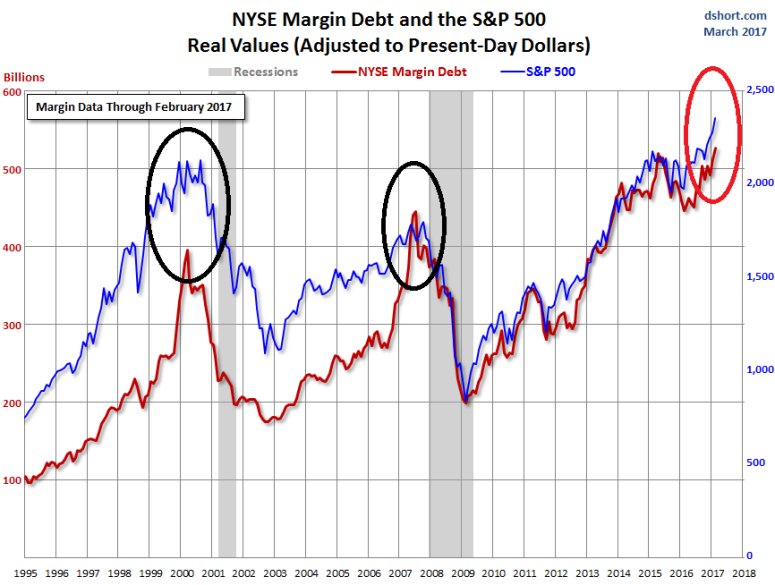 Margin debt looks dangerously high, similar to conditions before the 2000 crash and 2008 crash. 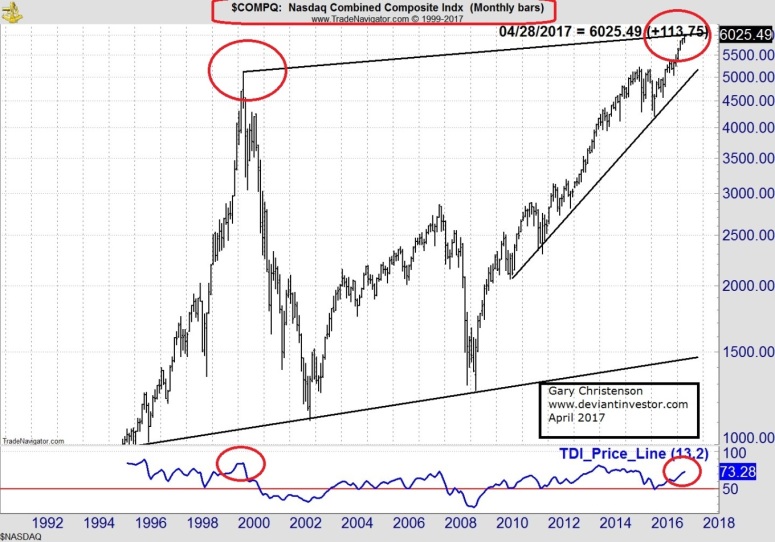 The monthly chart shows 25 years of speculation and crash behavior.

The NASDAQ looks toppy. Watch out below … 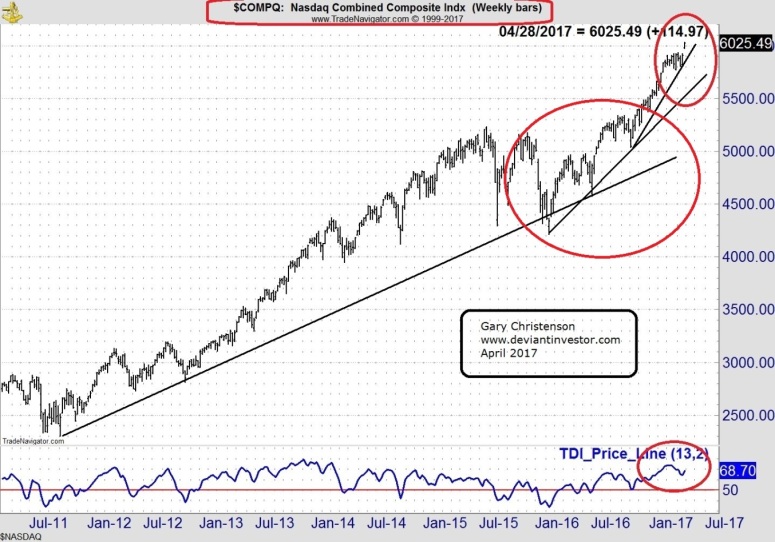 The weekly NASDAQ Composite has accelerated higher – from about 4,600 to 6,000 in ten months.

The daily and weekly charts show upward acceleration and increasingly steep support lines. Markets can accelerate higher for only so long before they either correct or crash.

Contrary to the Happy Talk from the [corporate] media

Sovereign Man: Charles Schwab “announced that the number of new brokerage accounts soared 44% during the first quarter of 2017… the fastest pace in 17 years.” (since the dot-com bust)

“Paul Tudor Jones Has a Message for Janet Yellen: ‘Be Terrified’”

“…years of low interest rates have bloated stock valuations to a level not seen since 2000, right before the Nasdaq tumbled 75% over two-plus years.”

James Rickards: “Markets Are Set Up for a Fall”

“Once the stock market surveys this landscape of higher rates, slower growth, possible recession and government shutdown, it has nowhere to go but down.”

The NASDAQ is primed for a major correction. Other indexes will follow. In response, global central banks will print currencies, levitate markets, buy stocks, extend and pretend, and buy time … making the inevitable crash more devastating.

Timing a top is difficult given manipulated markets, contrived politics and managed news, but April and May of 2017 look like a time for caution, reduction in stock portfolios, and insurance in the form of gold and silver bullion safely stored outside the banking system.