“Special attention was paid to destroying the heads of armed groups. Since early October, ~ 31 of them have been killed,” the general said.

According to the general, on October 3, the leader of Jabhat al-Nusra, Abu Mohammad al-Julani, was seriously wounded, and its security chief Ahmad al-Gizai and several field commanders were killed.

Rudskoi also said that Russian Aerospace Force had made 383 sorties near Deir ez-Zor over the past week and destroyed 993 targets of so-called Islamic State (a terrorist group banned in Russia).

“Over the past week, only near Deir ez-Zor warplanes of the Russian Aerospace Force have made 383 combat sorties and destroyed 993 targets of ISIS terrorists [former name of Islamic State – TASS],” he said.

According to Rudskoi, less than eight percent of Syria’s territory are still controlled by Islamic State.

“As of today, an area of 14,800 square kilometers, or less than eight percent of the Syrian territory, is under control of Islamic State,” he said.

The Russia air force will continue its operation against militants of Islamic State and Jabhat al-Nusra terrorist groups until they are completely eliminated, the general said.

The Russian General Staff does not rule out repeated attacks by Jabhat al-Nusra (a terror organization outlawed in Russia) militants over the city of Hama, and appropriate measures are being taken.

He noted that after a September 19 attack by Jabhat al-Nusra militants over positions of the government forces near Hama, the situation in the Idlib de-escalation zone was stabilized. “Today, deployment of ceasefire control forces has started directly in the zone,” Rudskoy said.

However, the general noted, “Jabhat al-Nusra groups and gangs beholden to it are being deployed from the northern districts of the Idlib Governorate to the south and the southeast.” “Repeated attacks by militants over the city of Hama are possible,” Rudskoy said.

“Syria’s forces and aviation of the Russian Aerospace Forces are taking all measures to prevent spread of armed groups from the given de-escalation zone,” the general stressed.

He reiterated that on September 19 Jabhat al-Nusra attacked positions of the Syrian forces north and northeast of Hama. The offensive was brought to a halt and terrorists pushed back to their release points. Terrorists incurred substantial damages: the government forces killed 2,400 militants and destroyed 27 tanks, 21 multiple rocket launchers, 14 infantry fighting vehicles, 160 pickup trucks and 25 mortars.

The Syrian government troops were able to repel the attacks by 3,000 terrorists in late September and break the blockade of the road to Es Sukhne, according to Rudskoi.

“In late September, the chieftains of the ISIS made the attempt of a large-scale counter-offensive into the depth of the Syrian territory, which involved about 3,000 militants. This grouping was created also through the re-deployment of detachments from Iraq,” Rudskoi said.

“Currently, the operation to liberate the city and free the road has been completed and all the terrorist formations have been eliminated,” the Russian general said.

According to Rudskoi, “over a thousand terrorists with tanks, multiple launch rocket systems and artillery crossed the Syrian border near the town of Abu Kamal from the Iraqi provinces of Anbar and Nineveh where the operation of the US-led coalition is under way” while another 450 IS militants attacked the government troops’ positions from the area near the community of Al Tanf.

Separate terrorist groups were still able to blockade the Es Sukhne – Deir ez-Zor road and also advance towards the town of al-Karatain, the general said.

“As a result of decisive operations by the government troops with the support of the Russian air task force, the terrorists failed to achieve their goals and the ISIL counter-offensive was thwarted while the terrorists’ main forces were eliminated,” the head of the Russian General Staff’s Main Operations Department said.

The Syrian government troops are expanding the bridgehead on the east bank of the Euphrates, successfully developing their offensive in the north and the south of the river, according to Rudskoi.

“The bridgehead on the east bank of the Euphrates River is being expanded. The offensive in the north and the south of the river is developing successfully,” the general said. Russian Airstrikes Kill 304 US Israeli ISIS Terrorists On Euphrates Eastern Bank

The engineer units of the Syrian army have laid out three pontoon and one bridge ferries across the Euphrates with the help of Russian military specialists to provide for the uninterrupted logistics supplies of the grouping and deliver humanitarian aid to civilians, the Russian general said. 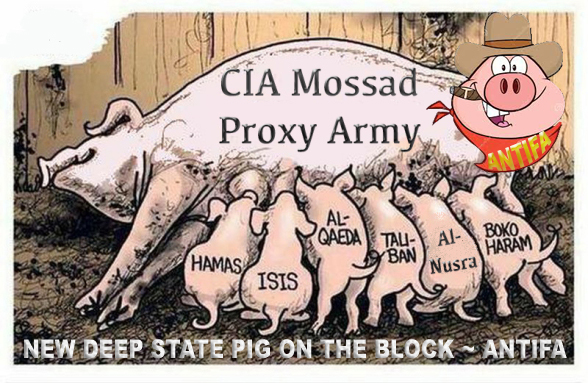 The general also said that Syria’s government forces had entered Mayadin, the largest city under control of the Islamic State.

“Over the past 10 days, the units of General Hassan Sukhel have entered Mayadin, which remains the major settlement that is under control of ISIL (former name of IS),” Rudskoy said.

In Mayadin, in eastern Syria’s Deir ez-Zor Governorate, the terrorists planned to set up a powerful fortified region and pulled in their most combat-effective forces. “Currently, the city is fully seized and the operation to liberate its central quarters is about to be completed,” he said.

Syrian government troops have also completely eliminated Islamic State units near the city of Akerbat. In all, militants have been driven out of 57 populated localities over the past month, Rudskoi said.

“In central Syria, government troops have completely eliminated Islamic State units besieged near the city of Akerbat. Over the past month, Islamic State terrorists have been driven out of 57 populated localities,” he said, adding that government control has been established over an area of 236 square kilometers.

Apart from that, de-escalation zones continue to function in southern Syria, in Eastern Ghouta and ion the north of the province of Homs, and near Tell Rifaat. “Russian military police officers are ensuring the observance of the ceasefire in these zones,” Rudskoi said.