The Bureau of Labor Statistics released Octobers numbers for people not participating in the workforce at 91,541,000 people. This is an increase of 11 Million people since Obama took office who are not in the labor force. Obama was going to be laser-focused on creating jobs and prosperity. Where are those jobs?

10 Uncomfortable Truths About The Growing Unemployment Crisis In America

#2 The U.S. economy lost 623,000 full-time jobs last month.  But we are being told to believe that the economy is actually getting “better”.

#3 The number of American women with a job fell by 357,000 during the month of October.

#4 The average duration of unemployment in October 2013 was nearly three times as long as it was in October 2000.

#5 The number of Americans “not in the labor force” increased by an astounding 932,000 during October.  In other words, the Obama administration would have us believe that nearly a million people “disappeared” from the U.S. labor force in a single month.

#6 The number of Americans “not in the labor force” has grown by more than 11 million since Barack Obama first entered the White House.

#8 If the labor force participation rate was still at the same level it was at when Barack Obama was elected in 2008, the official unemployment rate would be about 11 percent right now.

#9 Even if you are working, that does not mean that you are able to take care of yourself and your family without any help.  In fact, approximately one out of every four part-time workers in America is living below the poverty line.

Only a small handful of people have looked objectively at the issue. These few and the large number of Americans whose careers have been destroyed by outsourcing have a different view of outsourcing’s impact. But so far there has been no debate, just a shouting down of skeptics as “protectionists.” 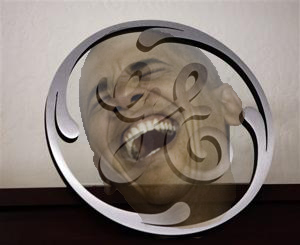 Now comes an important new book, Outsourcing America, published by the American Management Association. The authors, two brothers, Ron and Anil Hira, are experts on the subject. One is a professor at the Rochester Institute of Technology, and the other is professor at Simon Fraser University.

The authors note that despite the enormity of the stakes for all Americans, a state of denial exists among policymakers and outsourcing’s corporate champions about the adverse effects on the US. The Hira brothers succeed in their task of interjecting harsh reality where delusion has ruled.

In what might be an underestimate, a University of California study concludes that 14 million white-collar jobs are vulnerable to being outsourced offshore.

The authors note that these are the jobs of the American Dream, the jobs of upward mobility that generate the bulk of the tax revenues that fund our education, health, infrastructure, and social security systems.

The loss of these jobs “is fool’s gold for companies.” Corporate America’s short-term mentality, stemming from bonuses tied to quarterly results, is causing US companies to lose not only their best employees-their human capital-but also the consumers who buy their products. Employees displaced by foreigners and left unemployed or in lower paid work have a reduced presence in the consumer market. They provide fewer retirement savings for new investment.

Nothink economists assume that new, better jobs are on the way for displaced Americans, but no economists can identify these jobs. The authors point out that “the track record for the re-employment of displaced US workers is abysmal:

“The Department of Labor reports that more than one in three workers who are displaced remains unemployed, and many of those who are lucky enough to find jobs take major pay cuts. Many former manufacturing workers who were displaced a decade ago because of manufacturing that went offshore took training courses and found jobs in the information technology sector. They are now facing the unenviable situation of having their second career disappear overseas.”

American economists are so inattentive to outsourcing’s perils that they fail to realize that the same incentive that leads to the outsourcing of one tradable good or service holds for all tradable goods and services. In the 21st century the US economy has only been able to create jobs in nontradable domestic services-the hallmark of a third world labor force.

Prior to the advent of offshore outsourcing, US employees were shielded against low wage foreign labor. Americans worked with more capital and better technology, and their higher productivity protected their higher wages.

Outsourcing forces Americans to “compete head-to-head with foreign workers” by “undermining US workers’ primary competitive advantage over foreign workers: their physical presence in the US” and “by providing those overseas workers with the same technologies.”

The result is a lose-lose situation for American employees, American businesses, and the American government. Outsourcing has brought about record unemployment in engineering fields and a major drop in university enrollments in technical and scientific disciplines.

Even many of the remaining jobs are being filled by lower paid foreigners brought in on H-1b and L-1 visas. American employees are discharged after being forced to train their foreign replacements.

US corporations justify their offshore operations as essential to gain a foothold in emerging Asian markets. The Hira brothers believe this is self-delusion.

“There is no evidence that they will be able to outcompete local Chinese and Indian companies, who are very rapidly assimilating the technology and know-how from the local US plants. In fact, studies show that Indian IT companies have been consistently outcompeting their US counterparts, even in US markets. Thus, it is time for CEOs to start thinking about whether they are fine with their own jobs being outsourced as well.”

The authors note that the national security implications of outsourcing “have been largely ignored.”

As these countries are not leaders in advanced technology, the deficits obviously stem from US offshore manufacturing. In effect, the US is giving away its technology, which is rapidly being captured, while US firms reduce themselves to a brand name with a sales force.

In an appendix, the authors provide a devastating expose of the three “studies” that have been used to silence doubts about offshore outsourcing-the Global Insight study (March 2004) for the Information Technology Association of America, the Catherine Mann study (December 2003) for the Institute for International Economics, and the McKinsey Global Institute study (August 2003).

The ITAA is a lobbying group for outsourcing. The ITAA spun the results of the study by releasing only the executive summary to reporters who agreed not to seek outside opinion prior to writing their stories.

Mann’s study is “an unreasonably optimistic forecast based on faulty logic and a poor understanding of technology and strategy.”

The McKinsey report “should be viewed as a self-interested lobbying document that presents an unrealistically optimistic estimate of the impact of offshore outsourcing and an undeveloped and politically unviable solution to the problems they identify.”

Outsourcing America is a powerful work. Only fools will continue clinging to the premise that outsourcing is good for America.

Dr. Paul Craig  Roberts was Assistant Secretary of the Treasury in the Reagan administration. His latest book, “How The Economy Was Lost,” has just been published by CounterPunch/AK Press.