When a fire is raging, firefighters are called – not the arsonist who started it, especially if they return to the scene of the crime dragging a barrel of gasoline behind them. Yet, this is precisely what the US proposes – that they – the geopolitical arsonists – be allowed to return to Iraq to extinguish the threat of heavily armed sectarian militants streaming from NATO territory in Turkey and edging ever closer to Baghdad.

ISIS: Made in USA 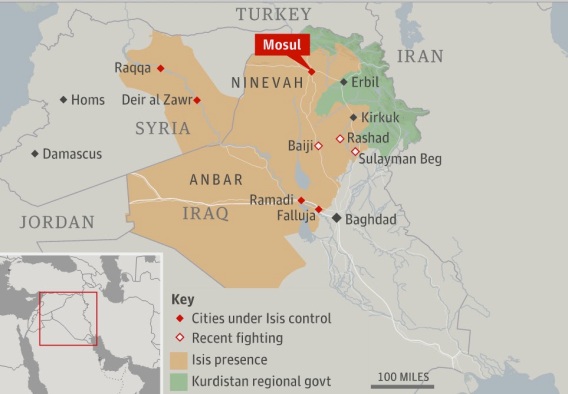 The Islamic State in Iraq and Syria (ISIS) is a creation of the United States and its Persian Gulf allies, namely Saudi Arabia, Qatar, and recently added to the list, Kuwait.

The Islamic State of Iraq and Syria (ISIS), now threatening Baghdad, was funded for years by wealthy donors in Kuwait, Qatar, and Saudi Arabia, three U.S. allies that have dual agendas in the war on terror.

Despite the candor of the opening sentence, the article would unravel into a myriad of lies laid to obfuscate America’s role in the creation of ISIS.

The article would [incorrectly] claim:

The extremist group that is threatening the existence of the Iraqi state was built and grown for years with the help of elite donors from American supposed allies in the Persian Gulf region. There, the threat of Iran, Assad, and the Sunni-Shiite sectarian war trumps the U.S. goal of stability and moderation in the region.

However, the US goal in the region was never “stability” and surely not “moderation.”

As early as 2007, sources within the Pentagon and across the US intelligence community revealed a conspiracy to drown the Middle East in sectarian war, and to do so by arming and funding extremist groups including the Muslim Brotherhood [NWO Political Shiite Faction] and Al Qaeda [CIA Created To Overthrow Nation States] itself. 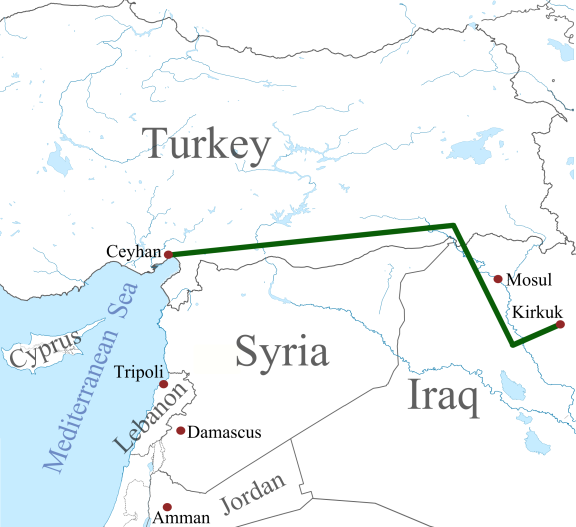 “The Redirection: Is the Administration’s new policy benefiting our enemies in the war on terrorism?”

To undermine Iran, which is predominantly Shiite, the Bush Administration had decided, in effect, to reconfigure its priorities in the Middle East.

In Lebanon, the Administration has coöperated with Saudi Arabia’s government, which is Sunni, in clandestine operations that are intended to weaken Hezbollah, the Shiite organization that is backed by Iran.

The U.S. has also taken part in clandestine operations aimed at Iran and its ally Syria. [True]

A by-product of these activities has been the bolstering of Sunni extremist groups that espouse a militant vision of Islam and are hostile to America and sympathetic to Al Qaeda. [Kinda]

[I am sure there were Sunnis fighting back against the genocide being committed against them ~ but the troubles in Iraq now are from the U.S. fomented groups monikered primarily as ISIS who are the NWO Henchmen.]

The 9 page, extensive report has since been vindicated many times over with revelations of US, NATO, and Persian Gulf complicity in raising armies of extremists within Libya and along Syria’s borders. ISIS itself, which is claimed to occupy a region stretching from northeastern Syria and across northern and western Iraq, has operated all along Turkey’s border with Syria, “coincidentally” where the US CIA has conducted years of “monitoring” and arming of “moderate” groups.

In a March 2013 Telegraph article titled, “US and Europe in ‘major airlift of arms to Syrian rebels through Zagreb’,” it was reported that a single program included 3,000 tons of weapons sent in 75 plane loads paid for by Saudi Arabia at the bidding of the United States. The New York Times in its article, “Arms Airlift to Syria Rebels Expands, With C.I.A. Aid,” admits that the CIA assisted Arab governments and Turkey with military aid to terrorists fighting in Syria constituting hundreds of airlifts landing in both Jordan and Turkey.

The vast scale of US, NATO, and Arab aid to terrorists fighting in Syria leaves no doubt that the conspiracy described by Hersh in 2007 was carried out in earnest, and that the reason Al Qaeda groups such as Al Nusra and ISIS displaced so-called “moderates,” was because such “moderates” never existed in any significant manner to begin with.

While articles like the Daily Beast’s “America’s Allies Are Funding ISIS” now try to portray a divide between US and Persian Gulf foreign policy, from Hersh’s 2007 article and all throughout the past 3 years in Libya and Syria, the goal of raising an army in the name of Al Qaeda has been clearly shared and demonstrably pursued by both the US and its regional partners.

The plan, from the beginning, was to raise an extremist expeditionary force to trigger a regional sectarian bloodbath – a bloodbath now raging across multiple borders and set to expand further if decisive action is not taken.

When The Rothschild Zionists Came For…

When the Zionists and their dupes first came for the holocaust questioners,
I remained silent;
For I did not ask questions and accepted the story.

When they imprisoned the revisionists,
I remained silent;
For the media told me they were hate-mongers.

When they extradited the critics of Israel and imprisoned them,
I did not speak out;
For I feared being called anti-Semitic and losing my job.

When they murdered the nationalists,
I remained silent;
For I was taught to despise my own race.

When they arrested the patriots,
I remained silent;
For I trusted in Big Government and the European Union.

When they came for the Christians,
I remained silent;
For I rejected the divinity of Christ.

When they came for the opponents of the New World Order,
I remained silent;
For I was afraid of Satan.

When they came for me, I cried out in anguish and despair,
But there was no one left to help me. ___

Despite an open conspiracy to drown the region in sectarian strife, the US now poses as a stakeholder in Iraq’s stability.

Having armed, funded, and assisted ISIS into existence and into northern Iraq itself, the idea of America “intervening” to stop ISIS is comparable to an arsonist extinguishing his fire with more gasoline.

Reviled across the region, any government – be it in Baghdad, Tehran, or Damascus – that allies itself with the US will be immediately tainted in the minds of forces forming along both sides of this artificially created but growing sectarian divide. Iran’s mere consideration of joint-operations with the US can strategically hobble any meaningful attempts on the ground to stop[U.S. ISIS]  from establishing itself in Iraq and using Iraqi territory to launch [NWO] attacks against both Tehran and Damascus.

Any Iranian assistance to Iraq should be given only under the condition that the US not intervene in any manner. Iran’s main concern should be portraying the true foreign-funded nature of ISIS, while uniting genuine Sunni and Shia’a groups together to purge what is a foreign invasion of Iraqi territory. 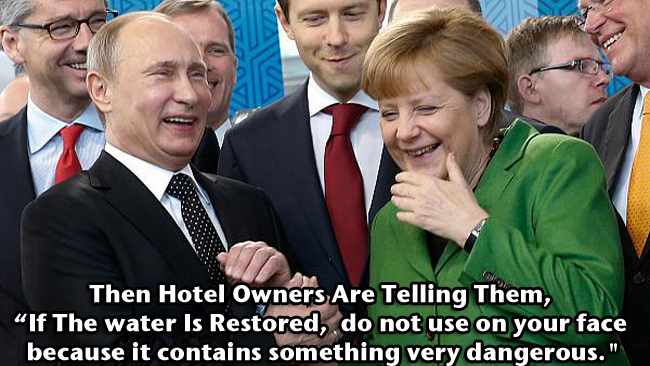 Sochi, Olympics: Russians Hit Back At The Rothschild Western Media, “Please Don’t Flush The Toilet Paper Down The Toilet”!

Iran must also begin allaying fears among Iraq’s Sunni population that Tehran may try to use the current crisis to gain further influence over Baghdad.

While the US downplays the sectarian aspects of ISIS’ invasion of Iraq before global audiences, its propaganda machine across the Middle East, assisted by Doha and Riyadh, is stoking sectarian tensions.

The ISIS has committed itself to a campaign of over-the-top sectarian vitriol and atrocities solely designed to trigger a wider Sunni-Shia’a conflict.

That the US created ISIS and it is now in Iraq attempting to stoke a greater bloodbath with its already abhorrent invasion, is precisely why Tehran and Baghdad should take a cue from Damascus, and disassociate itself from the West, dealing with [U.S. Moniker] ISIS themselves.