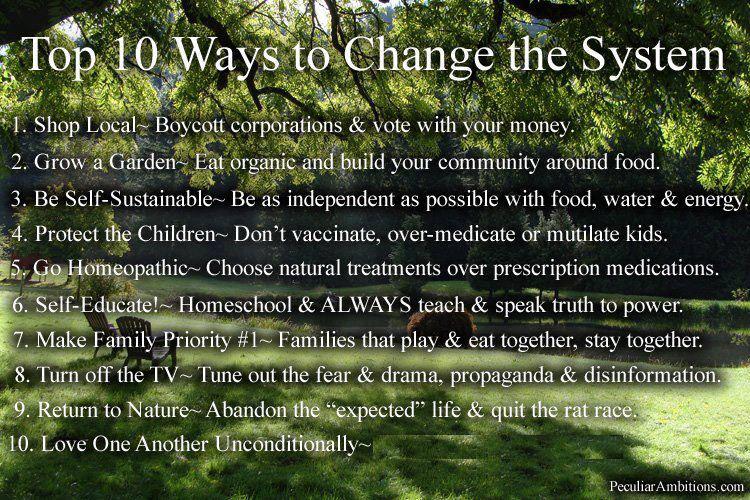 Here’s your economics quiz for the day:

Question 1– What do you think would happen if you put $3 trillion into the financial system?

c–Stock prices would stay the same

Question 2– What do you think would happen if you put $3 trillion into the economy? (Via fiscal stimulus for infrastructure projects, extended unemployment benefits, food stamps, etc)

a–Activity would increase and the economy would grow

b–Activity would slow and the economy would shrink

c–Activity would stay the same, so growth would remain unchanged

If you picked “a” for both questions, then pat yourself on the back because you got the right answers.

Now try to answer this one, last “bonus” question: 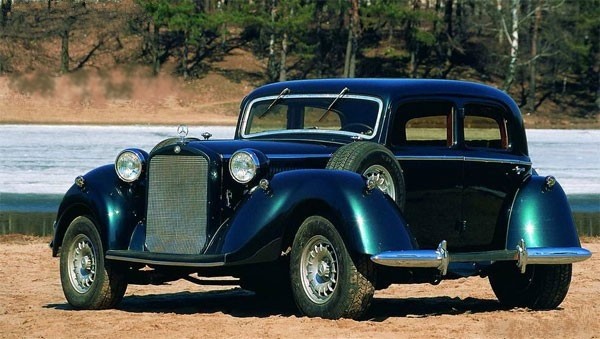 Probably not. There’s probably some other explanation altogether, after all, why would someone put gas in their radiator when the gas-tank is empty. That’s not going to provide fuel for the engine, is it? The same rule applies to stimulus.

The only way stimulus can work is if its put where it’s needed. And we can now say with 100 percent certainty, that the Fed’s stimulus wasn’t put where it was needed which is why it hasn’t worked.

How do we know that?

Just take a look at GDP. Second Quarter GDP came in at a dismal 1.2 percent even though interest rates are still locked at near-zero and the Fed is still recycling the cash from maturing bonds into more government debt.

Do you know what 1.2 percent GDP means?

It means that the economy has basically stopped breathing, been taken off the respirator and is being rushed to the morgue for embalming before rigor mortis sets in.

It means that the people who are assigned the task of managing the system either:

Now we’ve all heard the expression, “The definition of insanity is doing the same thing over and over again, and expecting a different result”. 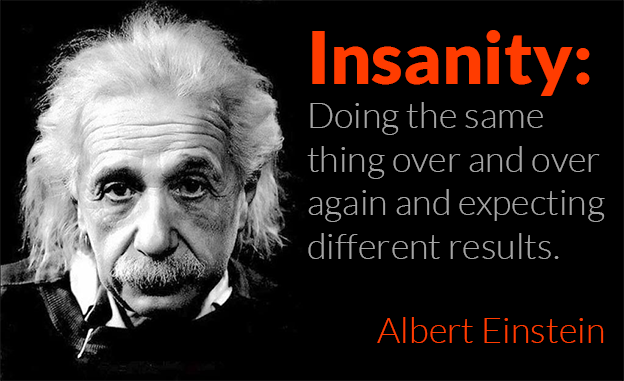 Well, the Fed has been doing the same thing for the last seven years — dumping money into the financial system while predicting stronger growth. That would seem to suggest that the Fed is insane, but is the Fed insane?

No, in fact, the members of the FOMC are extremely-bright, well-educated professionals who have a solid grasp of the economy and the many intricacies of the financial system.

These are smart guys, real smart. So, maybe they have an ulterior motive. Maybe that’s why they’ve stuck with the same failed policies all these years.

But if they have an ulterior motive, then what is it? What are they trying to achieve?

The easiest way to answer that question is by simply following the money. We’ve already seen that QE and zero rates have done nothing for growth, so –the question is– where have these policies had the greatest impact?

Why, the stock market, of course!

Now if stocks rise due to fundamentals, then that’s just great because it means the underlying strength of the economy is driving prices higher.

But if stock prices rise because the people who are supposed to be the referees (The Fed) are gaming the system by printing up trillions of dollars and sticking it in the financial markets so their crooked friends can send their kids to Ivy League schools and drive around in Lamborghinis, then it’s not so great.

When the Fed pumps liquidity directly into the financial system, that liquidity cannot accurately be called “monetary stimulus”.

And while rising stock prices don’t necessarily prove that the Fed has an ulterior motive; identifying the people who benefit from those inflated prices certainly does. After all, who owns stocks and bonds?

We can break these people up into three separate groups; The pretty rich, the very rich and the filthy rich. These are the people who own stocks and who benefit from the Fed’s policies.

So what does this tell us about the Fed’s “full employment, price stability” mandate?

The whole idea that the mousy Ms Yellen is calling the shots for the world’s most powerful financial institution is the most ridiculous thing I’ve ever heard. Does anyone actually believe that rubbish?

Yellen is a public relations invention, a small but critical part of a larger charade that is intended to conceal the manner by which the vast bulk of the nation’s wealth is transferred from one class to another.

Let’s call it The Great Central Bank Policy Swindle, because that’s what it is. The Fed is merely an apparatchik agency that keeps its thumb on the scale to make sure all the loot goes to its bloodsucking constituents. That’s how the system works. Here’s a little background from an article at the WSWS:

“A new report issued by the Swiss bank Credit Suisse finds that global wealth inequality continues to worsen and has reached a new milestone, with the top 1 percent owning more of the world’s assets than the bottom 99 percent combined.

Of the estimated $250 trillion in global assets, the top 1 percent owned almost exactly 50 percent, while the bottom 50 percent of humanity owned collectively less than 1 percent.

But it’s not just the fact that half of everything is owned by a handful of obscenely-wealthy, money-grubbing loafers. This same voracious crew of miscreants is pulling down the lions-share of the yearly income too. Check it out:

“The census data also reveals that income inequality in America remained virtually unchanged from 2014, with the wealthy in the top fifth of the population taking in about half of all household income, while the bottom fifth earned only 3.4 percent.” (“Despite increase in 2015, US household income still lags behind pre-recession levels“, WSWS

So –not only do the plutocrats own half of everything on planet earth– their share of the booty is actually increasing every year. Nice, eh?

The point is, none of this is accidental. These outcomes are the direct result of policy, the Fed’s policies. And the Fed is not alone either. This greatly-accelerated class war is a now global phenom. Just look at this tidbit I picked up from an article at CNBC:

“Data from JPMorgan shows that the top 50 central banks around the world have cut rates 672 times since the collapse of Lehman Brothers, a figure that translates to an average of one interest rate cut every three trading days. This has also been combined with $24 trillion worth of asset purchases.” (“QE Infinity: Are we heading into the unknown?“, CNBC

$24 trillion represents the biggest freaking bank heist in human history, and what do we have to show for it?

A big fat nothing, that’s what! All the data is sagging and global growth has slowed to a crawl. It’s like all the dough that was supposed to strengthen the fictitious recovery just vanished into thin air. Poof!

So why hasn’t that $24 trillion had more of an impact? Why isn’t their more inflation, more activity, more spending, more consumption and more growth??? 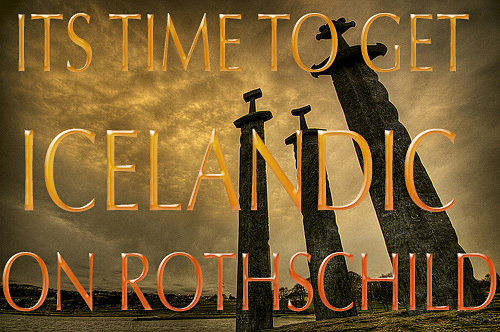 It’s because everywhere the global bank cartel has its tentacles, the same policies of austerity and QE have been adopted. (Japan, UK, EU, US etc)

Everywhere you look it’s caviar and Dom Perignon for the investor class and thin gruel and table scraps for everyone else. Everywhere economies are being gutted, looted, hollowed out by financial parasites who seek greater gain by holding down wages, slashing benefits and retirement, and eviscerating standards of living for ordinary working slobs while the big money honchos are living the life of Riley.

Everywhere it’s starve the beast but gorge the rich.

This is political economy writ large. Trump is right, the Fed is the most political institution in government. It IS the government, and it has an absolute stranglehold on the economy.

Is it any wonder why owners of wealth are no longer using their money to invest in future production or growth or retooling or building factories or anything. Instead, they’re buying back their own shares, issuing fat dividends on droopy earnings, and shrinking their businesses in the relentless pursuit of short-term gain.

This type of destructive behavior didn’t just appear out of the ether. Heck, no. The Fed’s easy money policies created irresistible incentives for this reckless, suicidal behavior.

That means the Fed is 100 percent responsible for the fragile condition of the financial system and the ginormous asset-price bubble that’s headed lickety-split for the power-lines.

But now it’s all coming to a head. Now all the bigtime global institutions (IMF, BIS, WTO, OECD) are warning that a “Hard Rain’s a-gonna Fall” and that the day of reckoning may be at hand.

OECD Did However Expose Soros’s headquarters in the Caribbean tax haven of Curacao which is the hub for laundering illegal proceeds from the Latin American cocaine and other drug traffic.

According to a recent report by the Organization for Economic Co-operation and Development (OECD), GDP-per-capita will grow only 1% in 2016, “which is half the average in the two decades preceding the crisis.”

As it happens, the OECD report is no more apocalyptic then the others, it’s just more explicit in what it expects to transpire. Here’s more on the report from Wolf Street:

“Financial instability risks are rising, including from exceptionally low interest rates and their effects on financial assets and real estate prices.”…

Share prices have risen significantly in recent years in advanced economies, notably in the United States. By contrast, the growth of profits for non-financial companies has recently slowed to a modest pace, following a post-crisis recovery… 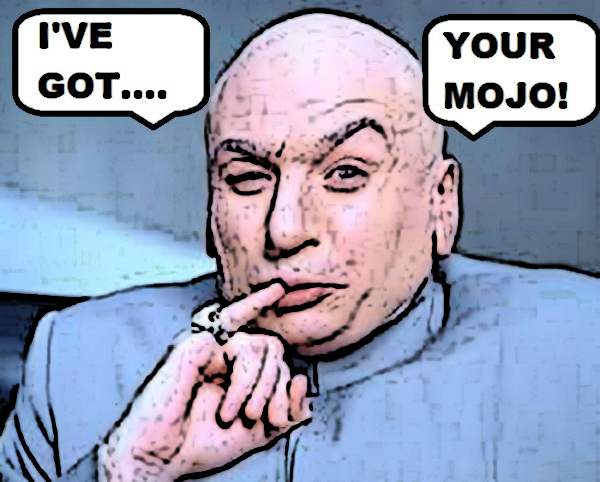 Oh, and did you catch the part about “a substantial re-pricing of assets”. That’s financial jargon for “a crash”, a big, thundering, cataclysmic, earth-shattering CRASH.

The author is simply stating the obvious, that Central Banks have brought us to the brink of another gut-wrenching downward spiral followed by another excruciating financial crisis.

And it’s all by design, the unavoidable result of the Fed’s destabilizing, wealth-shifting policies.

How many times are we going to go through this drill before we disband the Fed and start from scratch?