Iraq’s military has effectively gained control of major assets and government buildings in Kirkuk city, and is now set to fully pacify it after overnight clashes at a moment when oil prices rose toward a six month high as the conflict now threatens output.

Iraq’s elite Counter-Terrorism Force has taken over the provincial government headquarters in the center of Kirkuk after operations to seize the city from Kurdish forces began overnight – the contested city is now reportedly under the control of Iraqi national forces.

Some of the first footage Western audiences woke up to Monday morning were of (ironically enough) US supplied [seized] equipment – including tanks, being used to bulldoze images of Iraqi Kurdistan President Masoud Barzani.

Iraqi forces have further pulled down Kurdish flags flying over government buildings throughout the city, while leaving the Iraqi flag flying.

The Iraqi advance on the oil-rich and ethnically diverse previously Kurdish-held city was lightning fast and largely without a major fight – aided by the fact that some Kurdish [Very Small breakaway group from Kurdistan] Peshmerga fighters [US Israeli Terrorists] fled their posts as national militias advanced, which is a reflection of Iraqi Kurdistan’s own political divide: one faction within the PUK Peshmerga (Patriotic Union of Kurdistan) is relatively pro-Baghdad, making the Iraqi advance easy in sections of the city held by the group.

And though Kurdish media frequently highlighted footage of armed civilians taking to the streets Sunday and Monday, the city’s large Turkmen population as well as the up to 20% Arab and Assyrian population generally fears and rejects [US Israeli] Kurdish dominance over the region.

The Kurdish opposition party PUK, whose fighters allowed Iraqi forces to enter parts of the city, confirmed Monday that it allowed the breach after reaching an agreement with the Iraqi military even as fighters representing the governing Kuristan Democratic Party (KDP) continued to battle.

A Peshmerga [politically controlled by US Israel] spokesman, however, warned that the  “government of Abadi bears the main responsibility for triggering war on the Kurdistan people, and will be made to pay a heavy price.” The Peshmerga further accused those PUK factions which refused to fight of “plotting” against the Kurds and committing “a great and historic treason.” [This is another polarity game by the deep state of the US]

Most Kurds are anti-West but the US deep state does have a hold inside the Kurdistan region of Iraq. That said, its a house of cards but never the less it must be addressed. Kurdistan region is part of the Iraqi Constitution of 2005, but its also in the plans by the deep state to orchestrate their “Greater Israel’ scheme to control all oil in the M.E.

Iraq is going to claim hold of the Kirkuk oil and bypass Kurdistan region transferring the oil via Turkey to Ceyhan port ~ so the deep state again is left floundering ~ this is a very good move for Iraq.

Iraq has just increased its supply of Oil to China by 30% and to India 23%.

The financial measuring stick is transferring from fiat derivatives to finite gold/silver. China, India, Russia are all about gold/silver backing the exchanges in yuan/ruble/rupee. JP Morgan at the CBI is in a sweat box ~ there are clouds on the horizon for corrupt bankers.

Soon Iraq will be free.]

A PUK Peshmerga commander, Wista Raool, told the New York Times that his party seeks the return of contested oil fields to the federal government:

Mr. Raool accused Mr. Barzani and his party of “stealing” the oil from the Iraqi government. Many members of the P.U.K., which maintains its own pesh merga force, opposed the referendum vote because it was led by Mr. Barzani.

The commander of forces there, Kamal Karkokly, said in an interview at his command post Sunday that his fighters would not surrender their positions. “We have enough weapons,” Mr. Karkokly said. “We can fight as long as we have to.”

Though oil production continued without interruption throughout the end of last week and over the weekend, even as reports of fighting south of Kirkuk surfaced, Reuters [Reuters owned & operated by deep state Rothschild] reported early Monday some 350,000 barrels per day (bpd) of production was temporarily shut down from major fields Bai Hassan and Avana due to security concerns as Iraqi forces entered Kirkuk.

The Kurdistan Region’s Ministry of Natural Resources (MNR) on Monday denied rumors of oil production being shut down following the recent violence in Kirkuk Province. Ashti Hawrami, MNR’s minister of natural resources, ordered the resumption of full production from oil fields in Kirkuk after a brief interruption.

“We’ve got confirmation from military commanders that it’s a matter of a very short time,” and added, “our brave forces will regain control of all Kirkuk oil fields and then we will restart production immediately.”

This morning, the US embassy in Baghdad issued a statement calling for calm on both sides, and reiterating the common cause of fighting ISIS:

We support the peaceful exercise of joint administration by the central and regional governments, consistent with the Iraqi Constitution, in all disputed areas. ISIS remains the true enemy of Iraq, and we urge all parties to remain focused on finishing the liberation of their country from this menace.

Ironically, the US has given military aid to both sides which were previously partners in anti-ISIS operations, which is why US equipment is increasingly appearing on either side of the firefights. 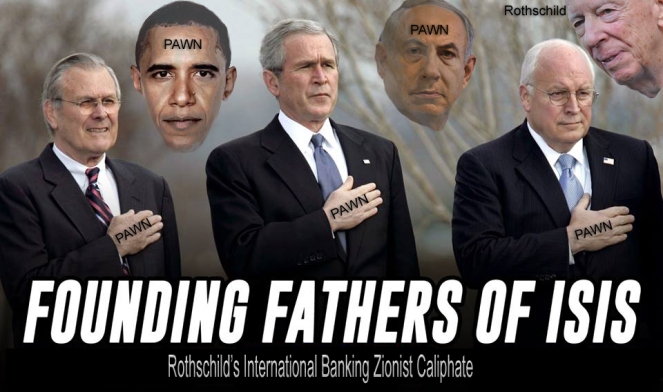